What is the disease that affects my plants?

I'm in Brisbane (Australia) and I water my plants on regular basis. Unfortunately, recently I noticed that something is destroying them and I wondering if you could help identify what that is. 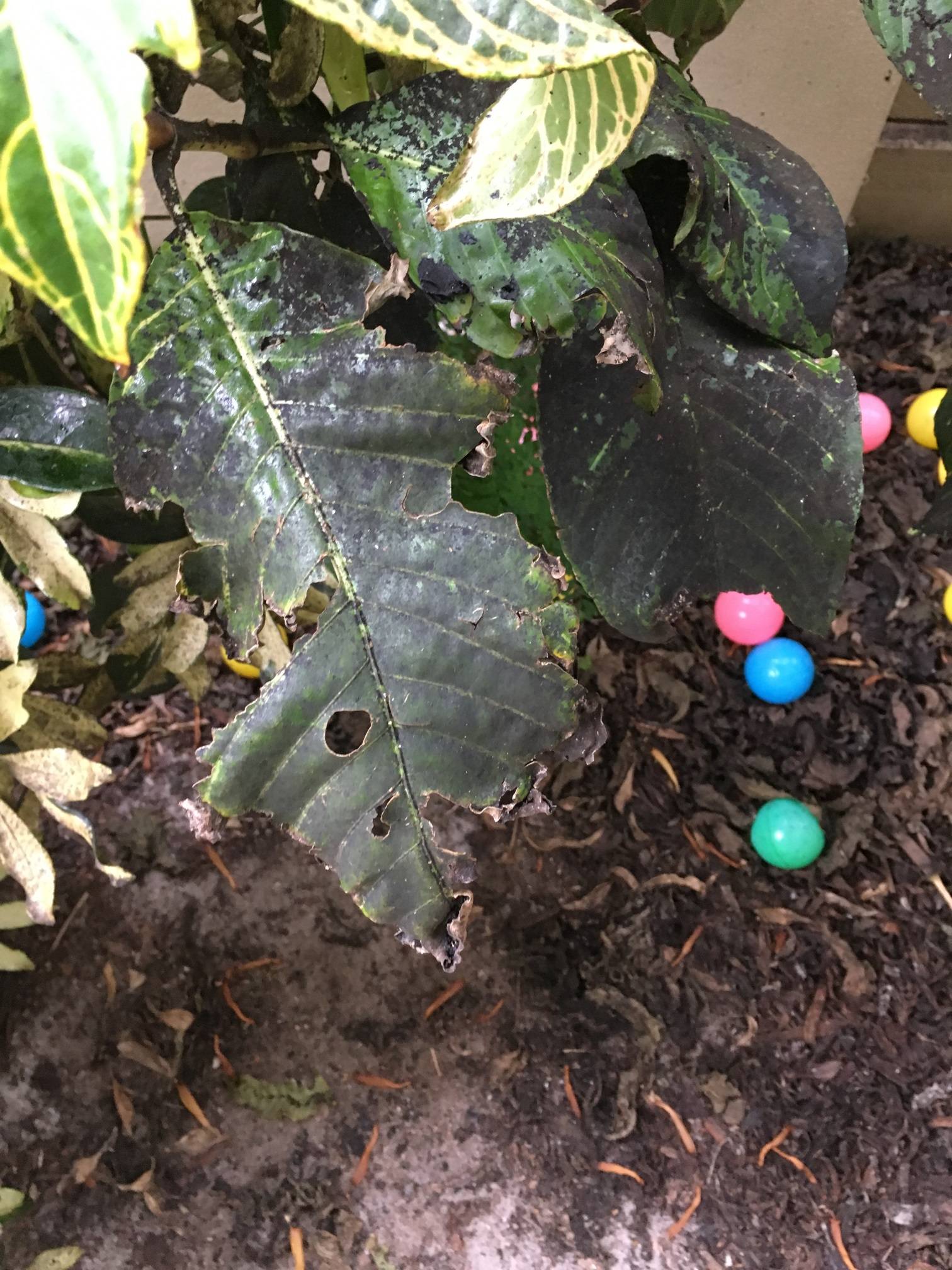 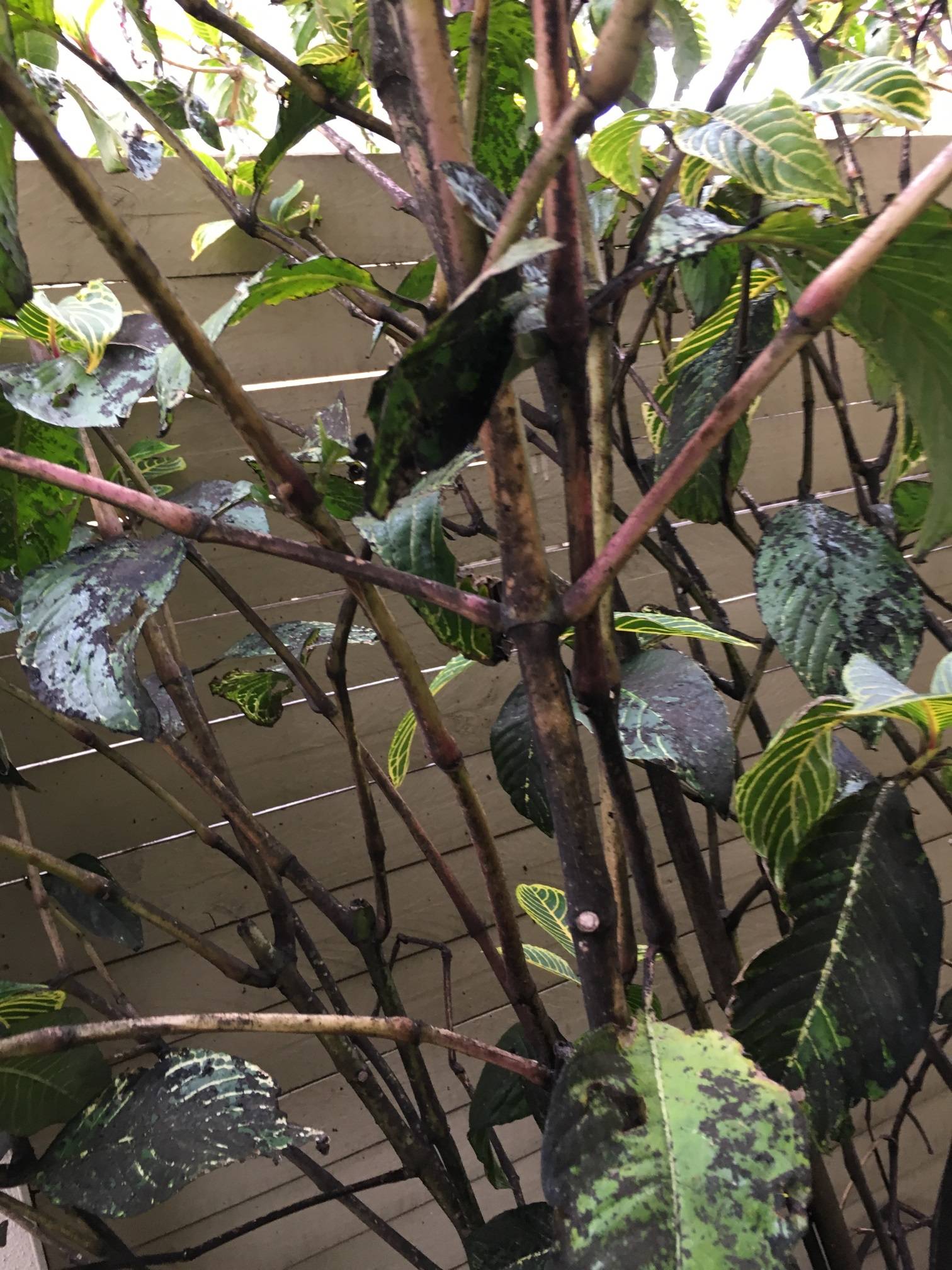 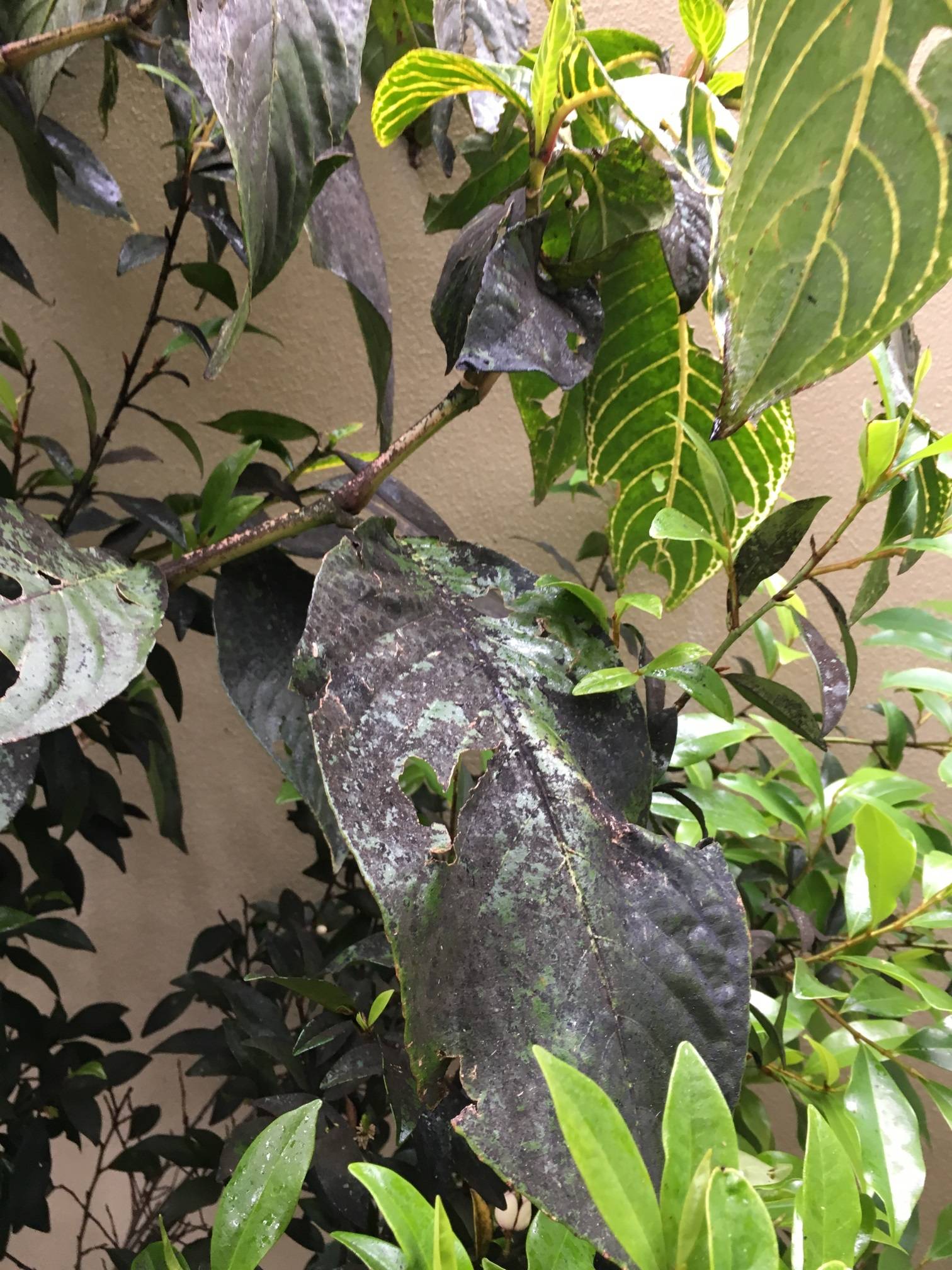 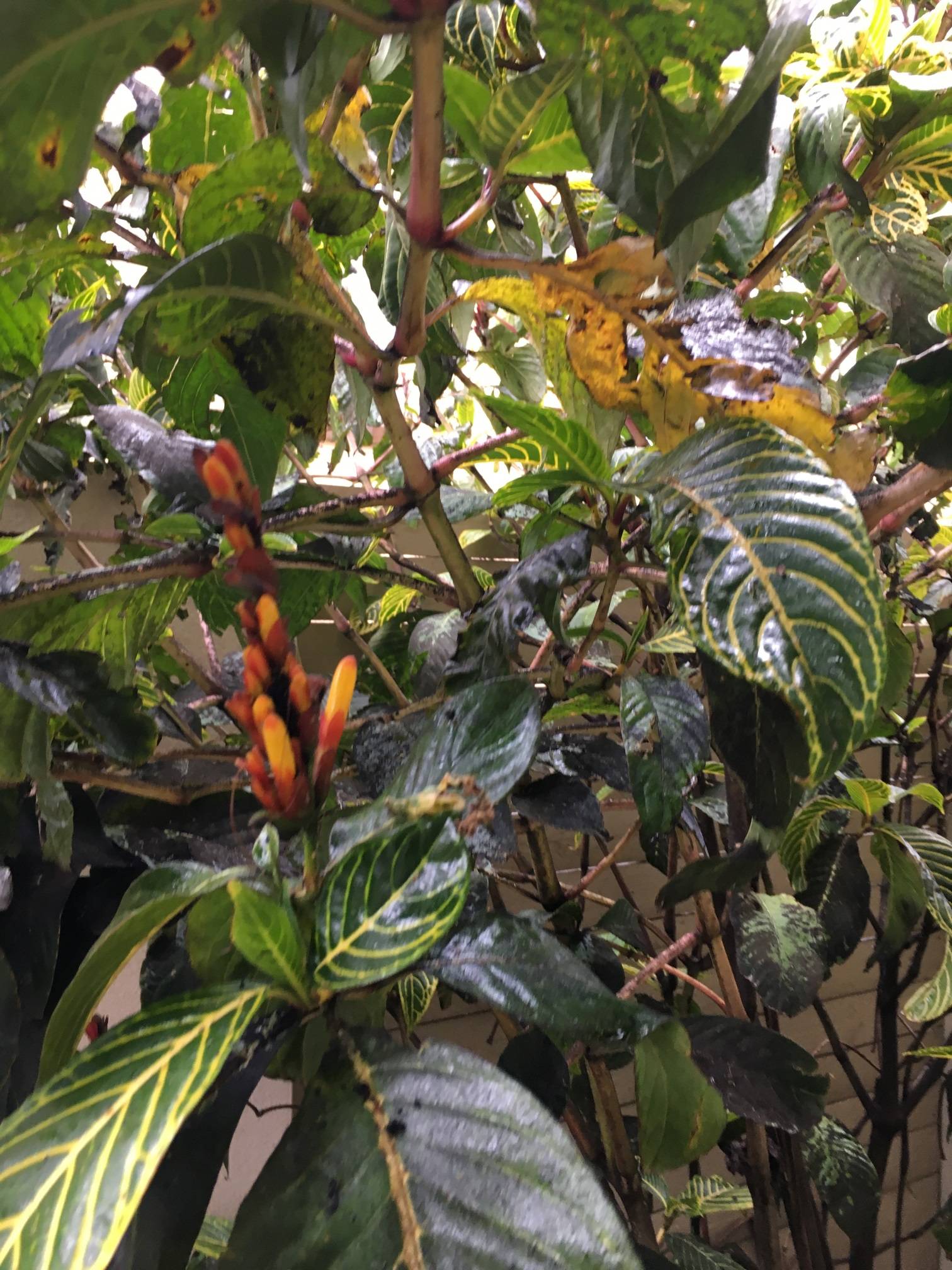 Honeydew is excrement of sucking insects like aphids...poo poo and piss. The black is a fungus (sooty mold) that uses this excrement for energy. Recycling, gotta love it. I see that possibly something happened 6 months ago that boosted these poor plants love of life?! Yes?

Your plants need to be cut back, then into the shower on cold of course, spray plantss with 1 tbsp castile soap to a quart of water. Gentle gentle gentle rubbing that black goo off. Perhaps a series of short sessions. Turn the shower back on to rinse. Re pot in clean soil and I can't see the size of plant and pot but possibly new and larger pots. MORE LIGHT, less water, less fertilizer...use just osmocote 14-14-14 extended release once or twice a year and that is all. Plants in shade given too much fertilizer will have thinner more vulnerable growth for sucking insects/diseases. Cut back so you don't have stumps. Chose branching that goes to the outside not the inside of your plants. Looks like a few more brethren are included with your main plant, shoot, tip of my tongue...whatever, your plants could all use their own pots. Did I say MORE LIGHT? Less water, quit misting your plants but a once every other month soaking and cleaning in the shower is tremendous. Do you have a covered porch? If you do they could go outside under the roof of that porch (no direct sun) during the summers. This gives them enough light to make their own food and store it in their roots to last all winter, boosting the life of your indoor plants.

It does look like Sooty Mould, but its impossible to tell from the picture whether there is a scale or aphid infestation, the end result of which is often sooty mould. Treat the scale or insect pest, and the sooty mould will disappear, or it can be washed off. Check the backs of leaves, the stems and branches to see if you can find scale insect or something; if there's a tree above your plant/s, the sooty mould might be caused by honeydew drip from the tree because its the tree which is infested with scale or a heavy aphid infestation.

Aphids and scale insect produce honeydew - this often means you see ants crawling over the plants, but they're simply harvesting the honeydew, so no treatment is required for the ants. Once leaves get honeydew all over them, sooty mould often sets in, so the mould is usually a late symptom of an infestation of some sort. However, I notice blackening on the woody stems - if that washes off, it is just sooty mould, but if it doesn't, it may be another, more serious problem with the plant.

That appears to be sooty mold http://www.extension.umn.edu/garden/yard-garden/trees-shrubs/sooty-mold/

12
Can anyone identify this abnormality that is on my dwarf citrus?
4
What kind of ivy plants are these?
7
Grapes leaves too dry - is that normal?
7
What is this herbaceous plant that I grew from seeds?
2
What are these small raised black marks on my plants?
3
What is this beautiful pest that affects my garden?
4
Webs, black spots, and dying leaves- what disease is inflicting my plants?
2
Please help identify this plant - we are worried!
2
Need help identifying Mystery plant