Should I do something about these? Does it signify something bad? 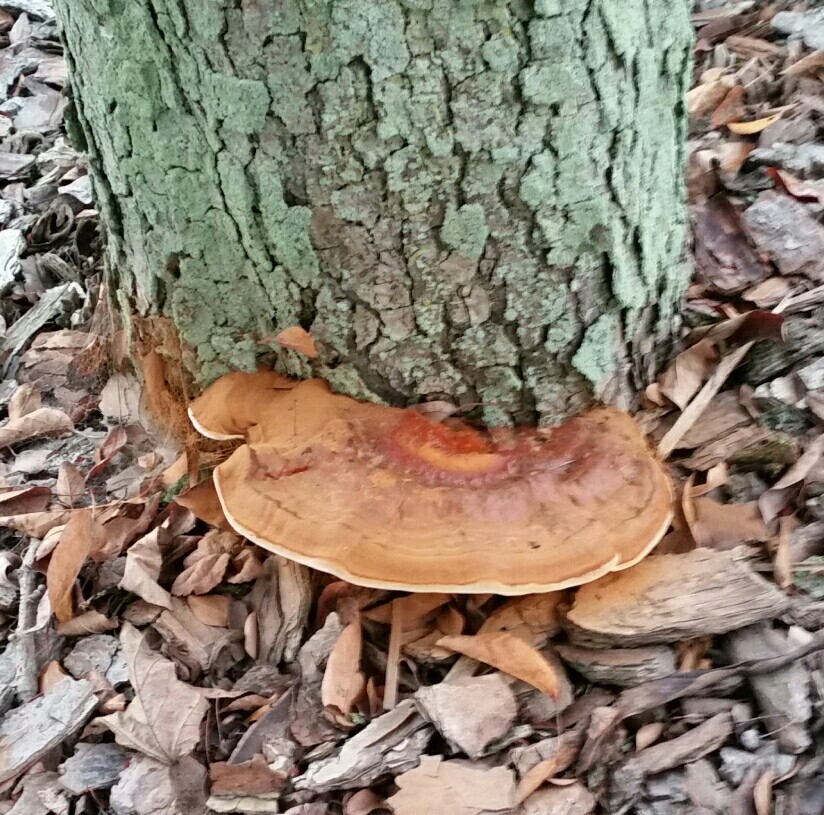 Yes, it does signify something bad, if the fungus is actually attached to the trunk of the tree (which it looks to be) and not simply appearing on woody parts of the mulch. This is one of the bracket fungi, and they occur on trees which are dying, or will soon be dead. If it's somewhere it might hit something or someone when it rots through and falls, it might be wise to have it removed now before it does that.

Out of curiosity, is this the same crab apple tree you asked about in March, which had a problem on one of its branches?

Not the answer you're looking for? Browse other questions tagged tree-care or ask your own question.

2
Can I inoculate crabapple tree logs with mushroom plugs?

16
How to "correct" uneven trunk widths in a cherry tree?
5
What conditions cause trunk sprouts on oak trees?
5
What is the proper way to prune a pear tree?
7
Can I trim my canary palm trunk or is it a lost cause?
17
Is this heavy blue-green growth on my tree trunk and branches a form of lichen?
8
Is this crab apple branch doomed?
2
Completely new to apple tree care in Alabama, any tips?
1
What to do about damaged tree trunk bark
1
What are these black spots on my tree trunk?