Why does the lime half of a grafted tree suffer, while the lemon half thrives?

I have a dwarf grafted citrus in a pot in my garden. The trunk is grafted with one lemon branch and one lime branch. Over the last two years the lemon half of the tree has grown well and fruited several times, while the lime half has not grown at all, and the few tiny fruit that develop after flowering drop off after about a week.

The tree is potted in a well known brand of citrus potting compost, and I've added a small amount of slow release citrus fertiliser periodically.

Here are some photos of the graft and the tree itself - the lime is the thin branch on the right in both: 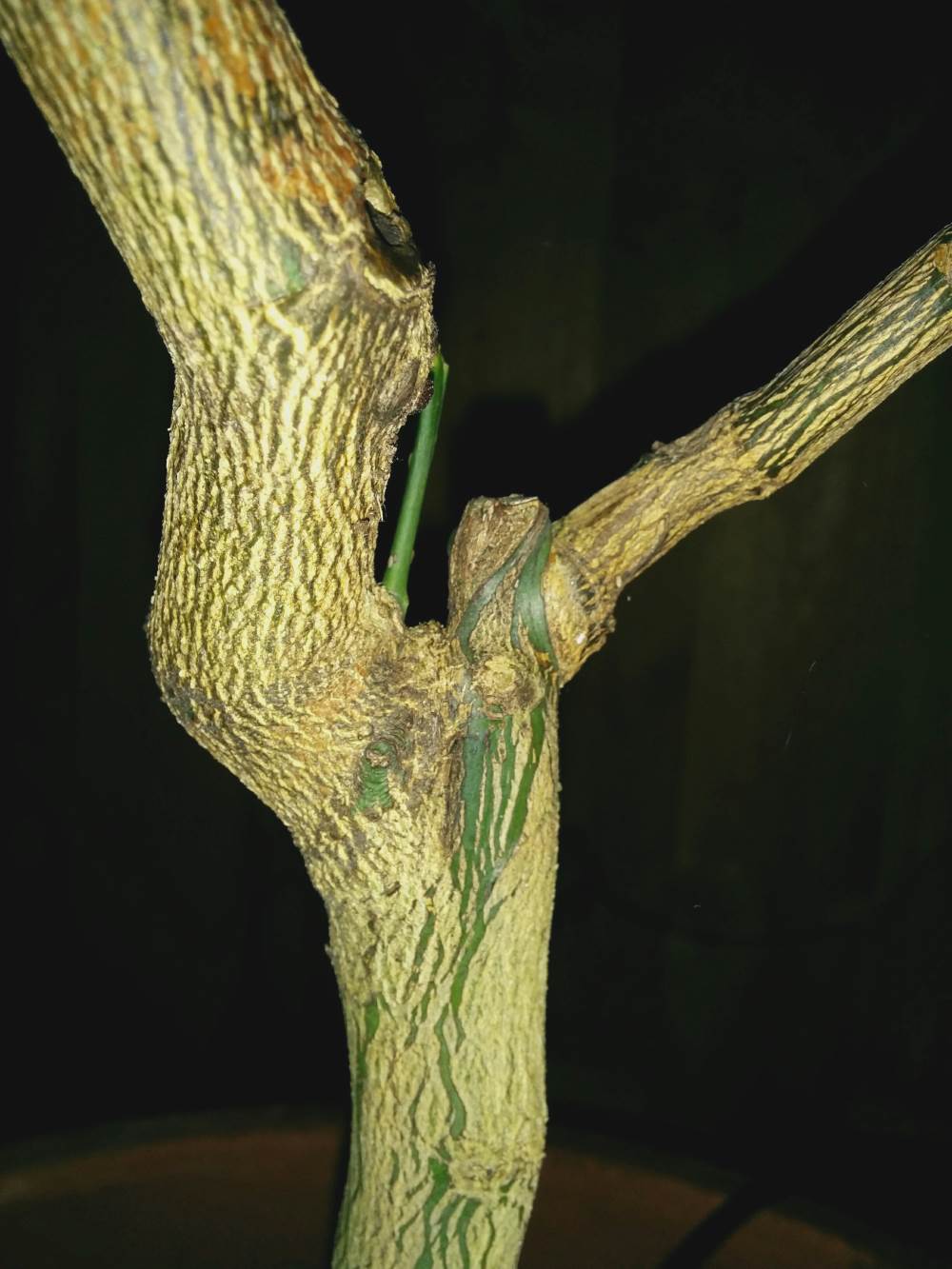 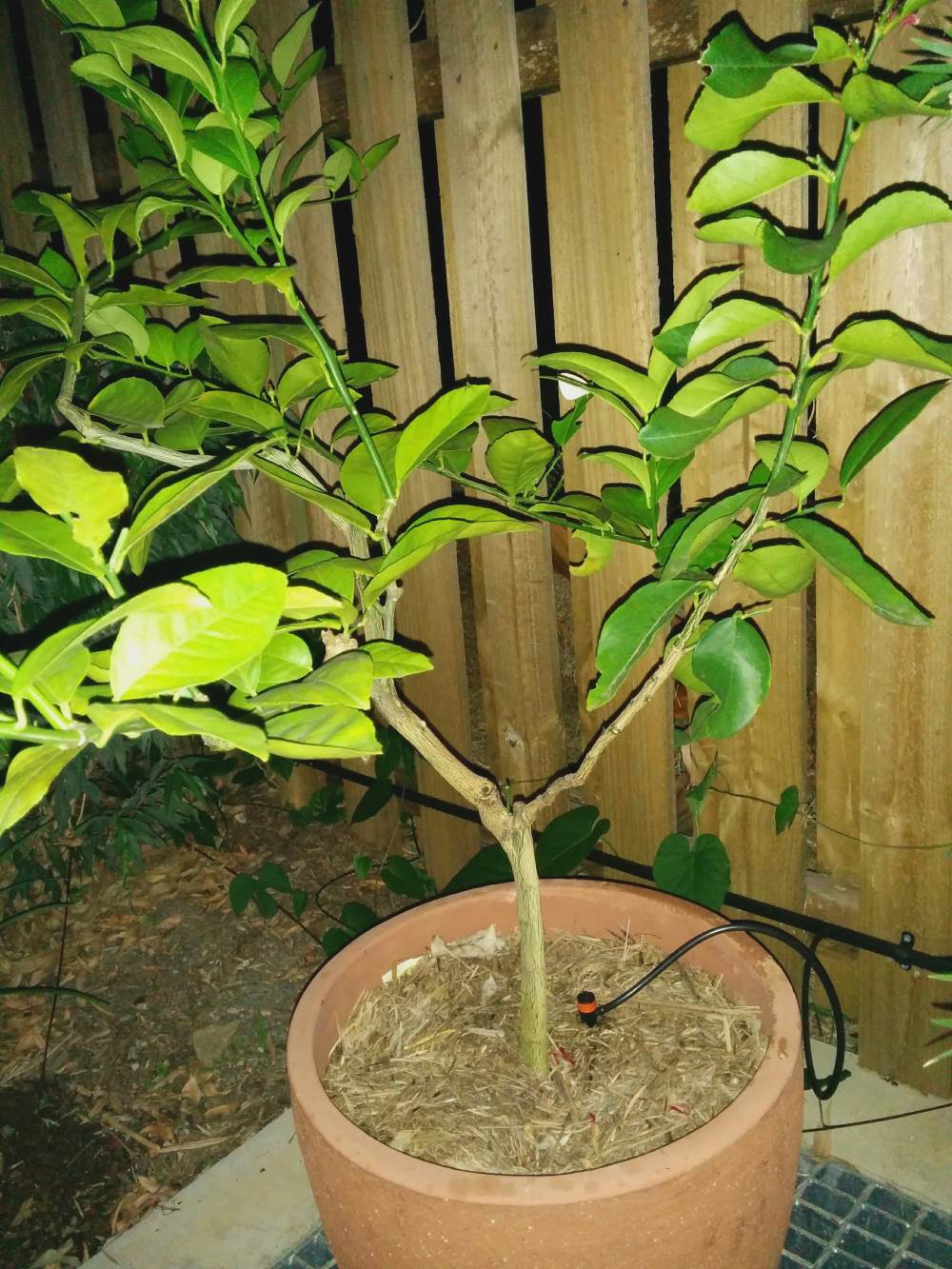 What can I do to encourage the lime side of the tree to grow and produce fruit?

I'm sorry to say there's probably nothing you can do to change the situation. It sounds as if the lime part of the grafted tree is failing because it doesn't have enough vascular tissue to conduct nutrients and water to the upper parts, which is why it's displaying poor growth, whereas the lemon part is completely healthy. There may be a failure at the graft point, or the graft was poorly done initially, and it was unable to develop over time in the same way as the lemon. Unfortunately, now that the lemon is going great guns, it's unlikely the lime will improve.

Inspect the graft point thoroughly to see if there's evidence of problems there, but, unless you want to risk hard pruning the lemon side to just above the graft point in hopes this kickstarts the lime portion to start growing better,there's not much you can do. Pruning in this way is obviously a risk, and you may find the lime does not respond at all, and the lemon part of the tree doesn't recover too well.

You should turn the lime side to face sunlight and let the lemon side less exposed to sunlight. After a few months the lime side will grow much more and the lemon growth will slow down.

Not the answer you're looking for? Browse other questions tagged fruit-trees citrus grafting or ask your own question.

4
Relocated lime tree not doing well
1
In graft hybridisation does a younger stock facilitate more extensive hybrid effects in the scion?
6
Can I graft a branch of a sweet orange onto a sour orange tree to get sweet fruit?
8
Have a grafted fruit tree. Want to have less of one of the fruits
5
How should I prune this grafted lemon tree?
0
I think my lime tree is dead
1
Help with lemon tree and encouraging new branch growth