Why does my Angel house plant produce some type of fluid?

I always move my plant to the sun everyday so it can get some sunlight during the day. When I touch the leaves, they feel wet. It's not in an area where its wet or can get wet unless I water it; but thats not the case.

What is this fluid that's coming from the leaves?

I took a close up pick off the fluid that's actually about to drip. And I also added a picture of how my plants looks. 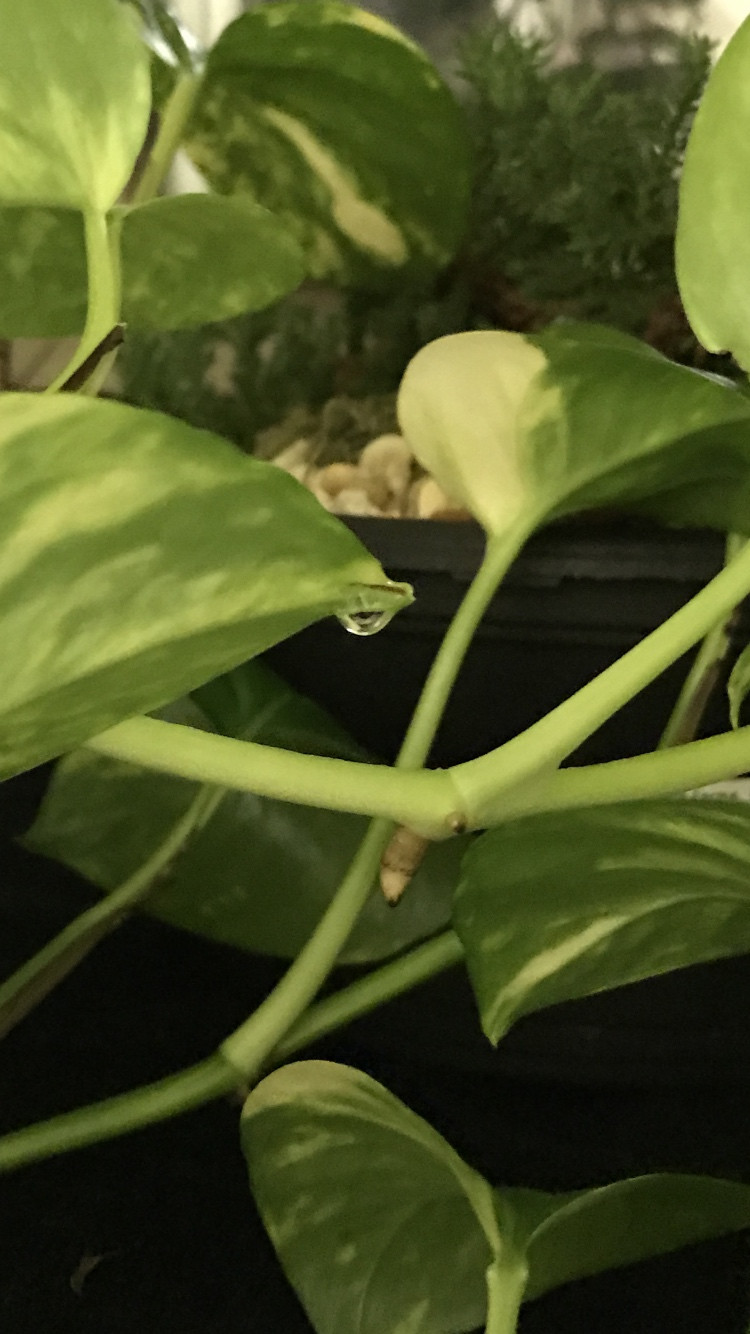 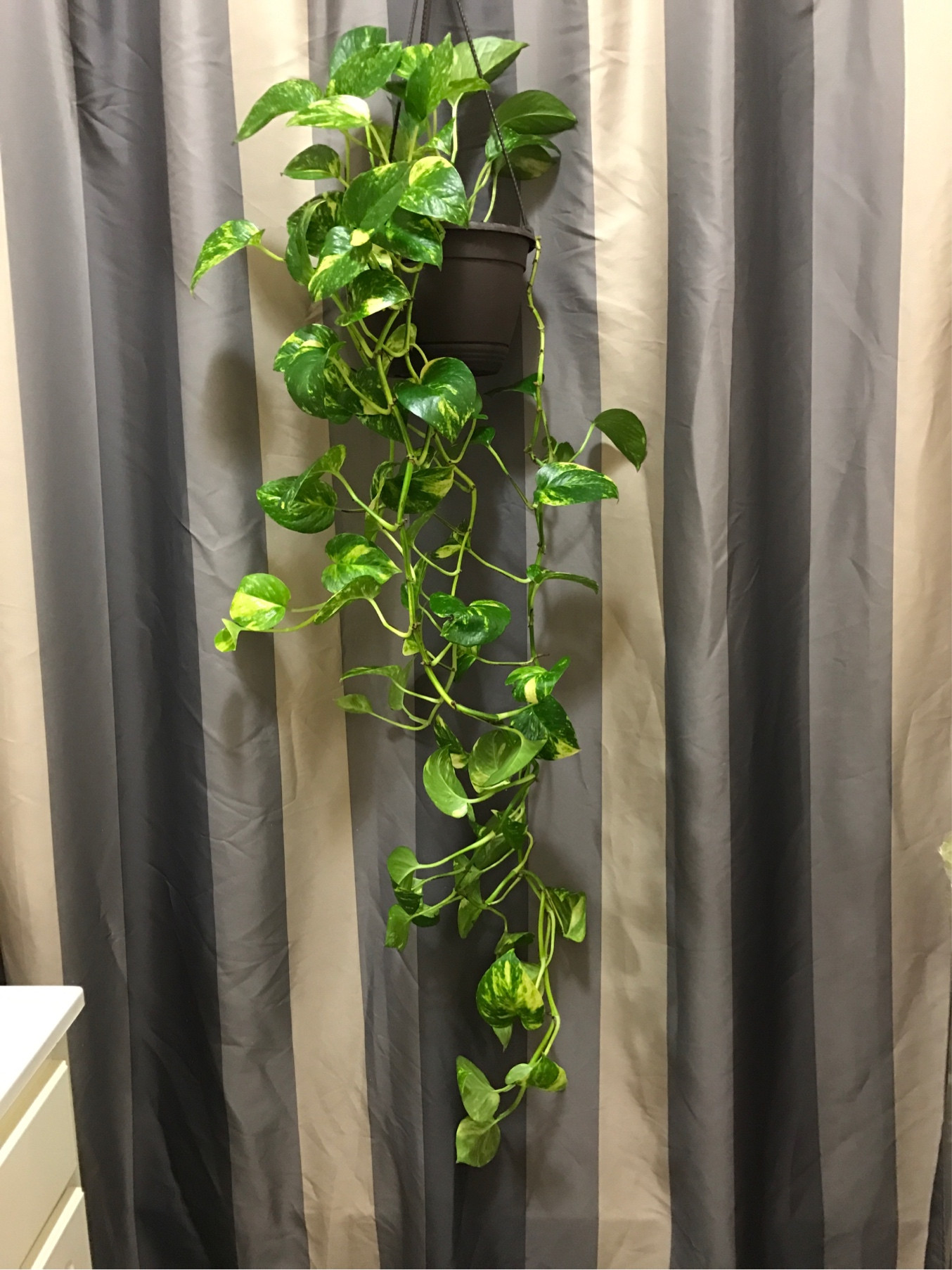 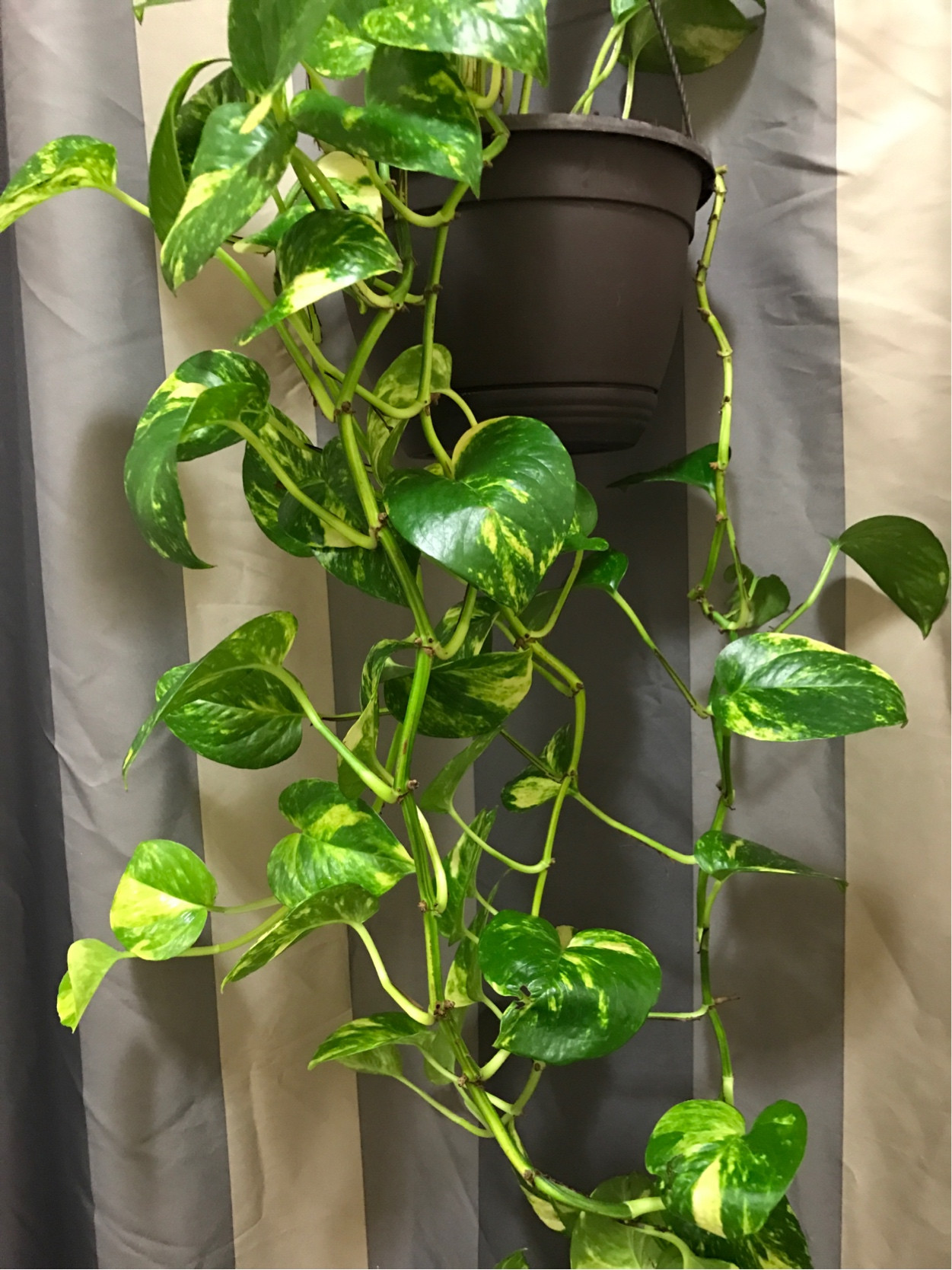 Your plant is Epripremnum aureum, more comonly known as Golden Pothos or Devil's Ivy. The wetness you're describing is not uncommon in some plants (of which Pothos is one) and is down to a process called guttation. It usually occurs in the mornings, but can happen at other times, and is associated with moist soil in the pot; you might want to make sure you're not overwatering if you see this happening daily, although the plant looks fairly healthy.

Plants have 'pores' beneath their leaves called stomata, and transpiration (bit like breathing in humans) takes place through these, so moisture is expelled via the stomata; overnight, though, and in cooler conditions, the stomata close up, so if there's a bit too much water in the plant's tissues building up overnight, water is exuded through other structures in the plant's leaves to relieve the pressure within the plant, typically appearing as water droplets along the edge of leaves, often collecting as a water droplet at the tip of the leaf which eventually falls. Fuller explanation here https://viettes.wordpress.com/tag/water-on-the-tips-of-leaves/

Where do you live? Is there a lot of fog? Where is the plant positioned when you set it out for sunlight? Is it in a balcony or under other plants, where it might come in contact with water? That fluid looks very much like water, probably condensate to me.

Besides, the plant looks quite healthy.

3
What is this liquid that looks like dew drops on my brassica leaf margins?

12
Why do two kalanchoes on one windowsill exhibit different growth habits?
13
My basil had a shock after transplanting. What did I do wrong?
3
dying leaves on Japanese maple: water damage, drought, or disease?
9
Why are the leaves on my mango tree turning brown and drying out?
5
Why are large sections of bark peeling off these birch trees? Is it contagious?
3
Why does my house plant have brown leaves?
4
Droopy peace lily
1
Help - kentia palm dying
2
Brownish yellow spots on monstera