I found this growing in my lawn the other day. It is a white spiky object, that I believe to be some sort of mushroom or similar plant as it has the same texture.

I have so only found the one. Can it be identified?

I am located in Pittsburgh, PA, USA. 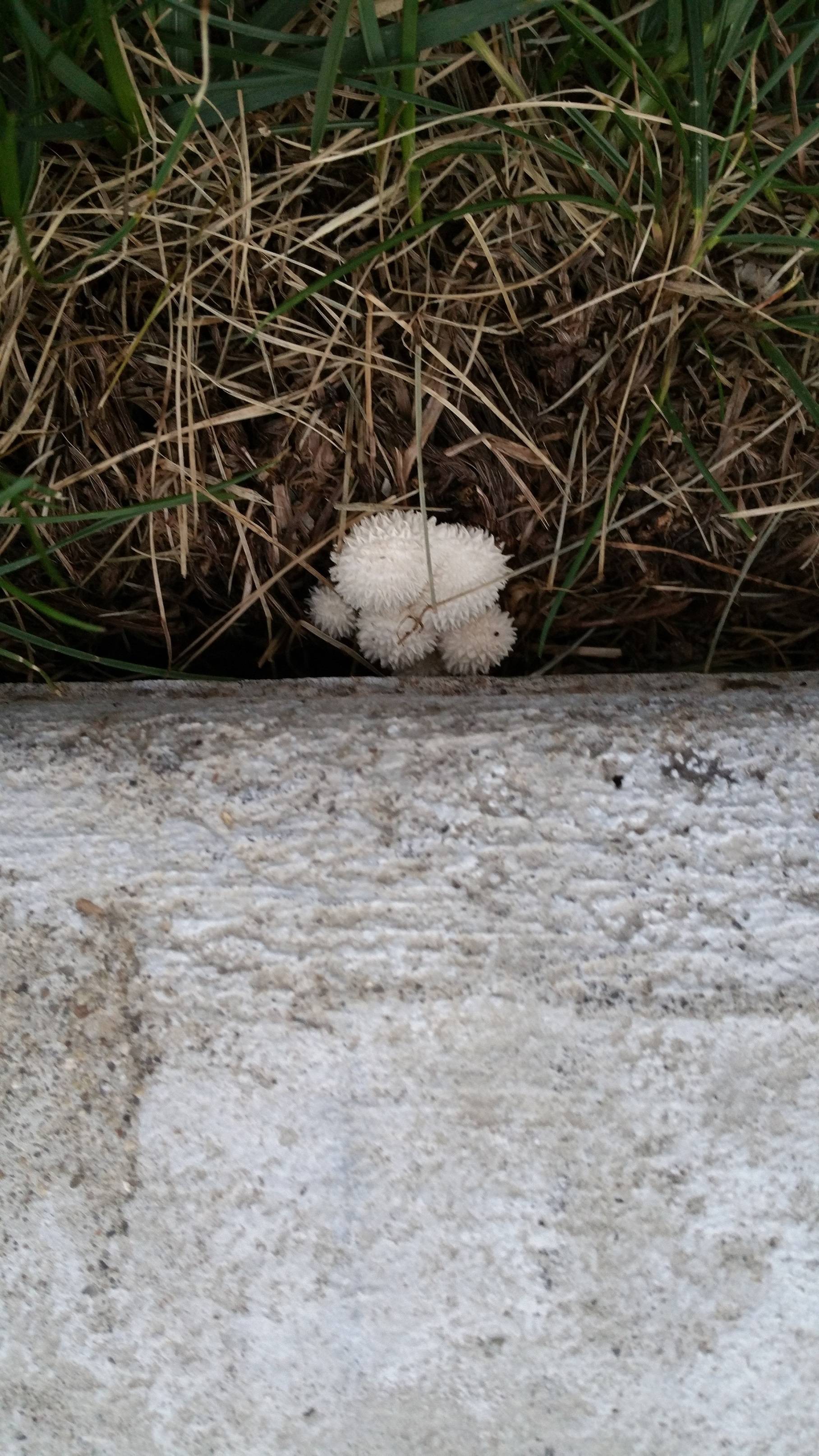 Its a puffball fungus - at some point, a hole will open up in the centre and spores will be spurted out of it. In fact, it looks as though a small central hole has already opened up in the largest one in your picture. This dispersal of spores sometimes occurs spontaneously after the fungus has been prodded or touched. As to precisely which puffball it is, there are several that look fairly similar, and mycology expertise coupled with a magnifying glass are needed to confirm the exact ID, but it looks like Vascellum curtisii, see link below

Grass is one of its favourite habitats, and it may occur as a single cluster like yours, or spread around and about.

Not the answer you're looking for? Browse other questions tagged identification fungus or ask your own question.

3
A fungus was growing before my eyes when I was weeding. What was it?
2
I am trying to identify and treat white fungus at the base of a tree
7
What is this creeper with serrated leaves and small white flowers growing in Mumbai, India?
3
Small seed pods growing in mulch and shooting seeds
1
What are these white fuzzy growths on the soil of my lawn?
0
What is this tall (2-3m) plant with yellow flowers blooming in August?
2
What is this short plant with spiky leaves and yellow flowers that turn orange/red?
1
Identify - Spiky grass like plant invading lawn