What is this small shrub?

From doing some research, I think this might be a type of monkey grass (specifically, a variety of Liriope Muscari?). I'd like to look up how to care for it, as I'm not sure if I can trim it back now (it's early October in Tennessee as I write this) or if I should wait until it's dormant in winter. I've been living in my place for less than a year, so I'm trying to figure out what all the various shrubs we have are, so that I can care for them appropriately.

There are a couple of them in a row here, and they have purple flower stalks that appeared in the last month or two: 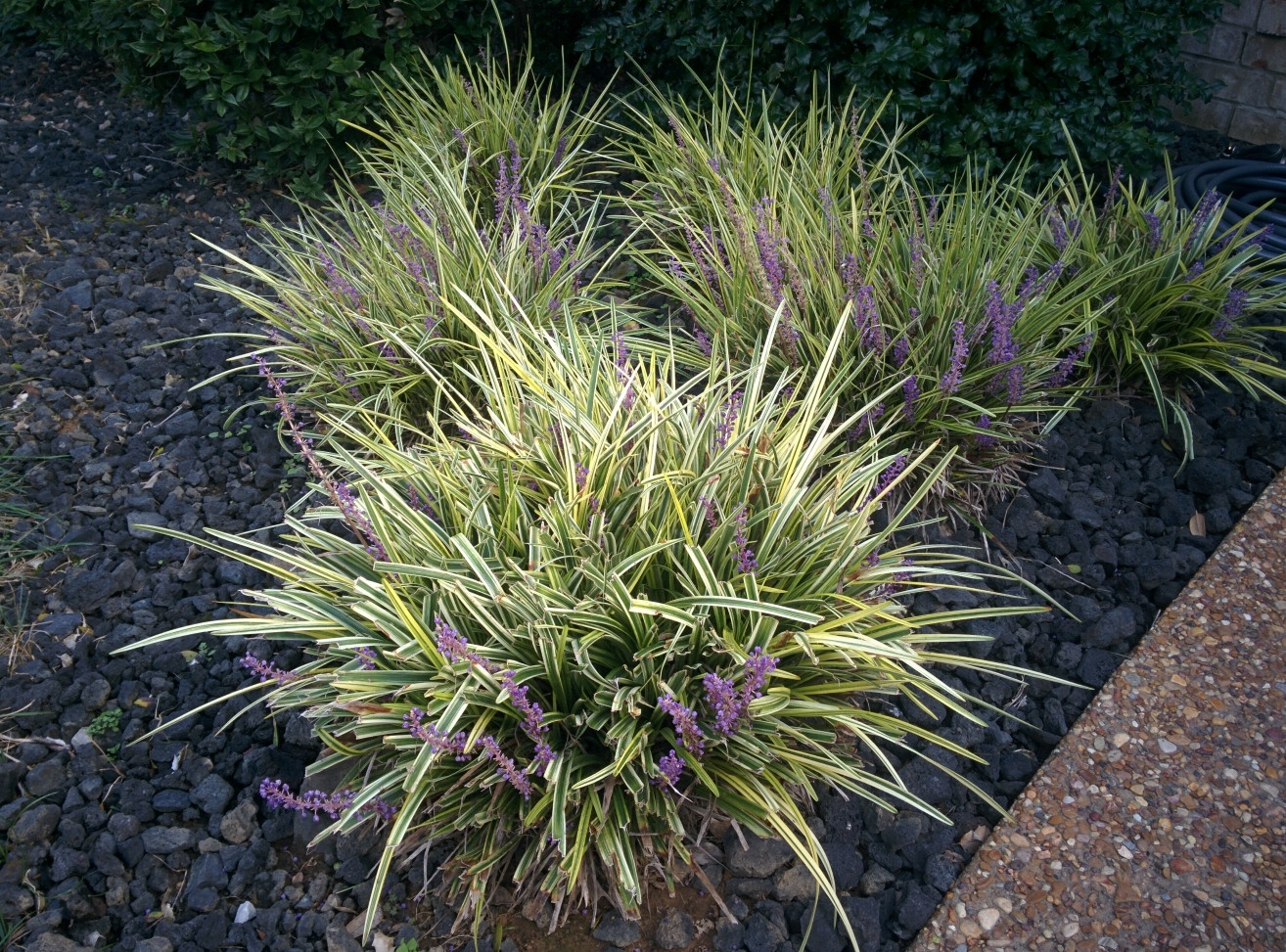 And here's a close-up of the flower stalks: 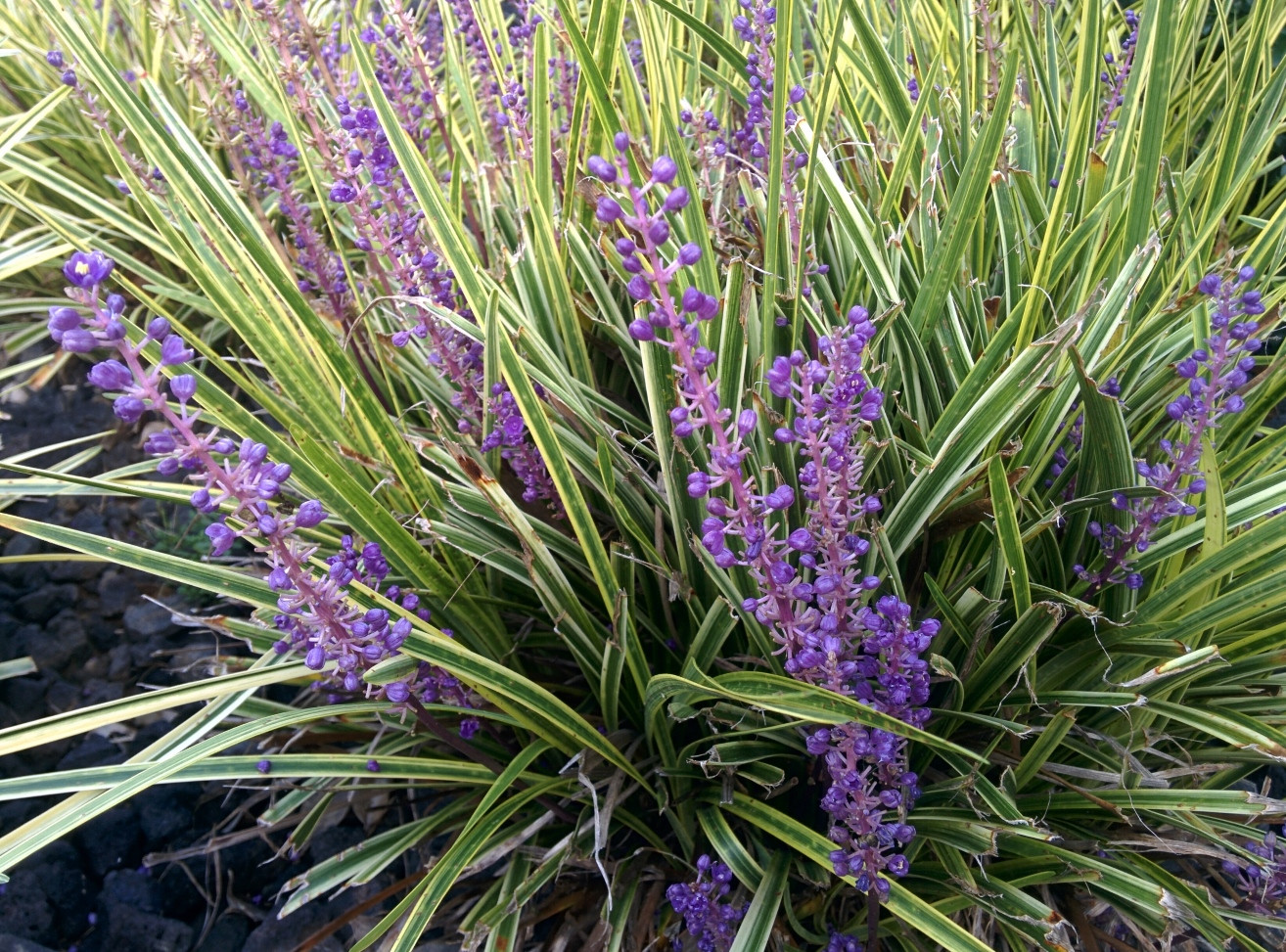 I've never heard it referred to as Monkey Grass, but it's often called Lily Turf - it is, indeed, Liriope muscari variegata, or one of the variegated hybrids, and you should leave it alone until spring, then cut back just as growth outdoors begins. If the new leaves are arriving, take care not to cut those back - it's only any old leaves from this year you need to cut down. You don't have to cut it back, it'll still grow just fine, it just looks tidier if you remove the older leaves - they often look tatty after winter and won't look any better if you leave them in place, they tend to shrivel and go brown as spring progresses.

This plant is not a grass at all, but a perennial, sometimes classed as a sub shrub although it isn't, usually evergreen in all except very hard winters. More info here

UPDATE: following your comment, there's nothing to be gained by cutting the flowers off, so if you just want to do that for display in a vase or something, fine, but it doesn't increase the flowering if you do cut them. Left on the plant the flower stems may form black berries which are decorative in themselves, and provide food for birds. Regarding the name monkey grass, it's probably just another common name, many plants have more than one!

I thought it was Society Garlic at first, but I thought the flowers look different, so I looked up the plant and it looks like Variegated Flax Lily to me as well.

This is a variant, so it is a bit hard to nail down what the variant might be. However, the care doesn't usually change that much from variety to variety.

Find out when temperatures cool off locally. You can go by your specific zone. There are guidelines for when you can start winterizing based on the zone you live. If you are just talking about trimming the flowers off, you can do that any time. Even in peak season, getting rid of fully grown flowers usually spurs more growth. If you are thinking of cutting and dividing the plants, waiting for cool season is better, and this is where the zones come in.