Why do my Nepenthes N. Ventricosa tendrils dry out, and the N. Alata do not?

I have 2 pitcher plants in a single pot. The N. Alata sprouted around July (totally accidental, thought it was just a new stem since my ventrata has been in a bending position ever since I got it last May). My N. Alata (I assume it is alata since it has hairs on the pitcher) already has traps and is growing just fine.

On the other hand, My N. Ventrata hasn't been pitchering since then. It just continues to grow leaves with red tendrils (I trimmed the last pitcher it had since it was rotting, it was already grown when I got it) but the pitcher tendrils just dry off after a week or so.

The temperature here in the Philippines is 27C-32C (80F-90F). It rains about 2-4 times a week (rainy season). As you can see in the pictures it is placed on a rusty metal roof (heat/temp issues?). But as I recall I had a leaf that was just in the rim of the pot and it still dried off and another that didn't touch the roof and it still dried. 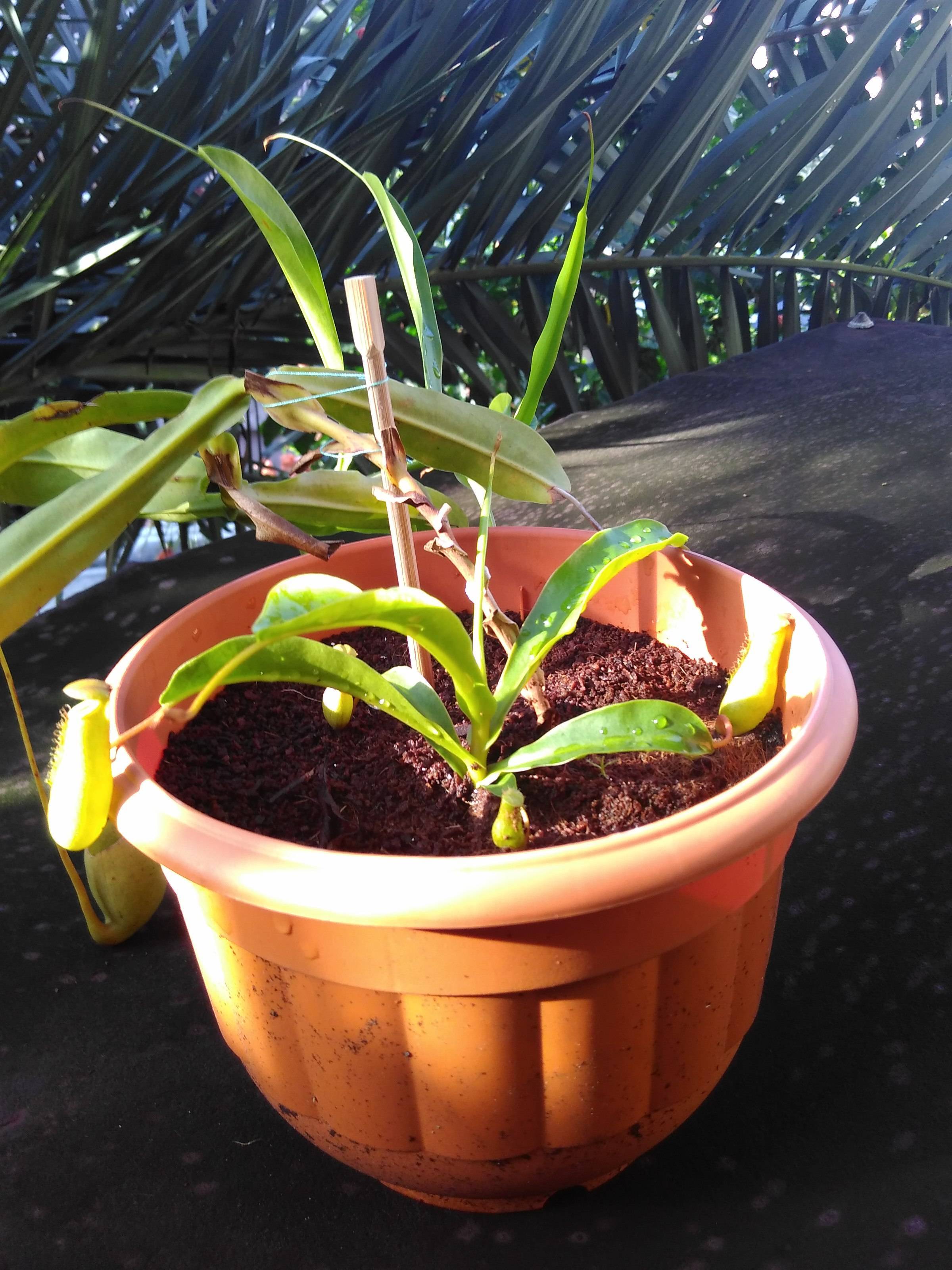 N. Ventricosa tendril still red. Trimmed pitcher. The pitcher has already grown before I even got the plant: 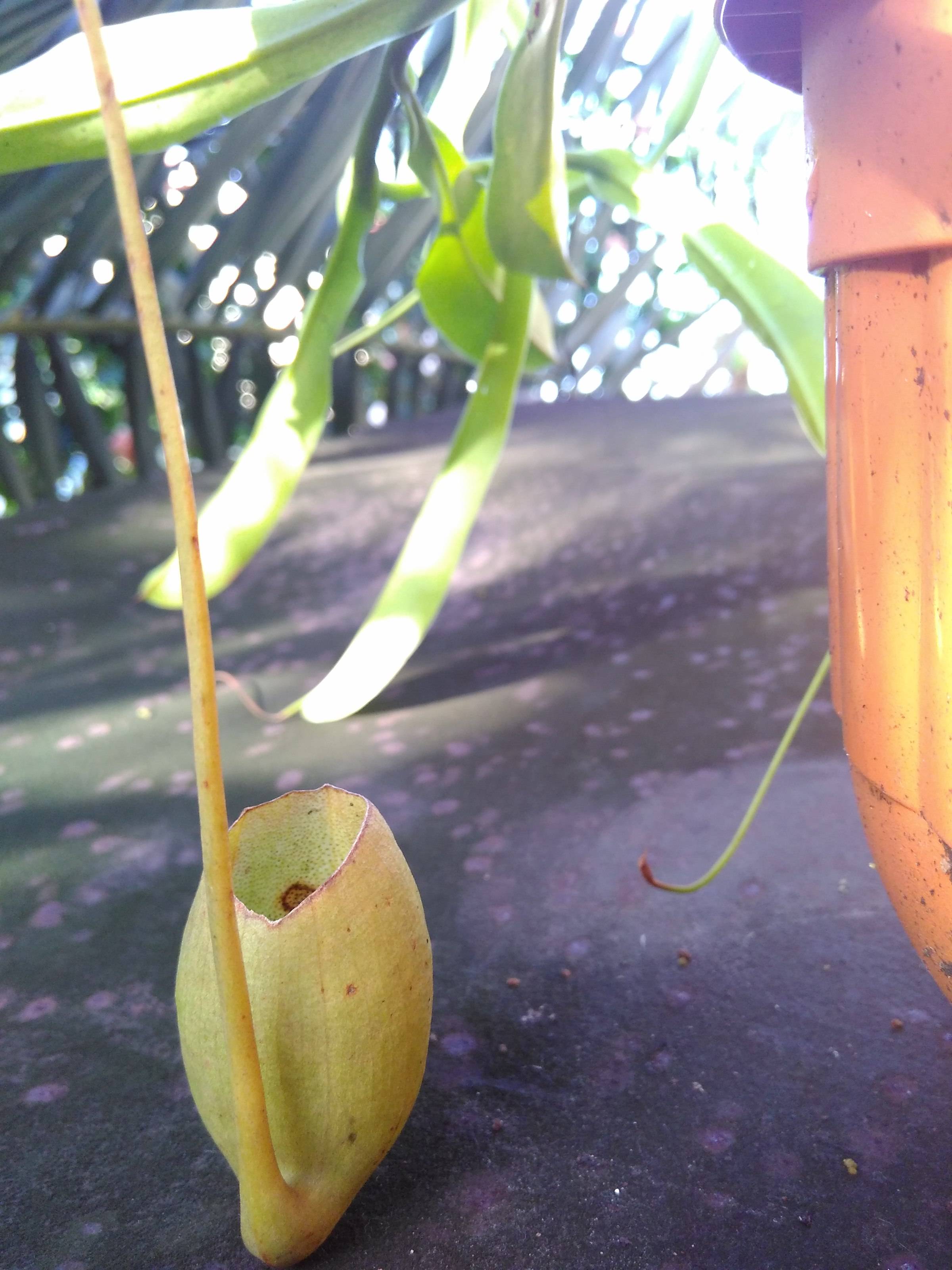 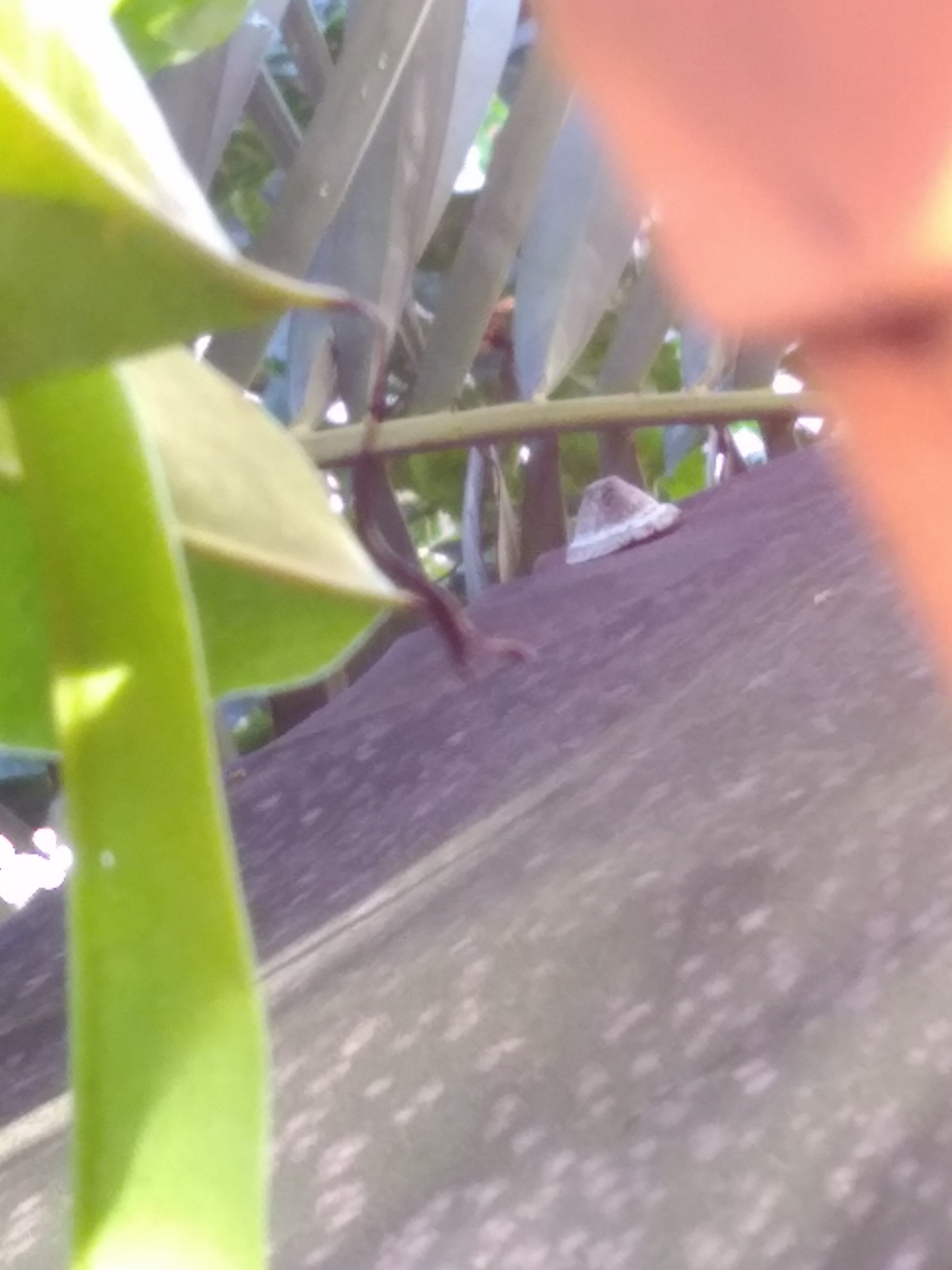 Separate the plants, if possible, so you can give different conditions to the N. Ventrata. They might benefit from the repotting. To reduce drying, try moving it to an area with less direct sunlight, if possible, and find a way to raise the humidity. You could place it under a low glass table, on a tray of wet pebbles, etc.

With heat over 80 degrees, try not let direct sun on the leaves, or let high levels of light reflect toward it.

Not the answer you're looking for? Browse other questions tagged diagnosis tropical carnivorous-plants nepenthes or ask your own question.

2
Why did our cactus die?
5
Why has my cactus has turned red/ beige at its base?
8
Nepenthes "Lady Luck" Help
1
Why is my tea tree wilting?
7
How should I care for my struggling Nepenthes Miranda?
2
How to introduce an overwintered banana tree back outside for the summer
0
Nepenthes pitcher cups rotting and turning black
5
Nepenthes not developing pitchers
1
Marigold flower partially wilting and leaves are curling