Are these wild Tomatillos?

I live in Northern Arizona (grassland at 5300') and I've been finding these weeds in my backyard that I'm pretty sure are tomatillos: 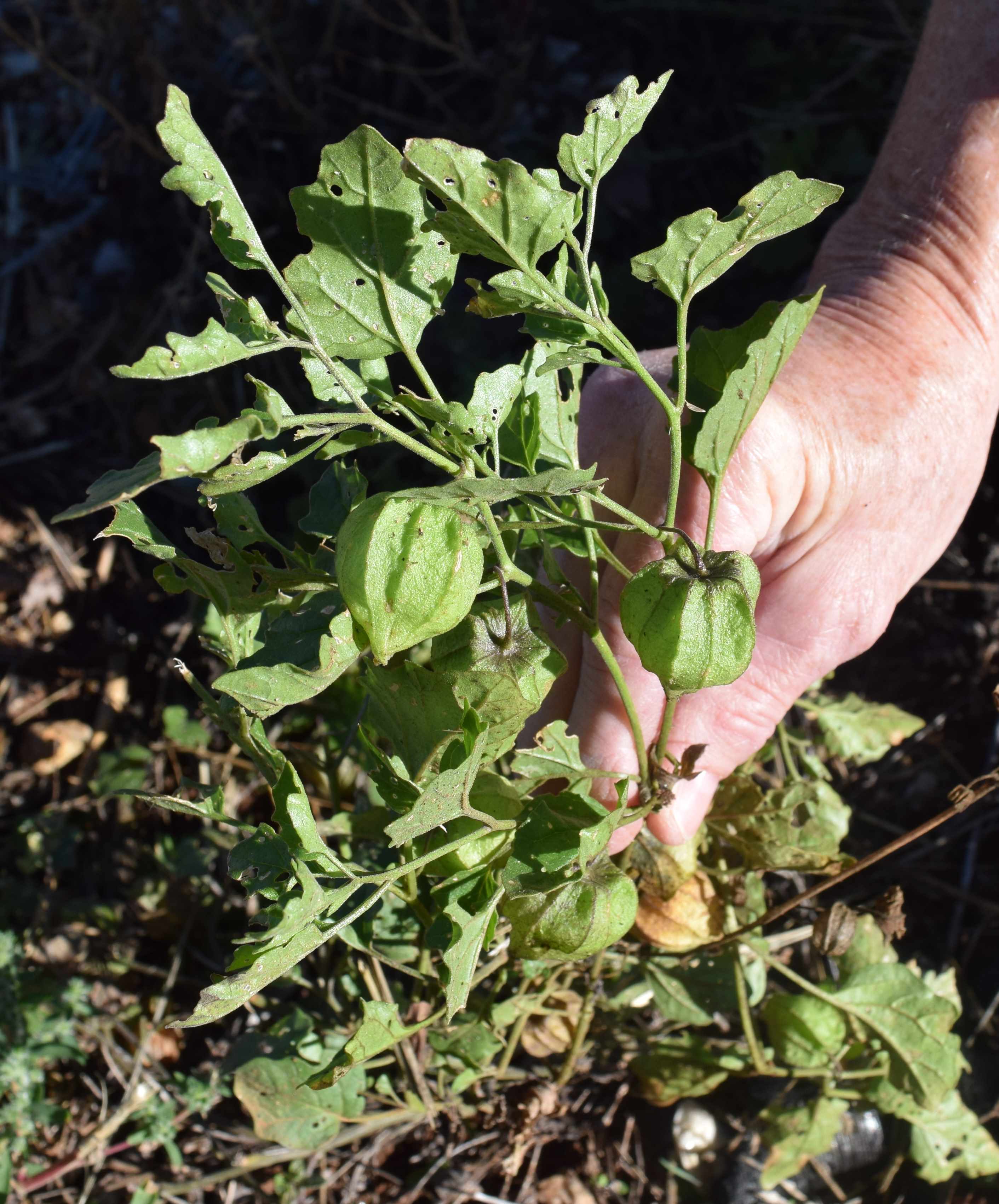 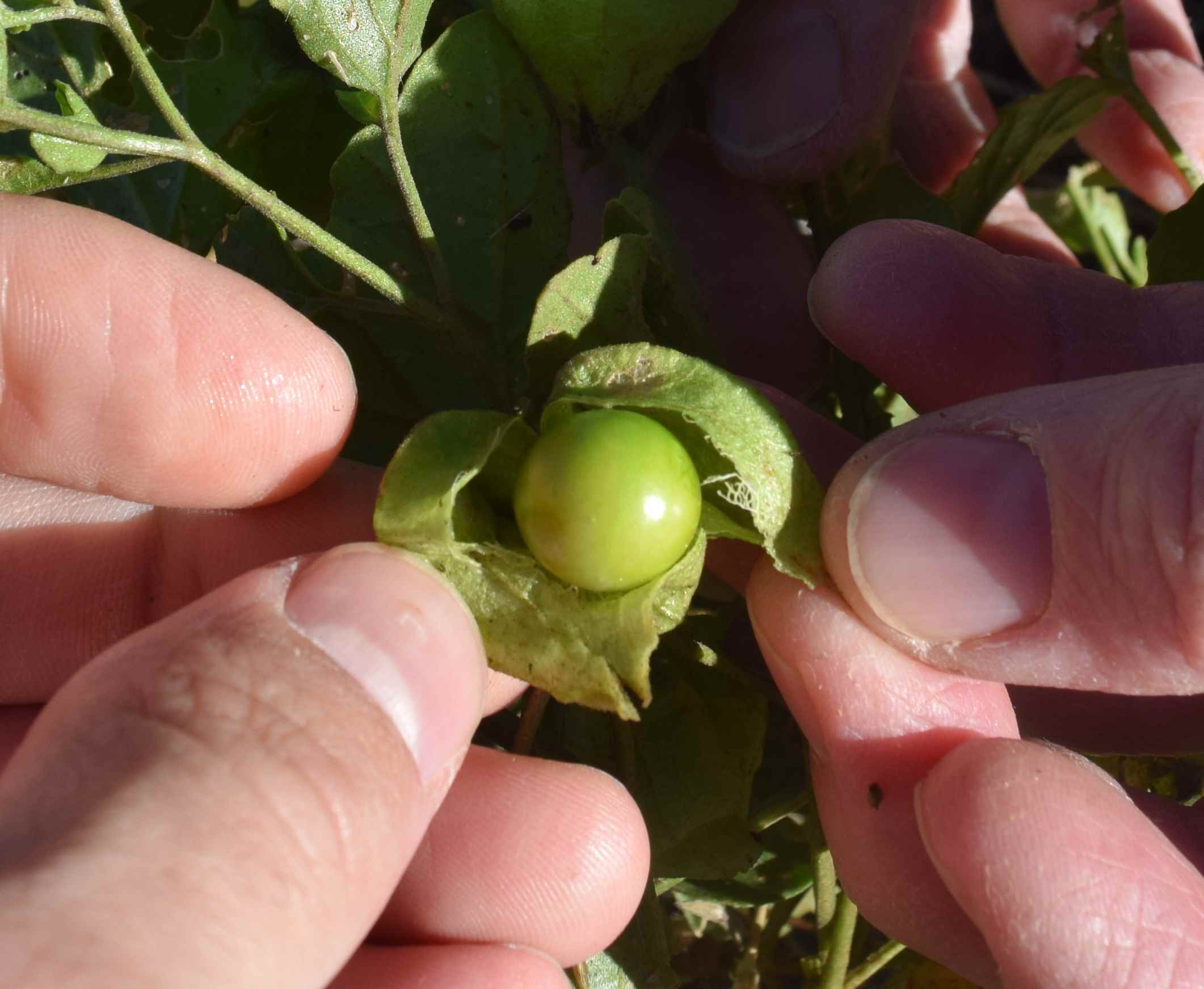 So: 1) Are these poisonous? 2) Would they taste as good as cultivated tomatillos?

If they taste good enough then I'm going to save the seeds and plant a whole bunch of them to make green salsa next year, because these grew up and bore fruit in my backyard without any irrigation (some were even growing in the rocks on top of a weed barrier).

I'm not sure you'll be making green salsa with these - whilst the plant is undoubtedly one of the Physalis varieties (which includes tomatilloes) I suspect this is actually a different variety because of the lobed leaves - tomatilloes generally don't have those sort of leaves. If the papery shells over the fruits turn orange, then its likely Physalis alkegengi, or it may simply be one of the other forms of Physalis often known as ground cherry.

What you have there appears to be in the Physalis genus, but it is definitely not Physalis philadelphica. It's also not any ground cherry that I'm familiar with, offhand (e.g. Aunt Molly's, Goldie, Ammon Martin's, Yellow Husk, Cape Gooseberry, Chinese Lantern). It's almost assuredly wild (and not ferral).

The fruit looks a lot like ground cherry fruit usually does (however, the leaves are different than any I'm familiar with). It should be quite toxic until it's ripe. It won't be ripe until it falls off the plant. Because it's an unknown species, it could possibly be toxic even after it's ripe (but many wild ground cherries are fine to eat once they fall off the plant).

Ground cherries do not split the husk when they're ripe (like tomatillos do). You have to wait until they fall off the plant (you can do that for tomatillos, too, but tomatillos are ready when the husks burst). I'm not sure if Chinese Lantern falls off when ripe, however (I'm still trying to figure that out, although I am growing it).

Taste may vary from species to species and variety to variety. It may taste even sweeter than a tomatillo. It might not taste good at all, on the other hand.

Ground cherry fruits are not usually green when they fall off the plant (but they may be if the plant is stressed; however, I've found that the ones that have fallen on ground are still sweet if they're green due to a stressed plant, so long as they've fallen off the plant on their own; this may or may not be true for what you have there). Usually they're yellow or an amber-type color. Chinese Lantern has red fruits, however.

I can't recommend that you taste this ground cherry. It might be poisonous. What I would recommend is contacting your extension office and see if they can identify it. They should know a lot about local plants.

Not the answer you're looking for? Browse other questions tagged native-conditions tomatillos or ask your own question.

4
Side effects of introducing cultivated variants of a plant into an area where the wild version grows?