What is this plant with trumpet-shaped flowers seen in Queens, New York?

I am very curious about this plant. It has beautiful flowers in shades of pink, yellow, white, etc. The flowers are sort of trumpet shaped. It blooms in the summer. I have seen it in people's front yards. 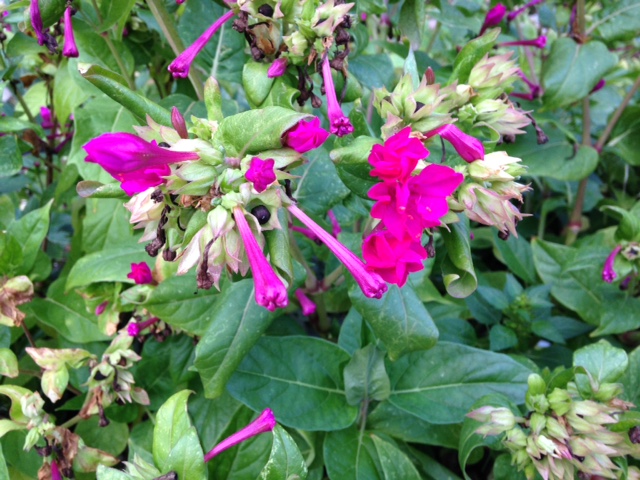 I agree with Bamboo that this looks like a Mirabilis jalapa. I live in the United States and call it the Four O'Clock.

I've been growing them for a number of years. I'm in Massachusetts, zone 6, so we have pretty much the same climate, although you may be a bit warmer. Obviously, since you're seeing them locally, they thrive well, and would be something for you to try. They're definitely an annual in my zone, and would probably be for you too, although they will overwinter in warmer areas.

Mirabilis come in many colors, most of which have the same color on the whole plant. There are also a few striking multi-colored varieties, like Kaleidoscope, pictured on the left below, (photo source), and Broken Colors, (photo source), on the right.

I grow mine from seed. They germinate easily in about 8-10 days and produce strong seedlings which stand up to weather conditions, even when small. (Sometimes I start them indoors in the winter under gro-lights, but that's not necessary.) When mature they can reach up to two feet tall.

The signal for the flower to open is not the time, but the drop in temperature, so Four O'Clock is sort of a misnomer. In fact, mine generally don't begin opening until closer to Five O'Clock, especially on very hot days when cooling comes later. Most of the source materials say the blooms should last either well into the evening or even overnight. This has never been the case for me. Mine are generally only open for a few hours before closing again. I don't like them any less, I'm just relaying my experience.

I prefer growing them in large pots, partly because I can force the flowers by moving them to a shadier spot as the day goes on, and partly because I like rearranging things! They grow very well in the garden though, and are often bigger, most likely because there's more root space for spreading out.

As for ease of growth, they're not very fussy. A sunny area with at least part-shade is best. The first year I kept them in the sunniest part of my yard and some of the lovely flowers never opened at all. They're fine in the heat. While drought-tolerant to an extent, they will become droopy and have a hard time flowering if they don't get some water when the ground becomes very dry. Under-watering is better than over-watering though, and good drainage is very important. In pots, I use a packaged potting soil, but in the ground, no special dirt or soil-amendment is necessary.

Butterflies and hummingbirds are attracted to the trumpet shaped flowers, sweet nectar, and almost citrus-like scent. Planting them near other flowers that hummingbirds like, and away from hummingbird feeders, can encourage a beautiful congregation at the end of the day when other flowers have gone to bed. 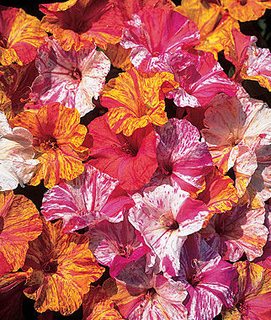 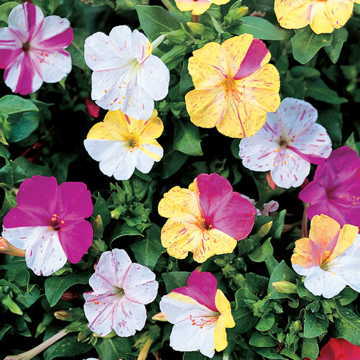 It is Mirabilis jalapa; common name in some countries is four o'clock plant because of its habit of opening its flowers in the afternoon, and in other countries is known as Marvel of Peru. It is perennial, but frost tender, so is treated as an annual in colder regions - in your region, I don't think it will survive a winter, but is easily raised from seed