My 3-month-or-so lemon tree sapling seemed to be doing great, and has been growing quite huge leaves at a fast rate. However, this morning when I looked at it, one of the newest (and biggest) ones was almost entirely folded: 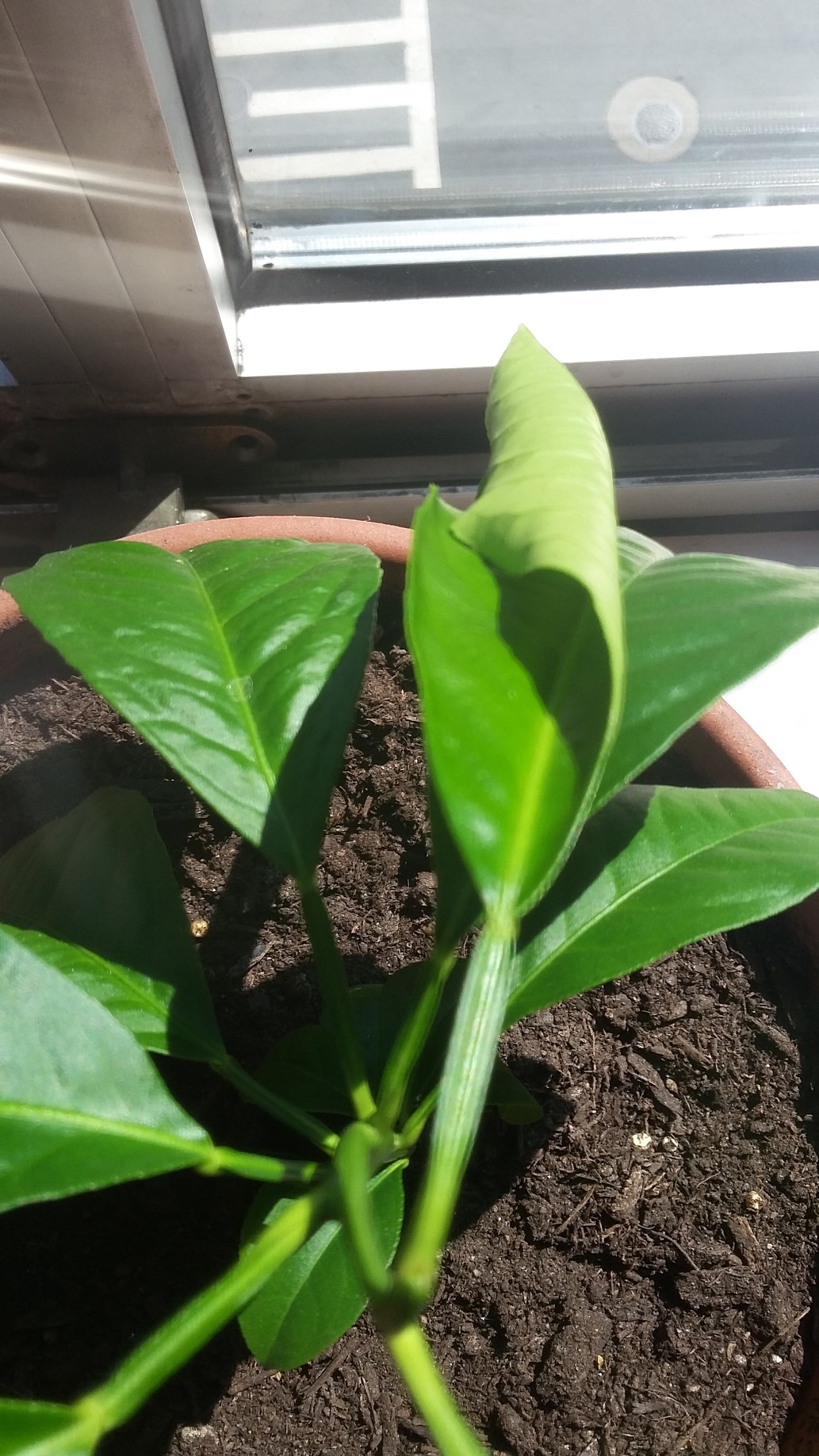 Is it something I should worry about, or is it no big deal? And if the former, why did it happen, and what should I do?

(I try to water my plants often, but not too frequently, roughly every 2-4 days. Could it be a lack of water?)

I like that you 'roughly' water every 2-4 days! That is a good way to water! This guy looks very healthy and what I am seeing is very normal. This leaf is still 'uncurling' from its 'package'. The green is a good green and so far looks just fine.

You've said the leaf had opened normally, and you found it rolled up like this later, then it righted itself later in the day. It looks as if your plant is indoors, and appears to be in sunlight through that window - if the sun was very strong yesterday, and you noticed the leaf rolled like this between 11-3pm or thereabouts, and it got better after that time, likely the sun was too hot through the window. Presumably only this leaf was affected because it's the most exposed to sunlight and it's a younger one - the ones beneath will have been sheltered to some extent prior to its rolling up.

The surface of the potting medium does look quite dry, so maybe the sun through the window does get a bit intense at times, though this won't be a problem during winter. Although its not wise to overwater these plants, if the soil in the pot does get a bit baked in the sun, its possible the plant is just a bit short of water.

Not the answer you're looking for? Browse other questions tagged leaves citrus lemons or ask your own question.

2
Identifying brown spots with Jade and lemon tree
8
Why do the leaves of my (very young) Eureka lemon tree look folded?
4
Lemon plant dropping and browning leaves (indoors)
2
What is eating/removing young fruit from my lemon and orange trees?
4
Is my lemon tree healthy?
2
Citrus saplings in need of some help wants to grow! Please help!
5
Is this oak sapling healthy?
1
What causes sudden discoloration and leaf drop in a mature lemon tree?