What is this prickly, burr-covered plant with different colored flowers on the same plant?

I'm trying to identify a prickly, burr-type plant growing wild in my yard in Massachusetts, USA. I found about five of them in an area of full sun. Temperatures over the last few months have varied between 70°F and 100°F. The ground is regular garden soil, and these plants are sharing space with pokeweed; lamb's ears; goldenrod; and some other wild things, the names of which I don't know.

The first picture has a good view of three different stages on the same plant. Below that are close-ups of each section from that plant. I've also included a picture of a different plant which shows the original burr with the second stage just pushing through; and a third which shows new growth and a large old brown seed pod. 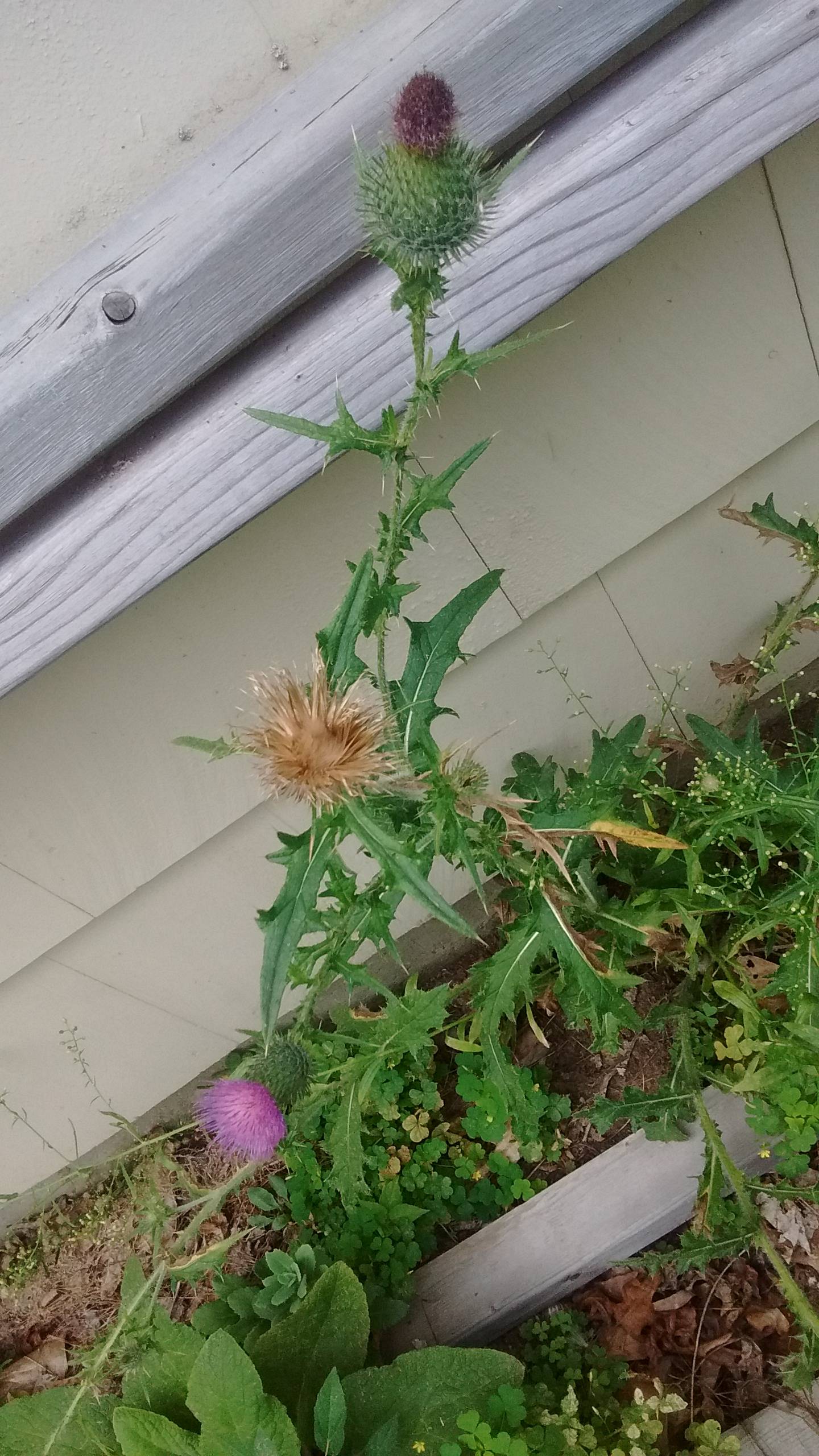 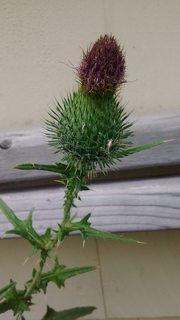 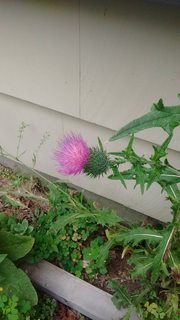 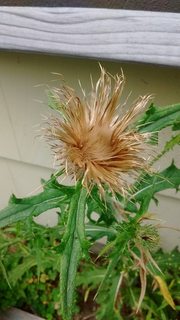 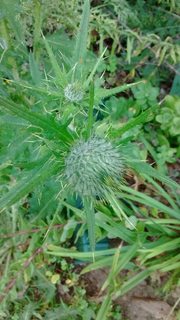 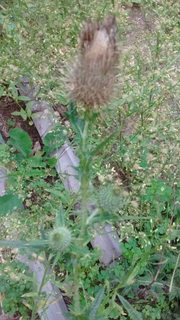 Some or most thistles are biennials. That means it takes two years, two seasons to get to the flowering or reproductive stage. The best way I've found is just pull these guys up when you find them, best done the first season as a basal rosette but before flowering the second year.http://www.co.stevens.wa.us/weedboard/htm_weed/thistle_comparison.htm I think this is good ole 'Bull Thistle'. Your question and pictures are excellent, Sue. The area you are discussing with the poke weed and this thistle sounds like a wonderful 'wild' food grouping. Solidago I have in my greenhouse!This helps attract pollinators for the end of the season. I've got wild flowers, thyme that attract pollinators for the beginning and middle of the season. Did you make this grouping on purpose? Kudos! You must love artichokes, yes? I tried growing them as a perennial here, not happening.

I think this could be a common thistle, judging by the purple flower and spikes. The Wikipedia article on it: https://en.wikipedia.org/wiki/Cirsium

I don't know the answer to the last two questions though.