Please help identify this plant. The cutting rooted and it's now flowering, but I have no idea what it is. 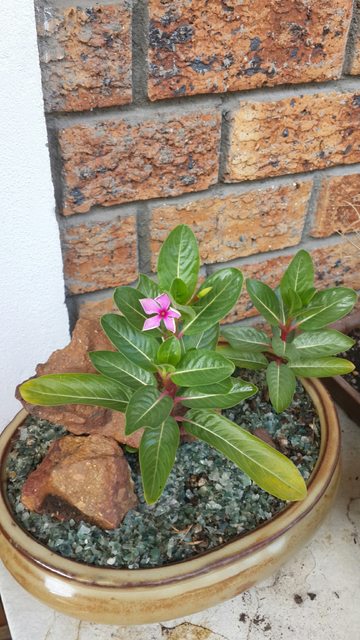 This is Catharanthus roseus, commonly known as the Madagascar periwinkle or rosy periwinkle. It is native and endemic to Madagascar, but grown elsewhere as an ornamental and medicinal plant, a source of the drugs vincristine and vinblastine, used to treat cancer. Other English names include Vinca, Cape periwinkle, rose periwinkle, rosy periwinkle, and "old-maid". It was formerly included in the genus Vinca as Vinca rosea. 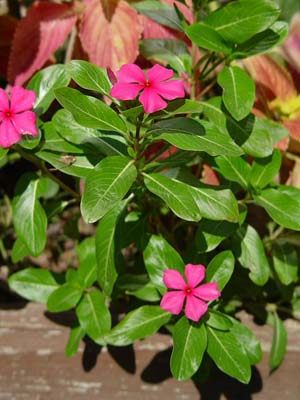 Not the answer you're looking for? Browse other questions tagged identification flowering or ask your own question.