I have a medium pot where I've been trying to raise a guava tree until it can be definitely placed. Then I've been out for 2 weeks and when I came back, there was an invasive plant spreading all around, coming from its pot and, since I already grow some basil and mint to use as seasoning, I've got interested about:

What plant is this? Is it edible? Does somebody knows how does it taste like? Could I use it as I use my basil, since both look equally harmless?

It may be useful to know I live on the very south of Brazil on a wet and rainy region and that it seems very happy on a very dry mix of organic compound and soil from an eucalyptus forest. 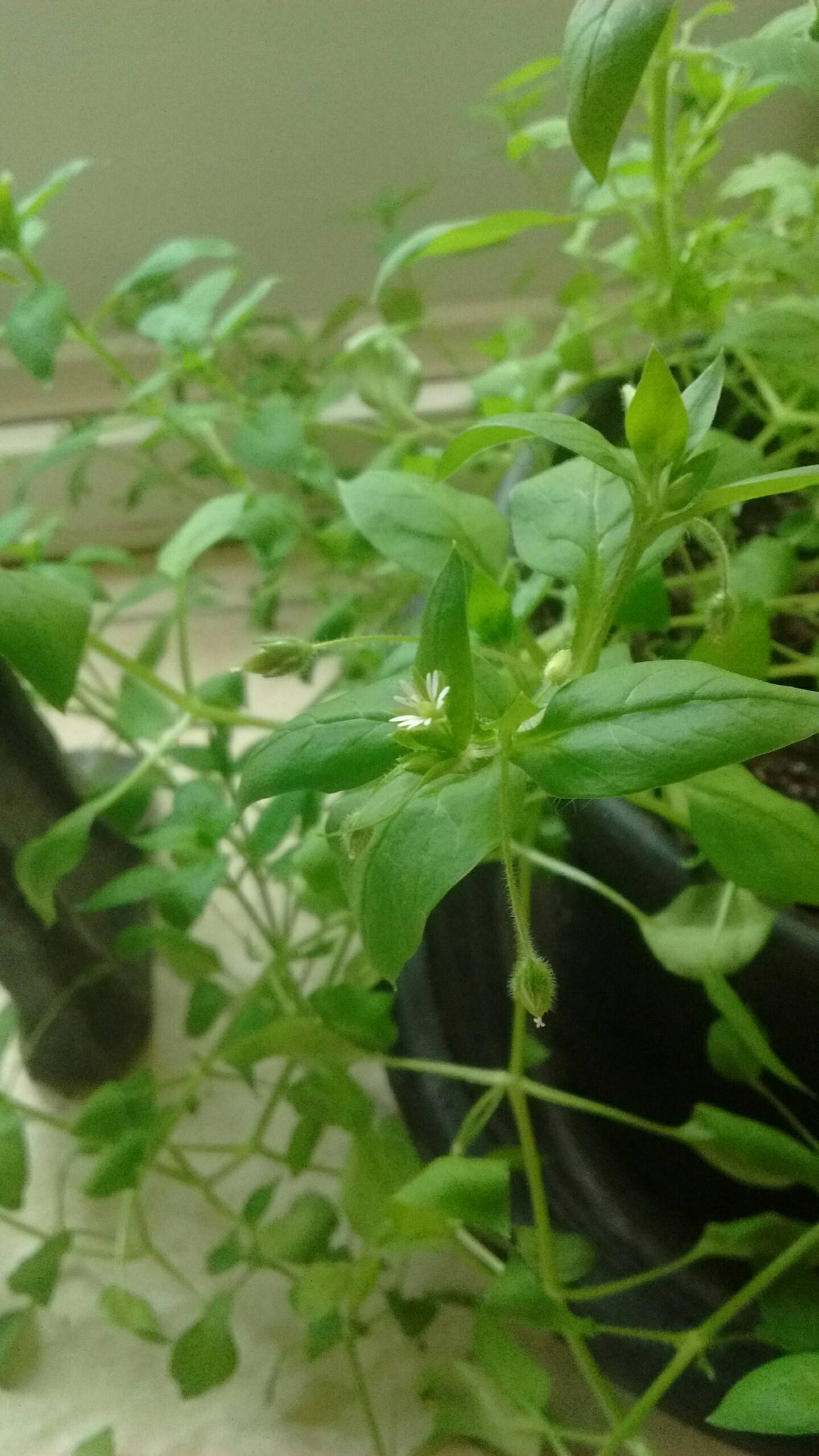 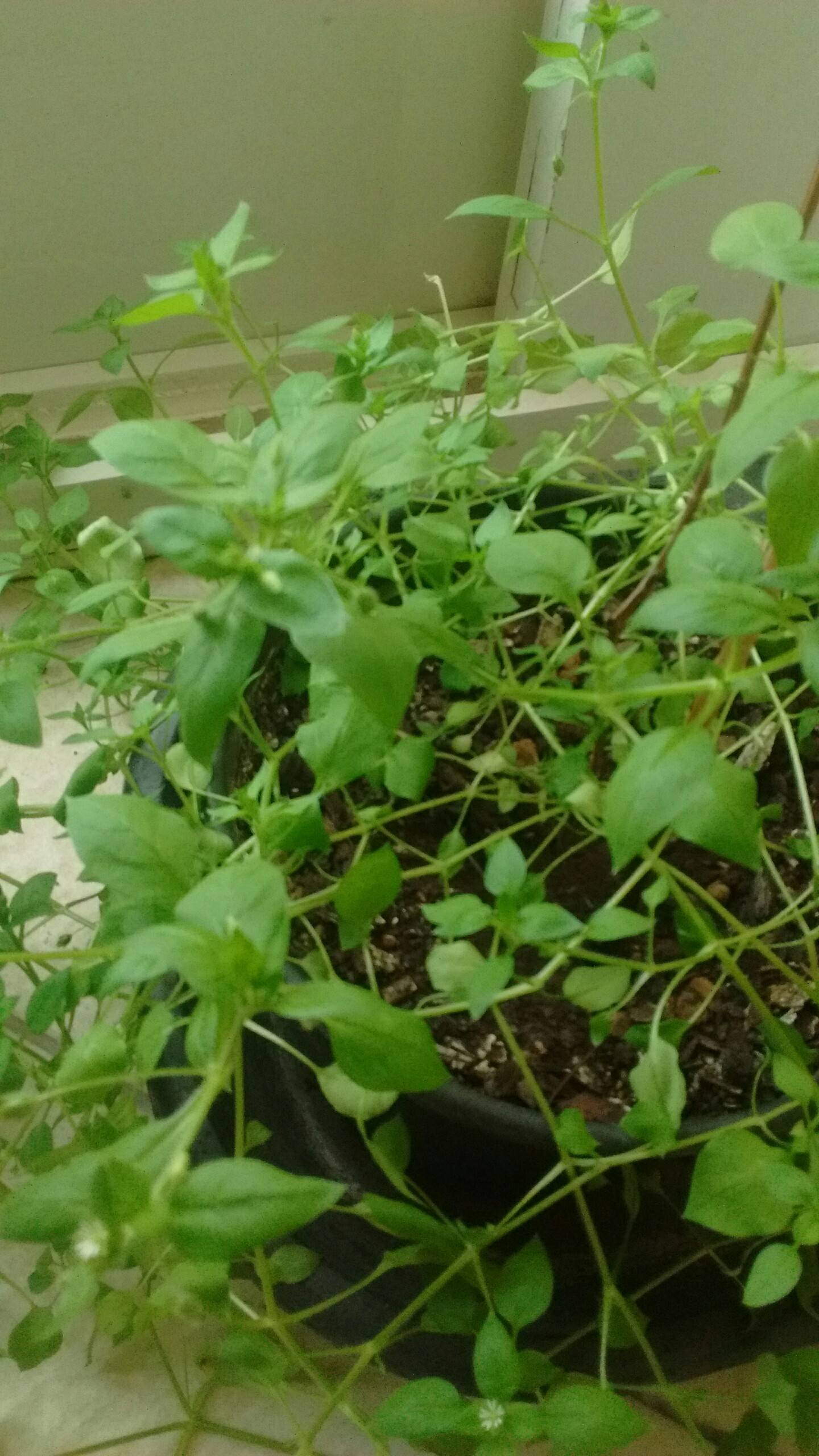 From the straggly growth pattern, tiny star-shaped white flowers and opposite, oval leaves, this is Common Chickweed (Stellaria media).

Left to grow, it can eventually form a dense mat. It sprouts in fall or early winter (I've had it appear underneath a layer of snow and ice -- no chickweed before the snow, lots of it after the thaw), then flowers and sets seed in spring and summer.

As noted on the Wikipedia article, it can be used as a nutritious leaf vegetable.

For control, it responds well to broad-leaf weedkillers. Alternatively, when weeding by hand, I reach under the mat of leaves and grab the central stalk and pull straight up; if you don't grab the main stalk, the branches tend to break off. It produces a lot of seeds, so don't put it in your compost (unless you want a large crop of chickweed everywhere you use your compost).

Not the answer you're looking for? Browse other questions tagged identification edible plant-uses or ask your own question.

8
What is this incredibly efficient ground cover?