What causes tomato leaves to wilt and die from the bottom up?

I have had a plant that I did not seed germinate and grow in my pot of chives. I have been told that it is most likely a tomato plant. The plant has been healthy for a couple of months now but about two or three weeks ago the lower leaves started to yellow and die. Now the leave just above them are starting to yellow. The top part of the plant is still really healthy and I even have some flowers this week. Firstly, is it a tomato plant and if it is, what could be the cause and remedy for the leaves dying? 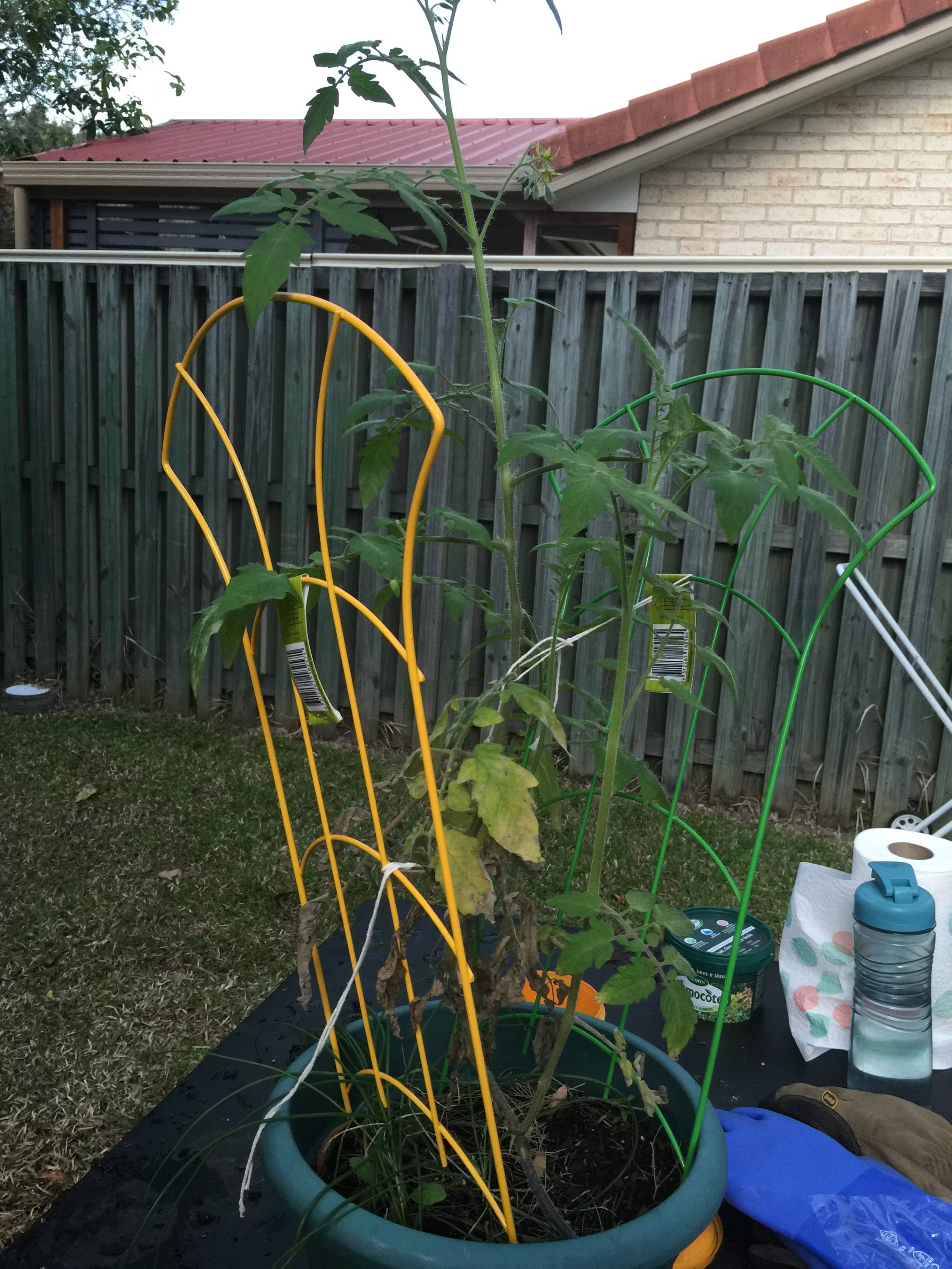 Close up of the lower trunk where the leaves have died. Strange white things. 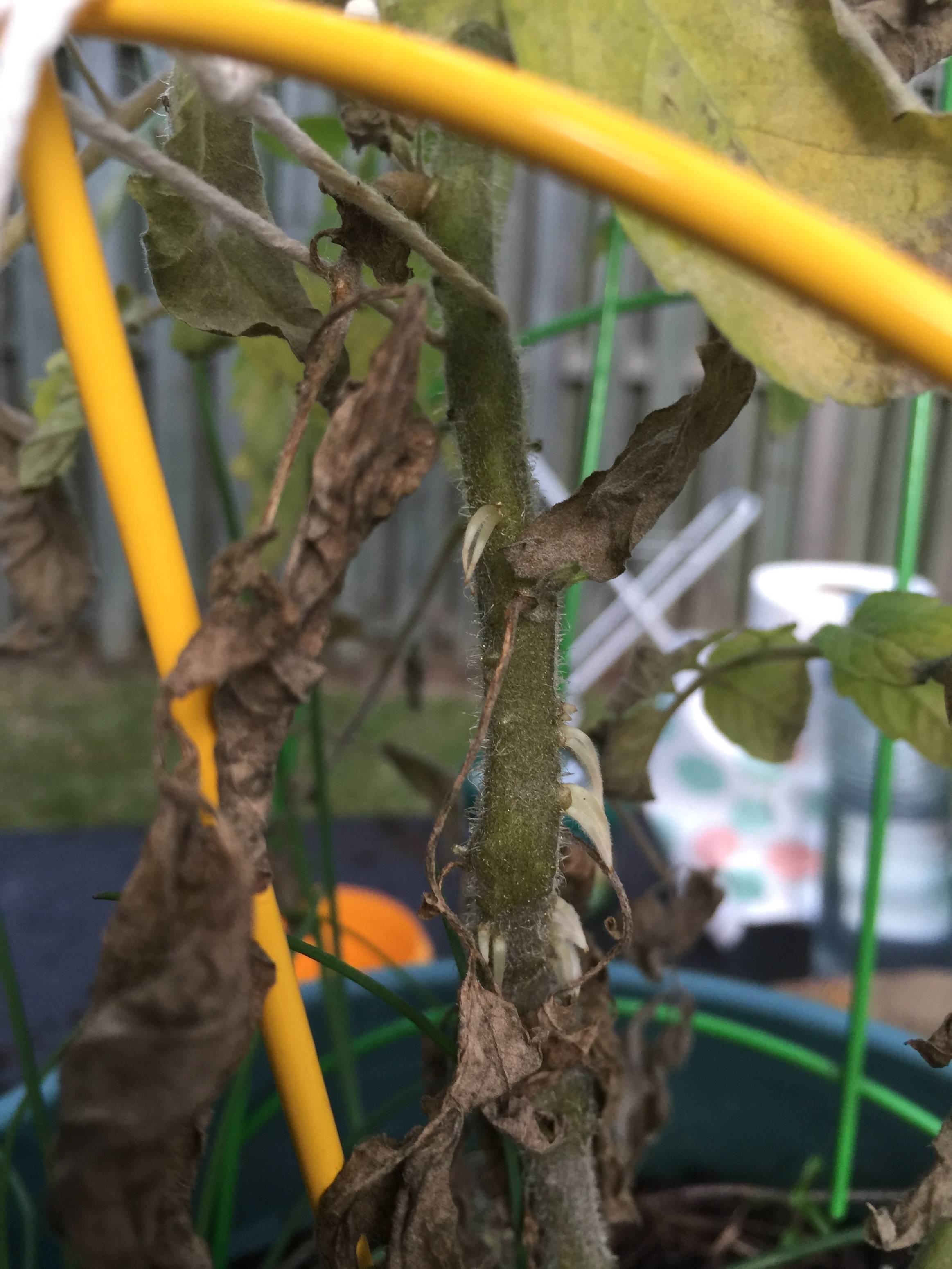 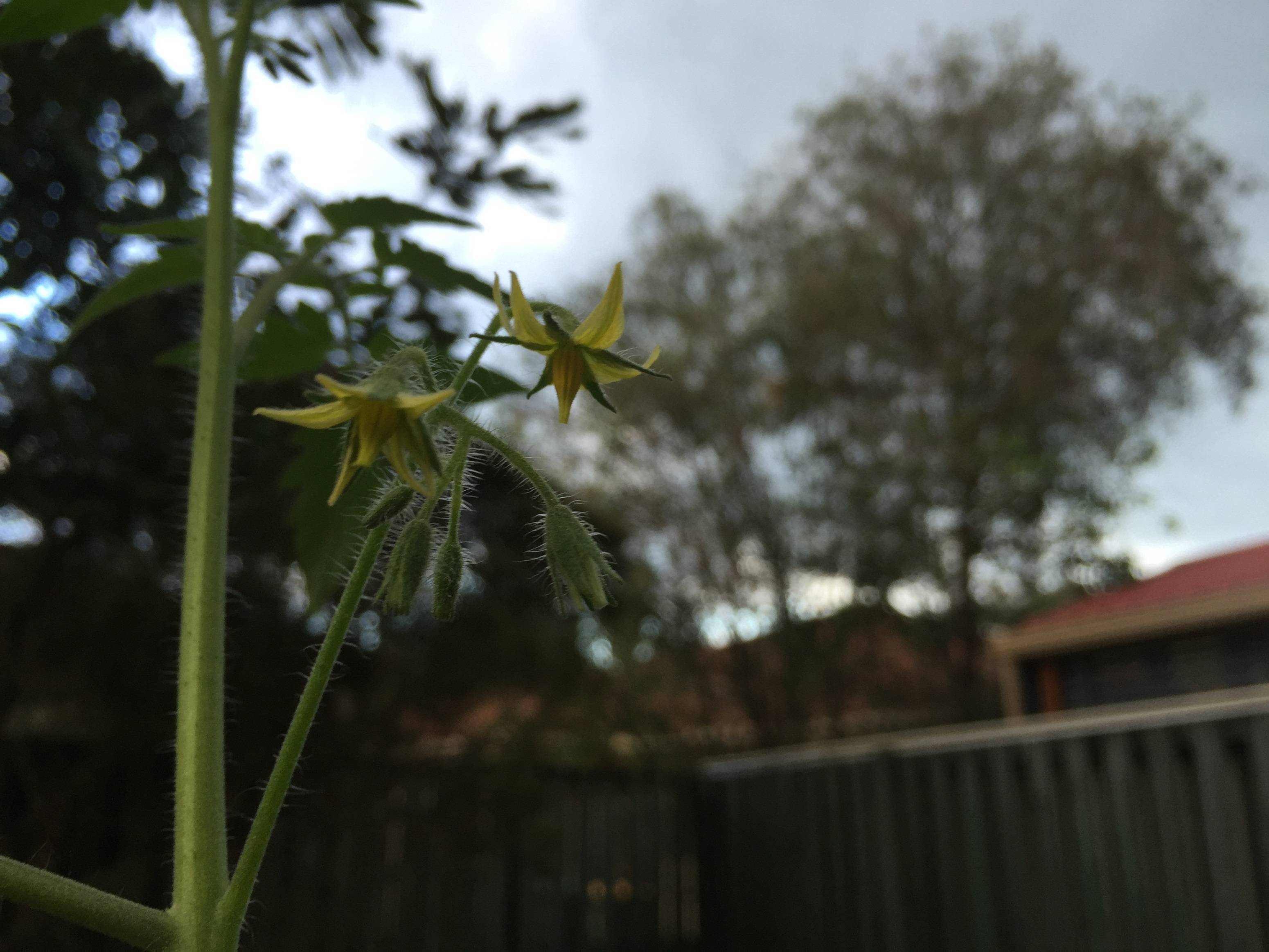 Tomatoes, if grown in pots, should be individually potted into large, 9 inch pots, and kept fed and watered.

First, you have chives in the same pot, sharing root room; second, the tomato (which is what it seems to be) is producing adventitious roots, which are the 'strange white things' you mention. Tomatoes often have little bumps on the stem near the base, and these are adventitious root buds - the fact that yours is producing actual roots, and is now dropping lower leaves, indicates the plant is very stressed. This is likely due to insufficient root room, insufficient water and probably lack of fertilizer. Although you haven't said whether you've been feeding it or not, I'd hazard a guess it hasn't been fertilized on a regular basis.

Given you're in the southern hemisphere, it's probably worth taking the risk (and its a risk because its already flowering) of decanting it and potting up into a container on its own and feeding and watering regularly.

Not the answer you're looking for? Browse other questions tagged identification diagnosis tomatoes or ask your own question.

16
What does it mean if my tomato leaves are curling?
17
tomato plant rotting from the inside -- what's going on?
3
My plants are dropping leaves suddenly and dying. Are they being poisoned?
7
Tomato plants got black stems and the leaves dry out
4
What are these dark brown spots on my tomato leaves?
12
What causes cucumber leaves to turn yellow, brown, wilt, die, and the plants to stop producing?
8
How can I revitalize cucumber plants after spraying them for mildew?
3
What’s wrong with my tomato plant?
1
Help me diagnose my tomato plant's stem problem!