How do I fight off an aphid invasion on indoor peppers? 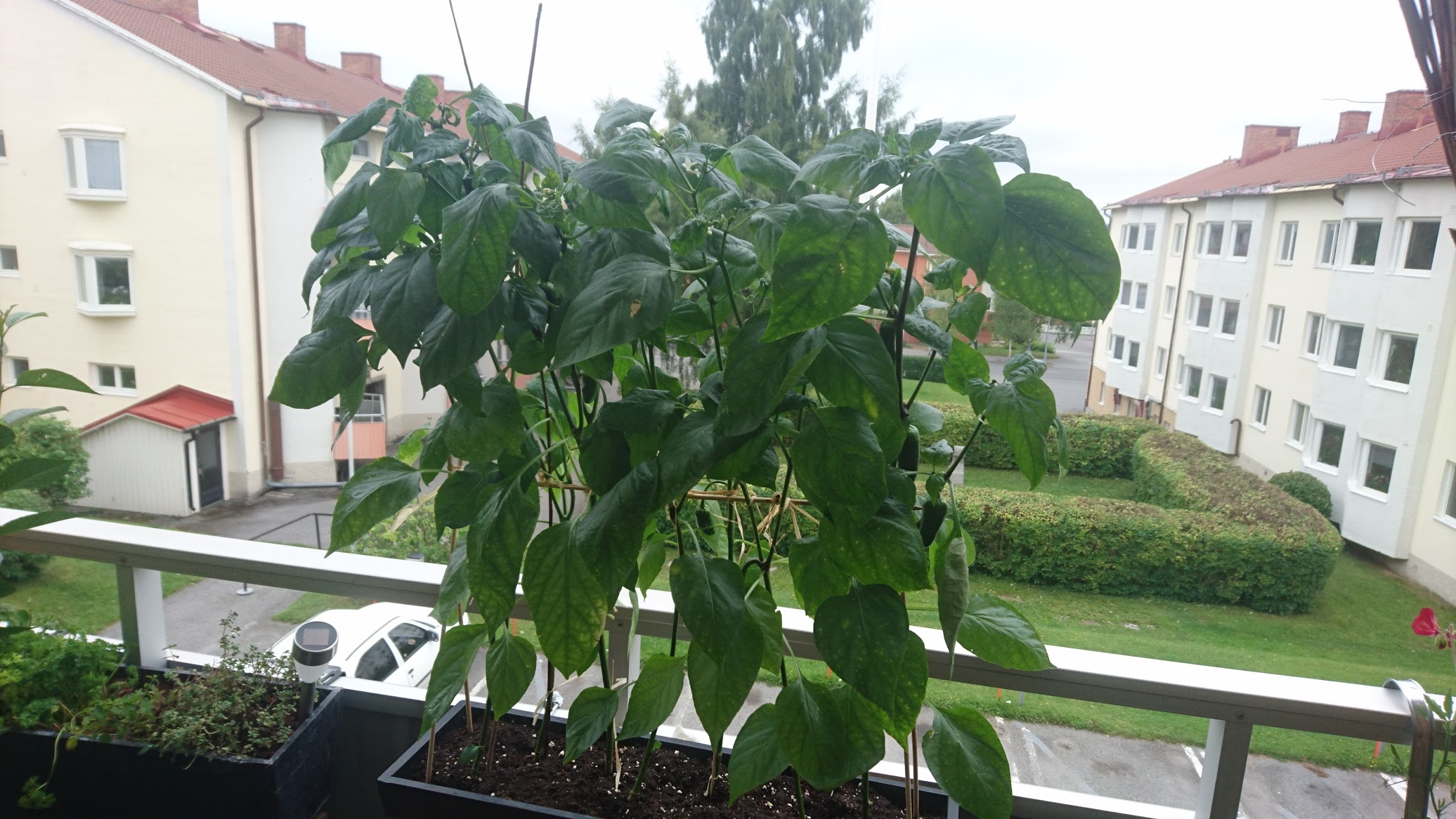 I have a row of (mini) sweet pepper plants grown from seed in a planter. The seeds are from peppers from the grocery store. They normally sit on the sill of a SE facing window.

So far they have been doing pretty well and are fruiting - but they have recently been invaded by aphids which seem especially attracted to the flowers.

I have tried covering the roots and blasting the aphids off in the shower - but that also knocks off the flowers and buds. I have also tried spraying it with a mixture of soap and water, which is not very effective.

I have also tried pruning off the most infected leaves and squashing any aphids I find.

I have considered some organic options:

Are they worth trying? 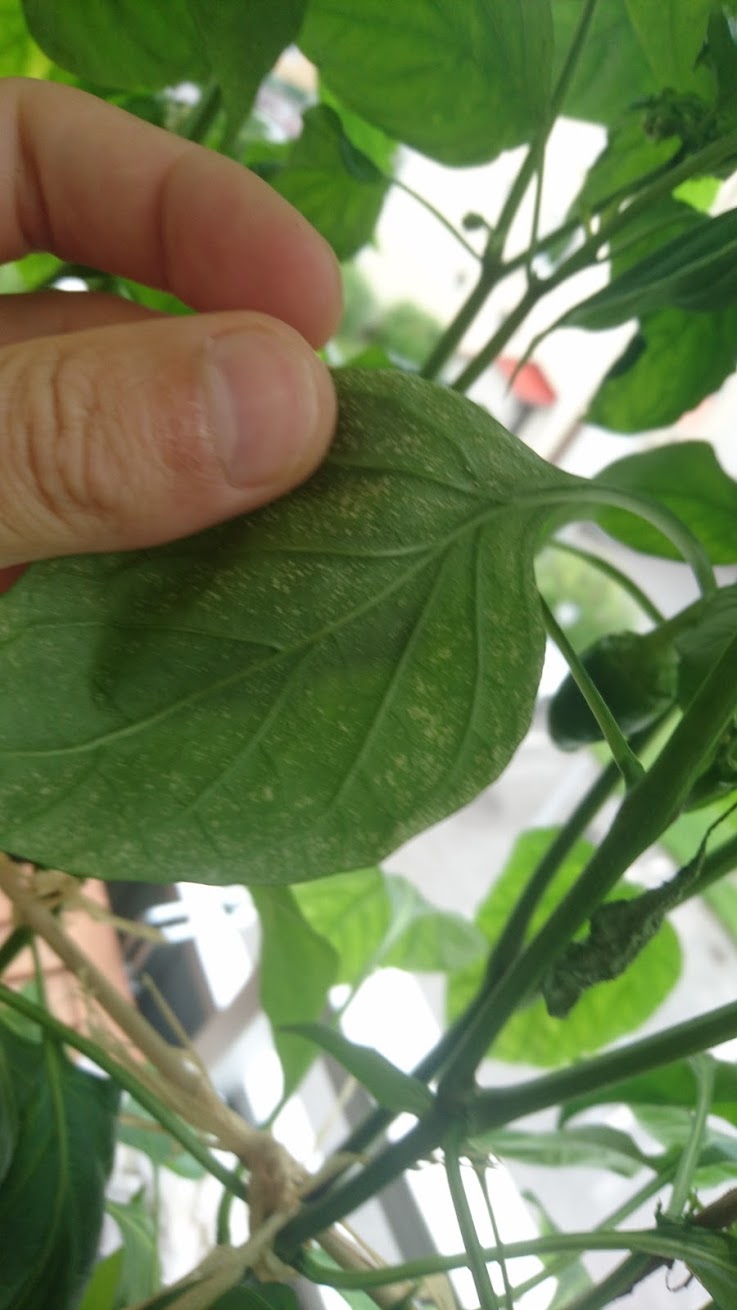 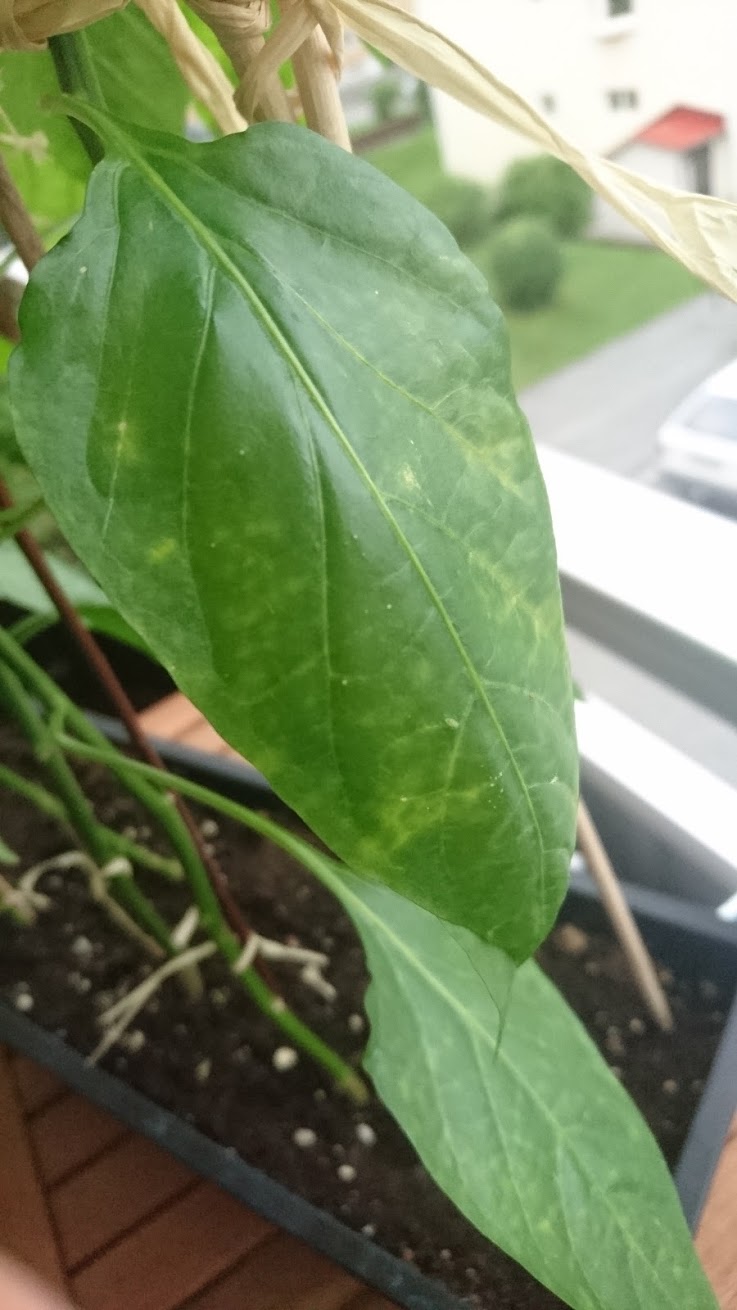 Neem oil and/or agricultural, insecticidal soaps can work, but require diligence in repeated applications. Another, perhaps more immediately effective, option would be Pyganic(an OMRI listed organic pesticide) or another pyrethrin product. Make sure to read the labels as some pyrethrin products may contain other ingredients that would render them non-organic.

A pair of applications according to label should do the trick.

EDIT: THE PLANTS SHOULD BE MOVED OUTSIDE FOR SPRAYING.

Not the answer you're looking for? Browse other questions tagged vegetables indoors pests aphids or ask your own question.

5
How do I get rid of worm-like trails all over my Senetti plants' leaves?
3
Advice for getting rid of Green Fly?
6
Can Nicotiana alata be used as an aphid "honeypot"?
1
Why are my yellow cherry tomato plants not growing or getting more fruit
4
Help identifying a flowering plant and its pests
2
Aphids on my houseplants
1
Is this scale on my English ivy? How to prevent spreading to other outdoor and indoor plants ? Should I just uproot and throw them out?
0
White patches on leaves on my indoor lime tree
1
Are these aphids that I've found in my indoor greenhouse and trying to figure out what this caterpillar like creature is?