What is causing this yellow fungus in my plants' soil, and should I be concerned?

In this post I mentioned that the soil in my schefflera plant's pot had been host to some yellowish fungus, but I somehow managed to misidentify some discolored perlite as the fungus in question.

However, I rediscovered the fungus yesterday; here a small growth can be seen about an inch in front of the base of the schefflera: 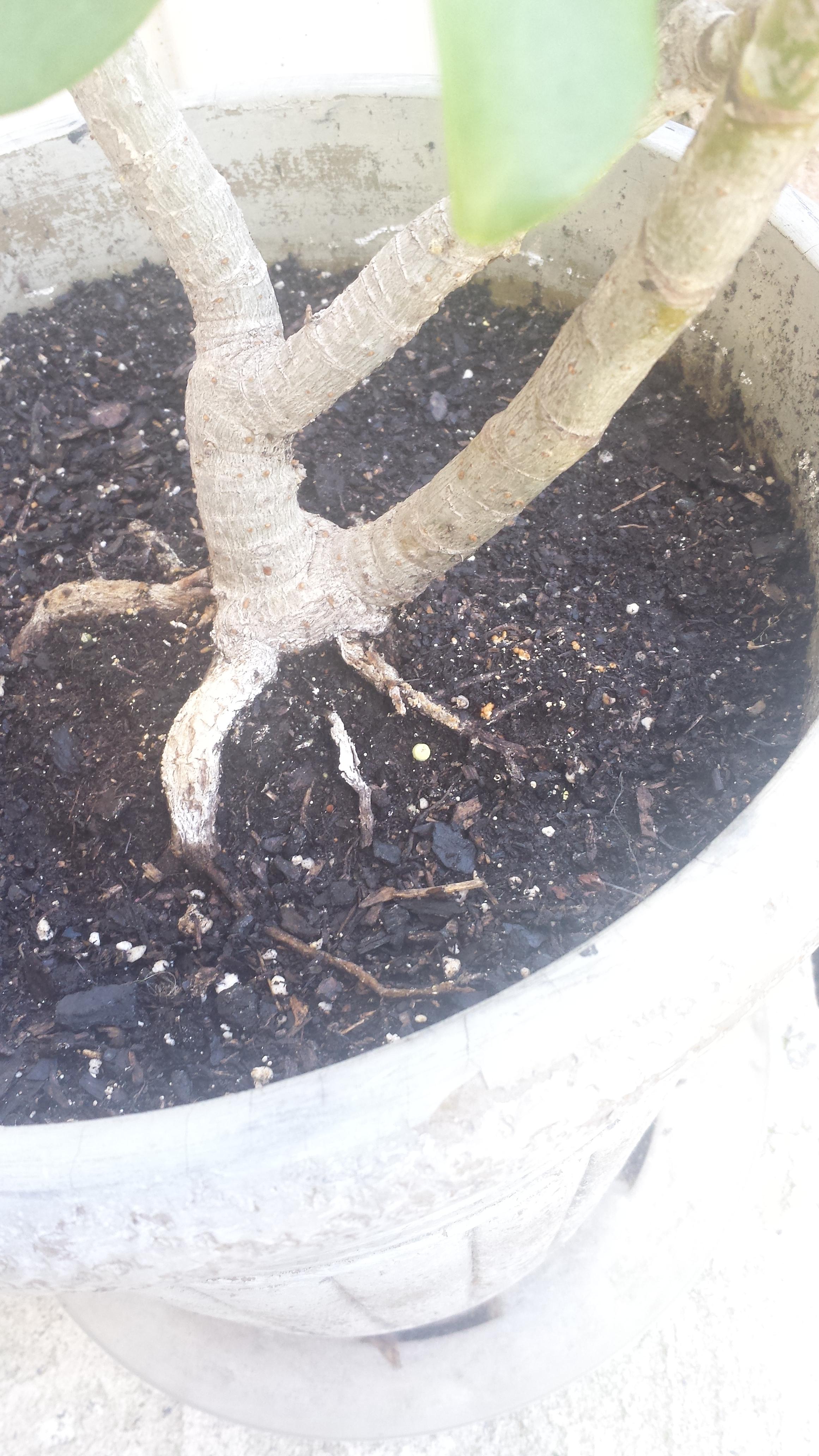 And here is a closeup of the same: 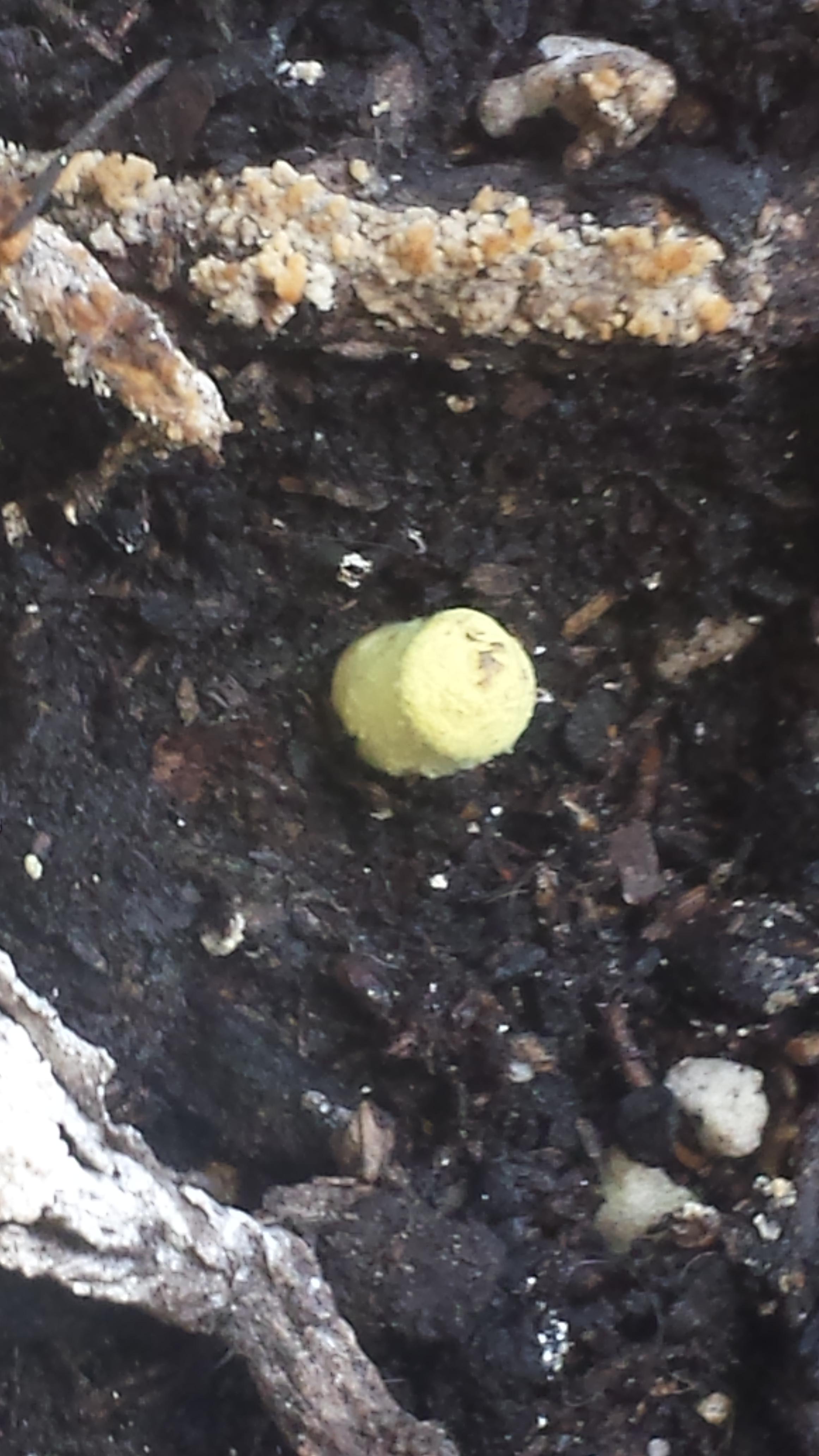 Then, when I was watering my philodendron, I discovered what appears to me to be a very similar, fuzzy yellow fungus on the surface of its soil as well: 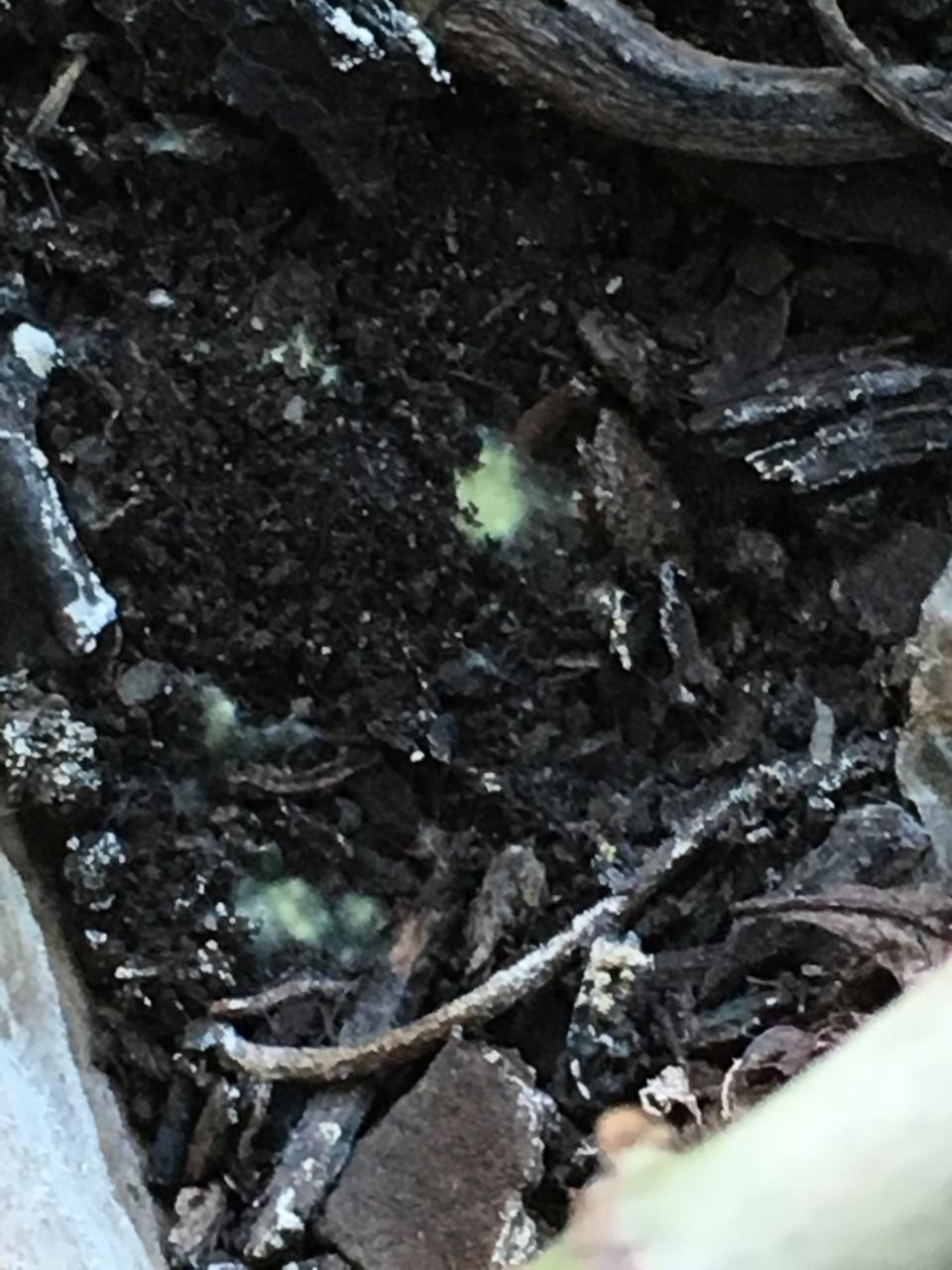 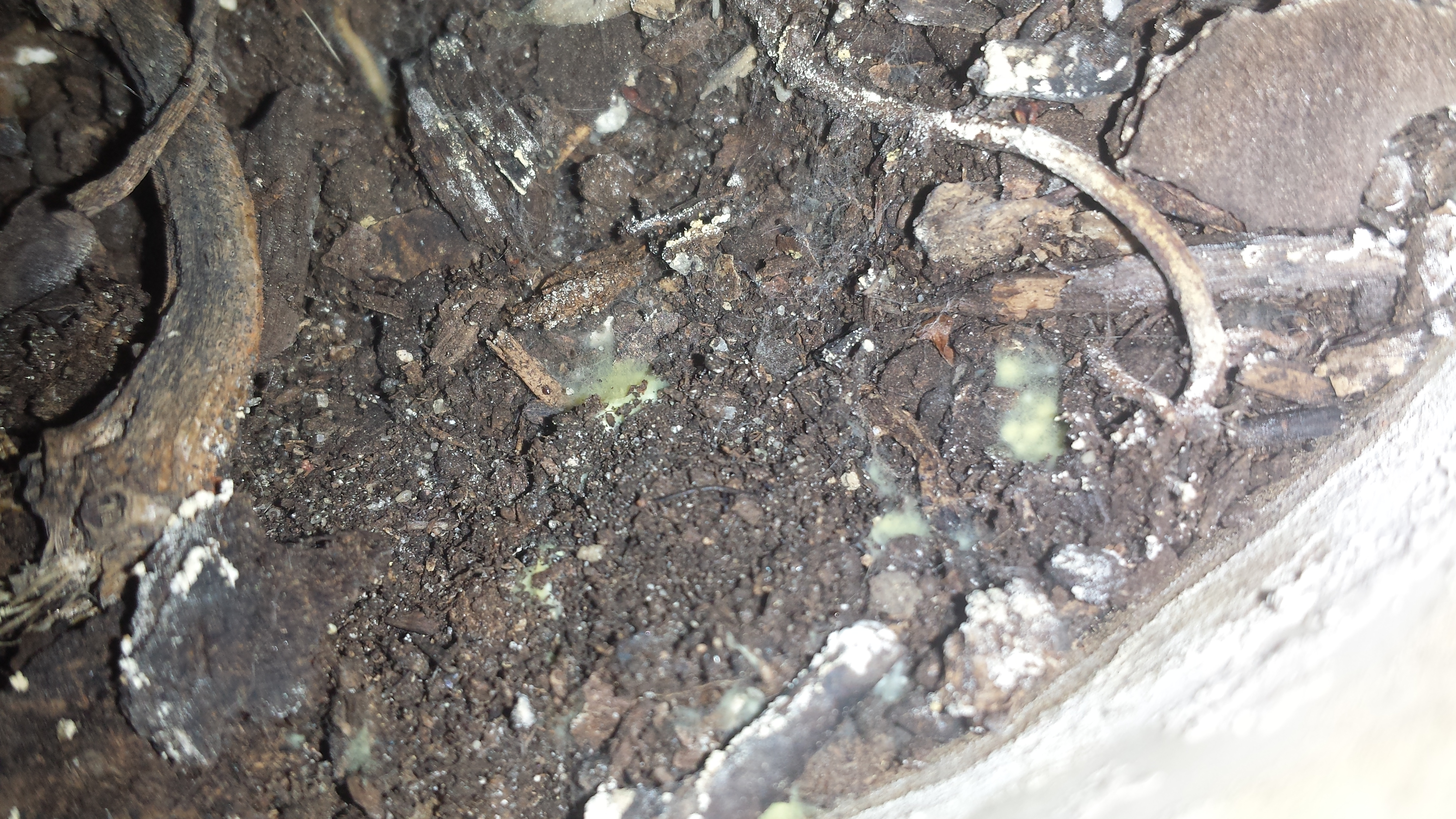 It doesn't really look quite like the dog vomit slime mold discussed here.

I removed the schefflera soil's strange cylindrical growth with a toothpick easily enough; but is this fungus something about which I should be concerned, or will simply scraping it off whenever it appears keep the problem at bay? Should I repot the schefflera and philodendron in new soil? Water less often? Or is it beneficial, and OK to leave as is?

Fungus are decay agents and can find a home where there is food (organic matter) and enough moisture to start. They will not cause any harm to the plant.

Generally speaking fungus and mould will not continue to do well in a pot where proper watering practices are followed: water thoroughly and let at least the top inch or two of soil dry out.

Additional to the (good) answer you've already been given, you might be interested to read the link below - yellow mushrooms occurring in houseplant soil are not uncommon, and I'd suggest the yellow cylindrical object you removed was, in fact, a burgeoning, not quite developed mushroom similar to those shown in the link

Not the answer you're looking for? Browse other questions tagged houseplants fungus or ask your own question.

5
What is this yellow mold or fungus in my container?
3
Is this spotting on my schefflera houseplant caused by alternaria?