When should I repot my avocados?

I stuck a bunch of avocado seeds into some mud, and surprise, they sprouted and seem to be doing quite well!

I think I need to move them to separate pots, however. Is there a general rule for doing this? Number of leaves? Plant height? There are some that are struggling (the two near the bottom of the pic), so I'll probably leave them alone for the time being. 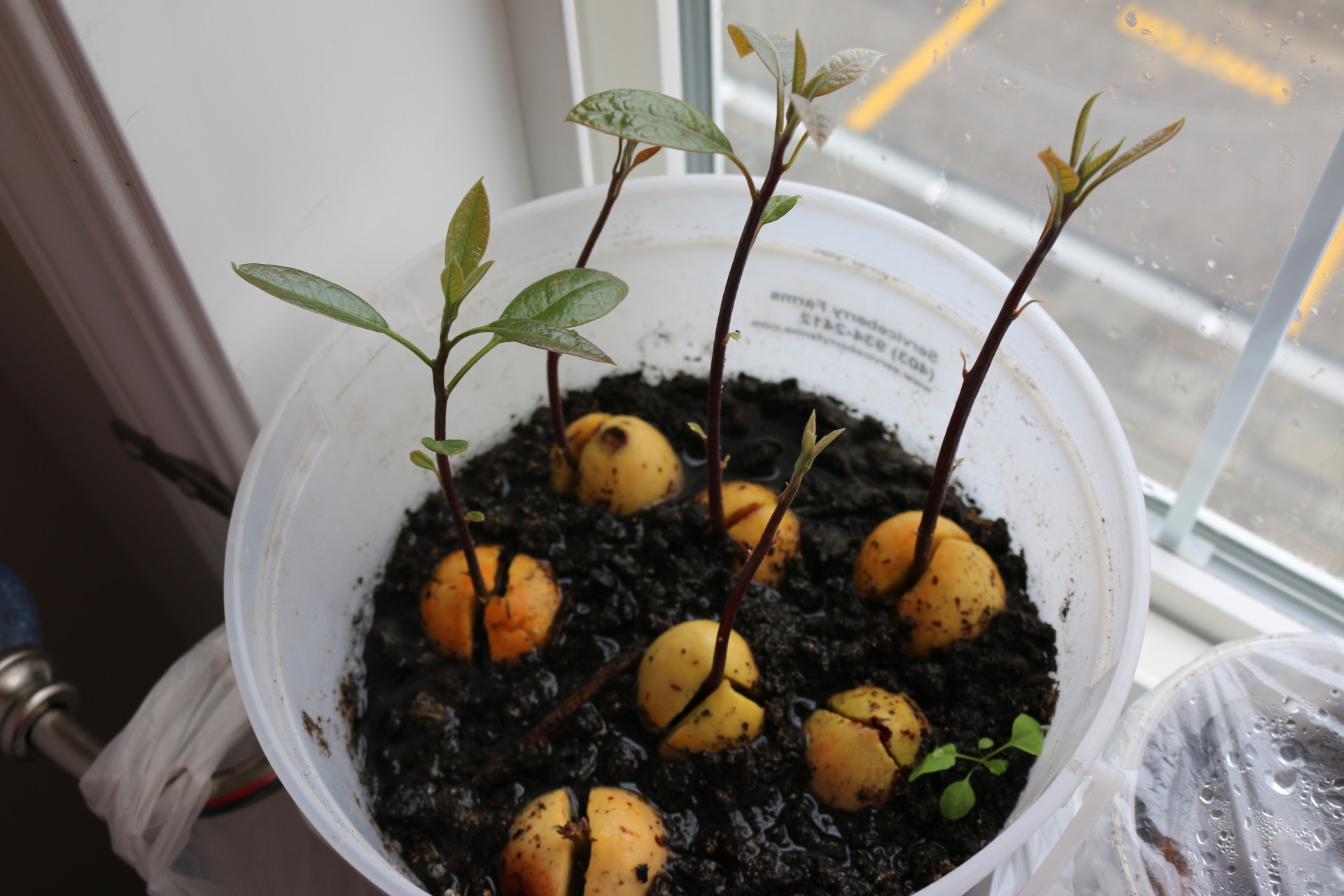 Avocados are trees, growing up to 65 feet (19.8 m) tall. As houseplants they do not branch out readily and require full sun. Most often they end up looking thin and spindly.

They take ten years before they fruit outdoors and because hybrids are grown you are not guaranteed that any fruit will be like what you planted.

All your seedlings should be gently separated immediately and planted in an indoor plant soil that has more drainage than the mix you currently use. A pot with drainage is essential for success. You may be able to find a pot that is for trees which is deeper than the usual ones.

See these questions for more information on avocados which are a popular topic.

I've found that avocados tend to grow a deep root system, so when you start seeing roots coming out the bottom of the pot, it's DEFINITELY time to transplant them to a bigger pot. With the photo included, I'd only have put maybe 2-4 seeds in it, tops. I just transplanted 4 of my avo seeds about the same height as those in the picture, into a 50L rubbish bin (comes with handles, which is handy - I drilled some holes at the bottom for drainage with some flat wood drill bits - it was only maybe 2-3mm of plastic to drill into so just did it slowly and didn't do any damage to it). I chose a rubbish bin because it was more deep than wide (and I struggled to find deep plant pots - no one seemed to have them - so I resorted to the next best thing), because they tend to grow roots downwards pretty quickly.

When they're older, I'd personally only want the avo trees to get to 2-3 meters high above ground. Any higher and you're just putting more painstaking effort into getting the fruit (why make it hard on yourself?).

In terms of avo's growing slowly, like the 2 seeds mentioned. If they haven't caught up to the others after a few months, they're probably weaker. A good indication of plant health is how quickly it grows (with exception to permanently slow growing plants, like the Jaboticaba). Also, if it's struggling to push roots through chunky soil (rocks, big chunks of bark, etc.), then it's going to slow down the growth, and potentially produce fruit that indicates its hard struggle in life (so choose a soft/fluffy/fine organic potting mix for when you're transplanting them to their 2nd to last, or final, destination). It's like Paul Gautschi says with kale, if the leaves are bitter, the plant is indicating its bitterness of how hard life was for the plant, because it struggled to grow. Kale shouldn't be bitter. Same goes for other plants. Give it the right stuff and make it happy.

5
Should I repot these orchids
3
How to Get Indoor Avocado Tree to Branch Out
5
When should I repot a newly planted potato?
3
Venus Flytrap: repot, sun and water
3
Oak Tree Seeding
5
Help needed to repot my 42" avocado tree in my apt please!
0
Need advice for pruning indoor Avocado saplings
1
Multiple types of brown spots developing on Avocado leaves