What is causing the open hole and damage to this oak tree?

There is a water oak tree in my yard, which is a member of the red oak family. There seems to be some sort of insect burrowing holes into the tree at the darkest spot. Tannins are being washed down the bark from the wound--possibly rotting the bark. What sort of insect does this? There was no previous wound as far as I know. I just noticed it for the first time today.

I live in South Carolina. I've seen things that look like this in the region but never anywhere near my property. 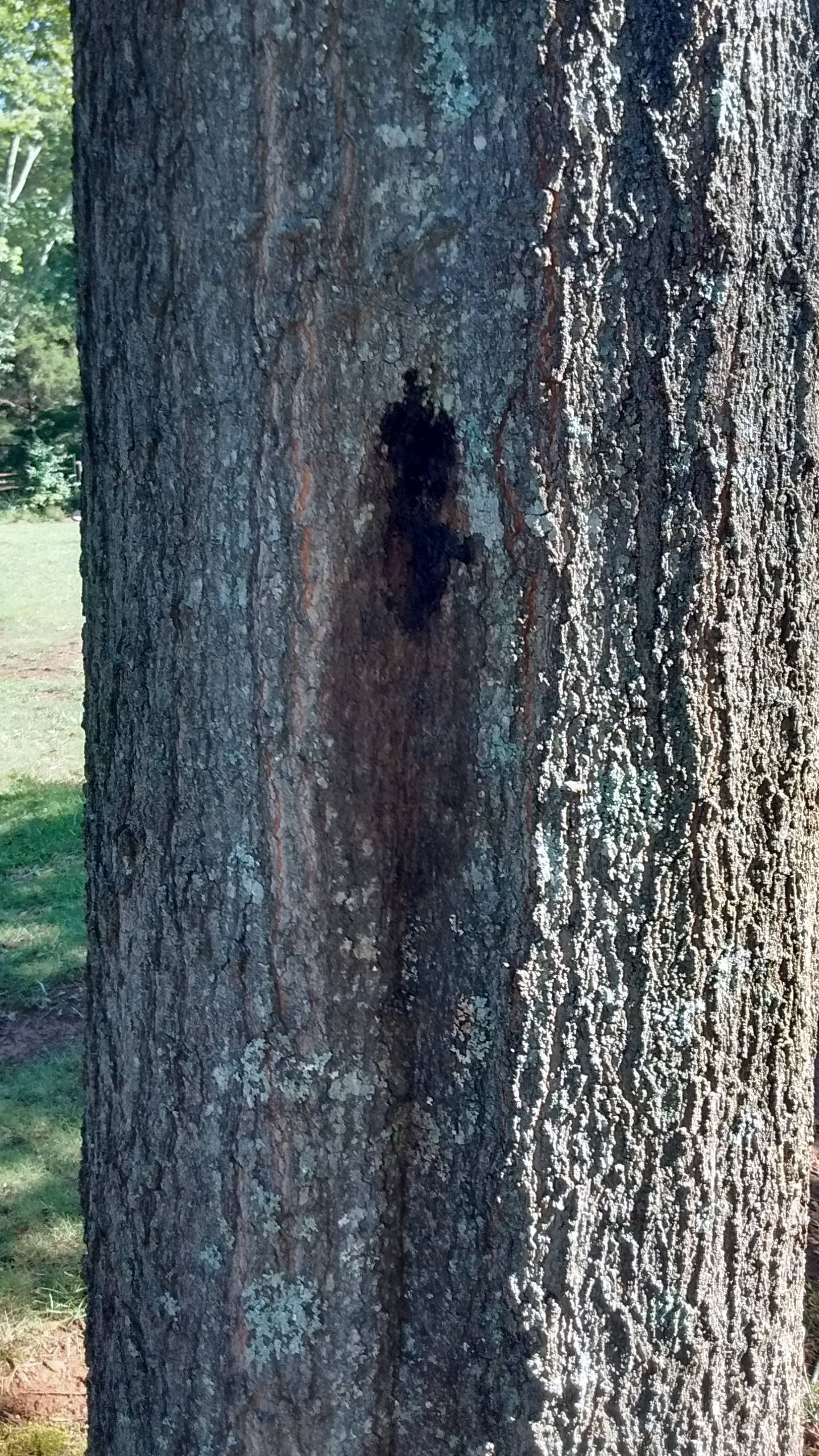 I have done some research into red oak boring insects.

The symptoms shown in your photograph indicate bleeding canker - what I'm not sure of is whether Sudden Oak Death is an issue in your area, so far as I can tell, its a major problem in California but not where you are (yet). Sudden Oak Death is caused by infection with Phytophthera ramorum, but I'd expect some symptoms on the foliage too with that particular cause, so maybe die back of leaves or branches.

Bleeding cankers have various causes; it sometimes sets in after damage to the tree, and once it starts bleeding like this, there's usually some bacterial and/or fungal contributory factor. Regular monitoring of the tree is a good idea so that if it gets to the point where it's in danger of falling, you're aware before it happens. It may be that the heartwood of the tree is infected and this has caused erosion in the cambium layers and a hole has opened up. You probably should call an Arborist to inspect the tree.