I have an issue with my 2nd year blueberry bush. I purchased this "Blue Jay" (I think) variety of blueberry bush two years ago and it has fruited satisfactorily both years. However, it's now sending up much larger-leaved "suckers". Am I looking at a possible grafted variety? Should I cut back the suckers? (They all appear to derive from under the soil). The suckers aren't flowering but I wouldn't expect them to anyways since they came up after the smaller leaved bush finished its fruits. I'm new to Vaccinium culture, would love some advice. 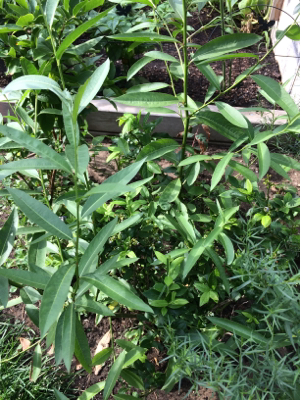 Update: it seems that you were correct. I dug up the bush and found an entangled root system of 2 clearly different species. I didn't think blueberries were grafted but these shoots did have the same aggressive nature as suckers that appear from below ground with other grafted plants. After careful separation, I now have a perfectly happy blueberry bush and what I believe to be some sort of Salix. Thanks everyone! 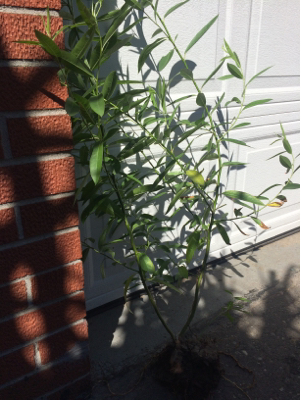 Check carefully to ensure that these are arising from the crown below the soil. If they are, then leave them alone. However, those leaves look much thinner then my blueberry leaves and one is suspicious that you've got another plant amongst it.

Can you compare the leaves from the original plant and the new leaves?

At a glance, you have weeds, not odd blueberry parts. Pull them.

Not the answer you're looking for? Browse other questions tagged blueberries suckers or ask your own question.

12
What causes flowers to fall off of a blueberry bush?