What is growing on my Anacua tree trunk?

A bunch of trees I had ordered finally arrived. None of them are in good shape though I was assured with water and fertilizer they will bounce back. One of the trees, an Ehretia Anaqua, has some odd, misshapen growth up and down the entire trunk. What is this and is it something I need to worry about? I'd rather return the tree if it's diseased. 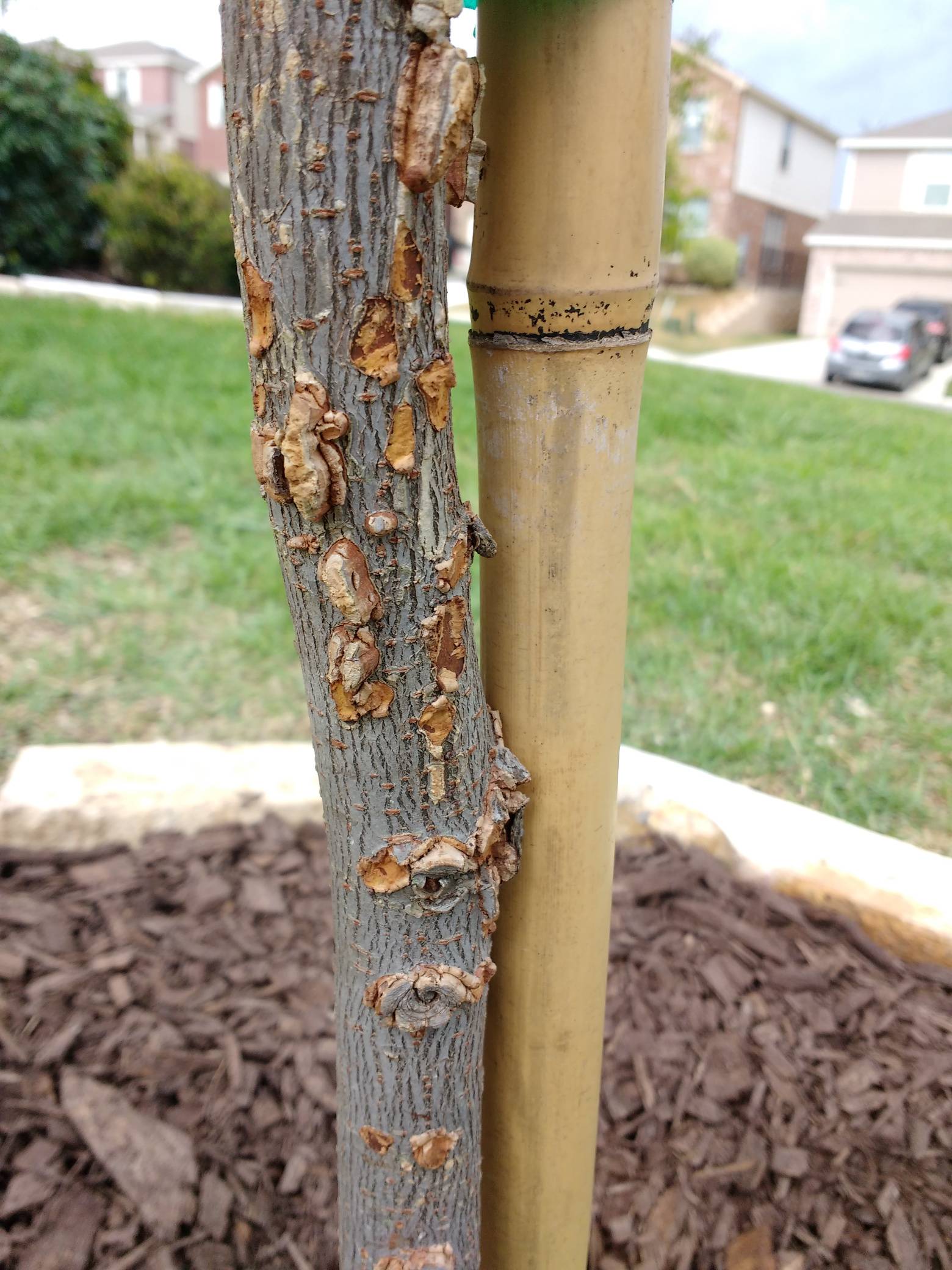 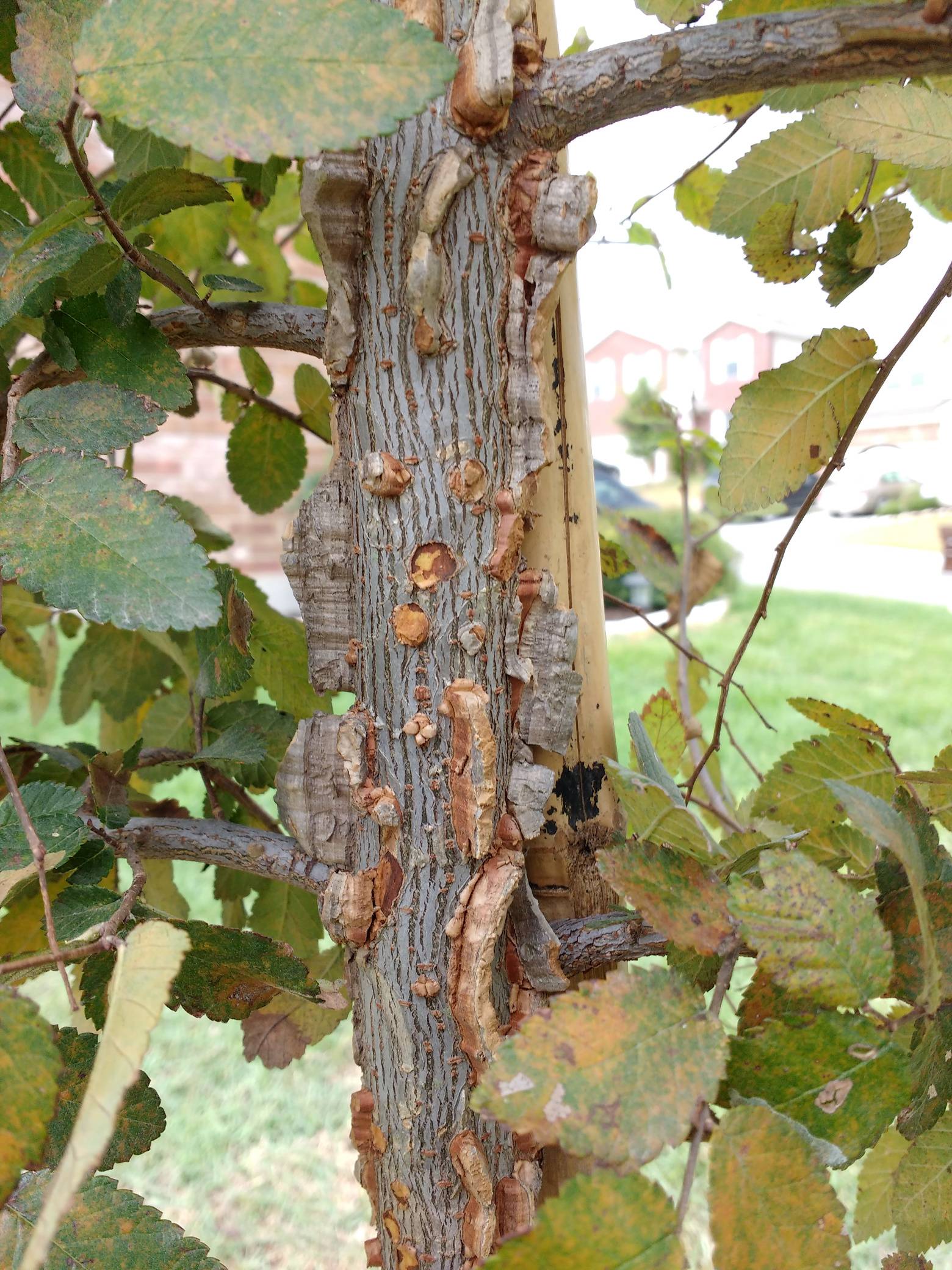 If this is Ehretia anacua, there's something wrong with it - the bark should just look grey and narrowly furrowed, like the parts around the orangy coloured deposits. The deposits or growths look almost like solidified resin or sap, but I'm not 100% sure that's what they are - whatever they are, they shouldn't be there, nor should some of the bark be hanging off, as I can see it is about halfway down on the right in the second photo. Orange resin deposits present on a tree usually indicate bleeding, and the cause is often a precursor to death or at the very least, a sign of infection or infestation. I note also the leaves do not look healthy - unless your growing zone is too cold for it and its starting the process of losing its leaves (its frost tender, but evergreen), they look as if they've got rust or some other infection.

I would return it from whence it came and get my money back... image of what the leaves should look like in the link below

If the supplier sent this out, I'd be somewhat concerned about the condition of other plants you may have purchased from them - when you buy a plant, it should look in tip top condition, not as if they need to be in an Intensive Care Unit with the distinct possibility of an imminent move to the Morgue - a little wilting due to stress if they've been in transit a long time is acceptable, maybe some physical damage from being packed, but that's all they should be suffering.

Image of bark in this link (on a mature tree), for confirmation

Nope, looks like this is completely normal and part of this tree's identity. Fringe tree bark.

It looks to me like this tree is attacked by some kind of fungus. The fungus looks largely widespread. Nothing to do, except wait for it to go away... Unfortunately, the tree won't survive it.

If you have others same species tree and unarmed in the neighborhood, then its probably better to cut that one of and move it away to the local green disposal.

4
What's wrong with my chili bush?
6
Will Arborvitae regrow to their usual shape after being partially eaten by deer?
7
What is this large tree with many suckers growing from the trunk?
1
Why are the leaves of my peach trees turning yellow?
4
How/if to transplant a 15' Catalpa?
3
Light patch on tree trunk
3
What is this growing on my orange tree
5
Why is the trunk on my plum tree soft?
1
What to do about damaged tree trunk bark