Cucumber with bacterial wilt, what to do to save other plants?

On Saturday, my cucumbers looked perfectly healthy. On Sunday, half of one of my cucumbers had very wilty leaves. On Monday, the other half of the cucumber's leaves were all wilty.

I have seen cucumber beetles on my cucumber plants before, and still do. I was previously unaware of the bacterial danger they posed to my plants so I didn't do too much to fight them, as the leaves weren't being eaten too much. There was also another kind of beetle that I don't recognize and don't have pictures of, maybe twice the size of the cucumber beetles and having orange highlights.

This cucumber is growing very close to/on top of some other cucumbers. I also have a zucchini plant and some butternut squash plants pretty close to the wilted cucumber, as well as some more cucumber plants further away in the same garden. My garden also has pinto beans, garden beans, carrots, roma tomatoes, and russet potatoes. 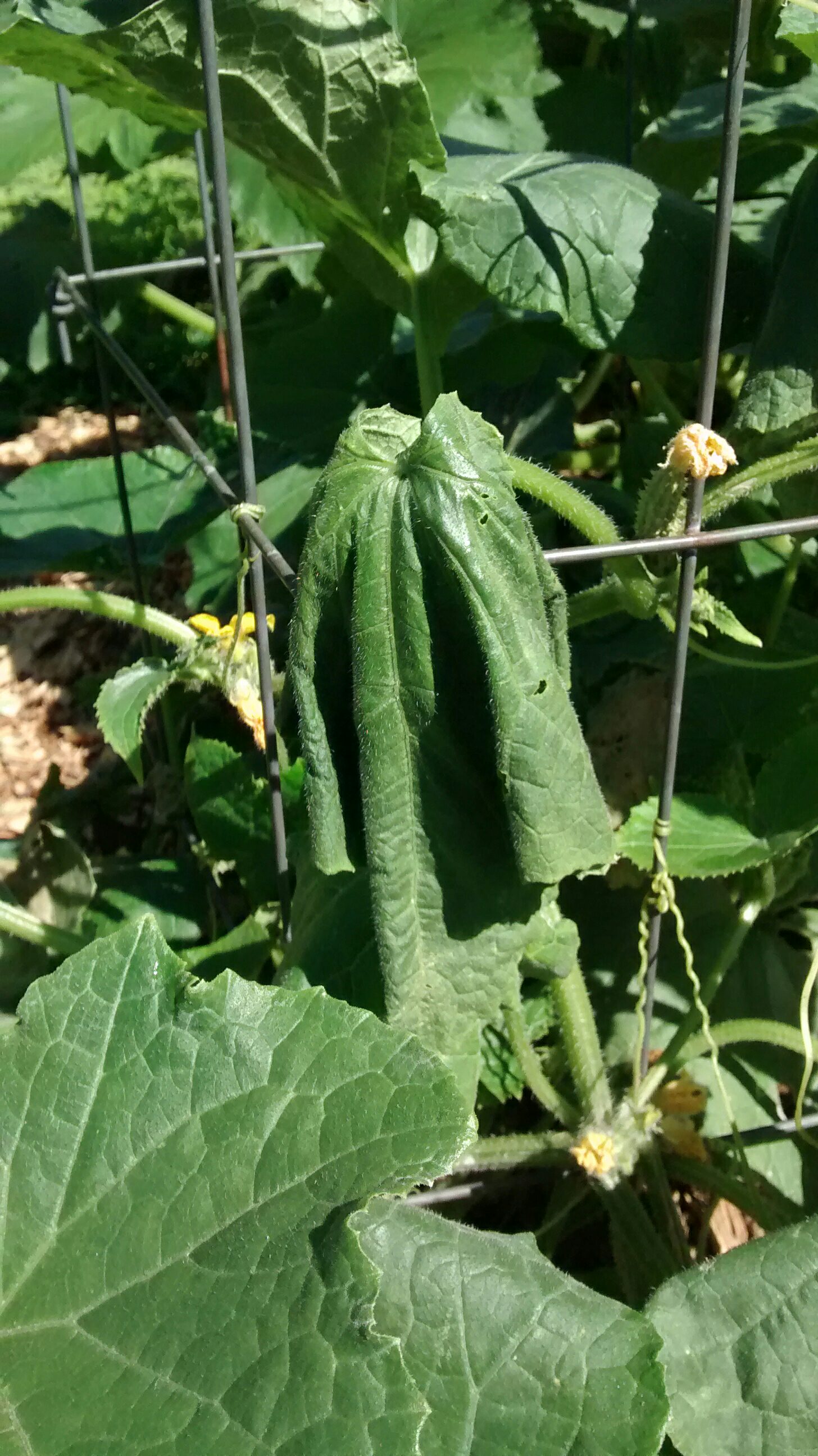 I would first confirm that this bacterial wilt. Confirm the disease is present with the below test:

Take a knife and slice open a stem along its length. If you see a substance resembling thick white liquid, then you have confirmed your plant indeed has bacterial wilt.

With regard to how to save your remaining plants, remove all plants showing signs such as wilted leaves, as infected plants serve as vectors for cucumber beetles.

4
How to keep cucumber beetles/bacterial wilt from spreading when removing infected plant?

12
Cucumber plants wilting in greenhouse, but fine indoors?
6
Cucumber plants are healthy, but wilt badly in hot sun, then recover
12
What causes cucumber leaves to turn yellow, brown, wilt, die, and the plants to stop producing?
4
Brown spots with yellow on cucumber and tomato plants
5
What is causing yellow and brown blotches on my Roma tomato's leaves?
4
What's wrong with my plants
4
Wilted cucumber plants; watered during the afternoon
3
What is causing my peas to wilt?