I found these white bugs on my Carolina Reaper plant last week. They seem to leave white webs/fluff behind them, as you can see in the picture. From what I've read online, they appear to me to be mealybugs, except that these little fellas jump. Are they dangerous to the plant? How should I deal with them?

I can try and get a better picture or from a different angle, if that would help.

Edit: I asked a buddy of mine who does landscape architecture, and he said it looks like some kind of spider to him, though he has no idea what kind. I looked at a list of all spiders in Indiana (where I live), and didn't find anything that even comes close to resembling it. I used a similar website to look at common bugs in Indiana, but couldn't find anything there, either. I'm in Southern Indiana, if that helps.

Update: A Carolina mantis decided that s/he now owns the pepper plant. There are no more white bugs/spiders to be seen. 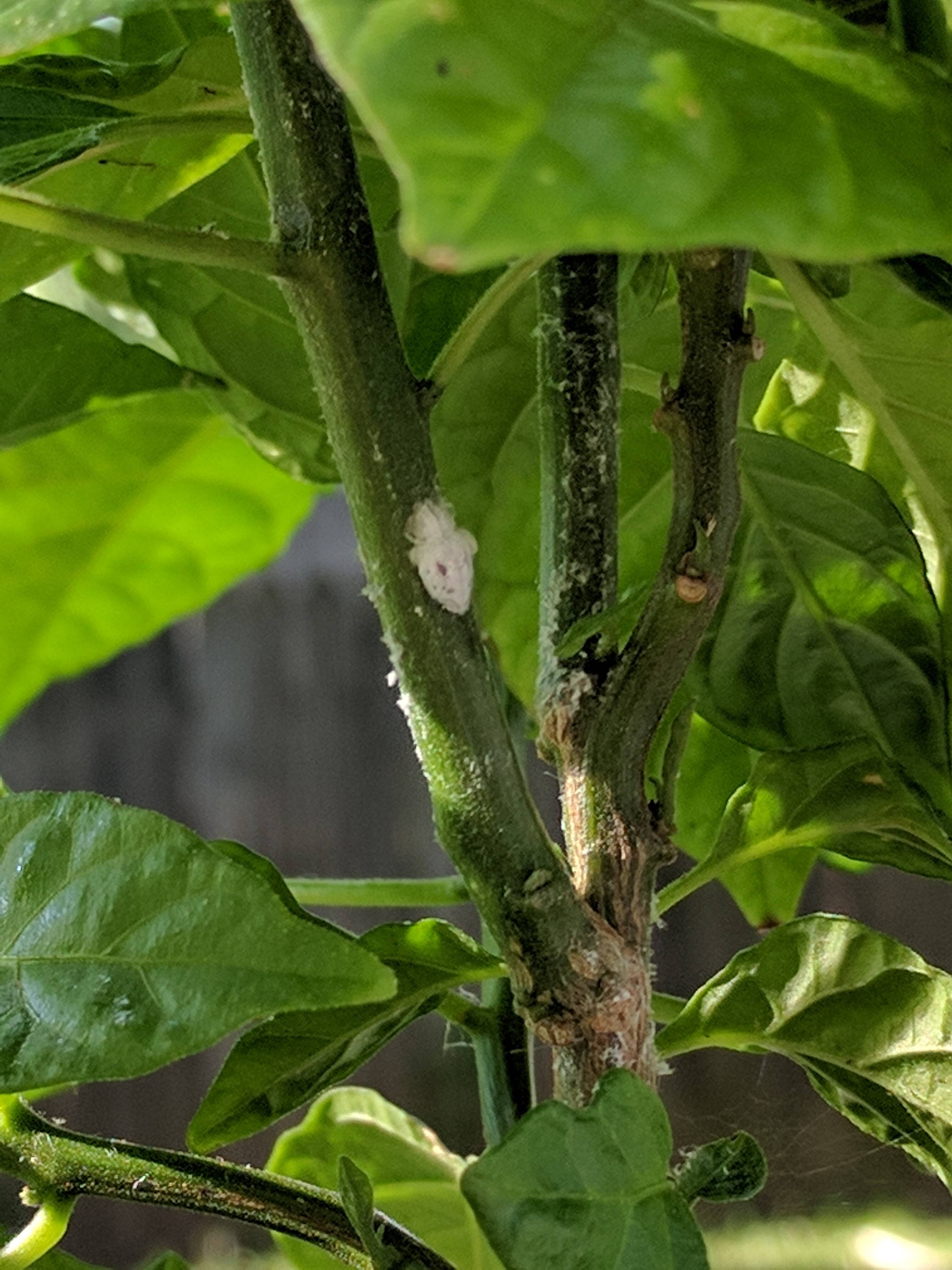 Aha! After tons of Googling, I finally found that this is a Flatid Leafhopper.

Apparently they aren't inherently dangerous to plants, but can carry a virus which is devastating to most herbaceous life. As such, I'll be getting rid of them. The recommended tool is neem oil, in case anyone else comes across this.

Not the answer you're looking for? Browse other questions tagged identification plant-care insects bugs or ask your own question.

5
What's this hard, brown bug with lots of legs and will it harm my veggies?
6
Identify striped bug on plants: safe or suspect?
5
What is this black and red bug?
3
What kind of bug is this?
1
Identify this bug
3
White bug identify
1
What is this bug skeletonizing some of my tomato leaves?
2
Bug identification