I found this caterpillar a few days ago, and at that time it was green with lighter green stripes running along its body, black spots on its head, and a few fine hairs. 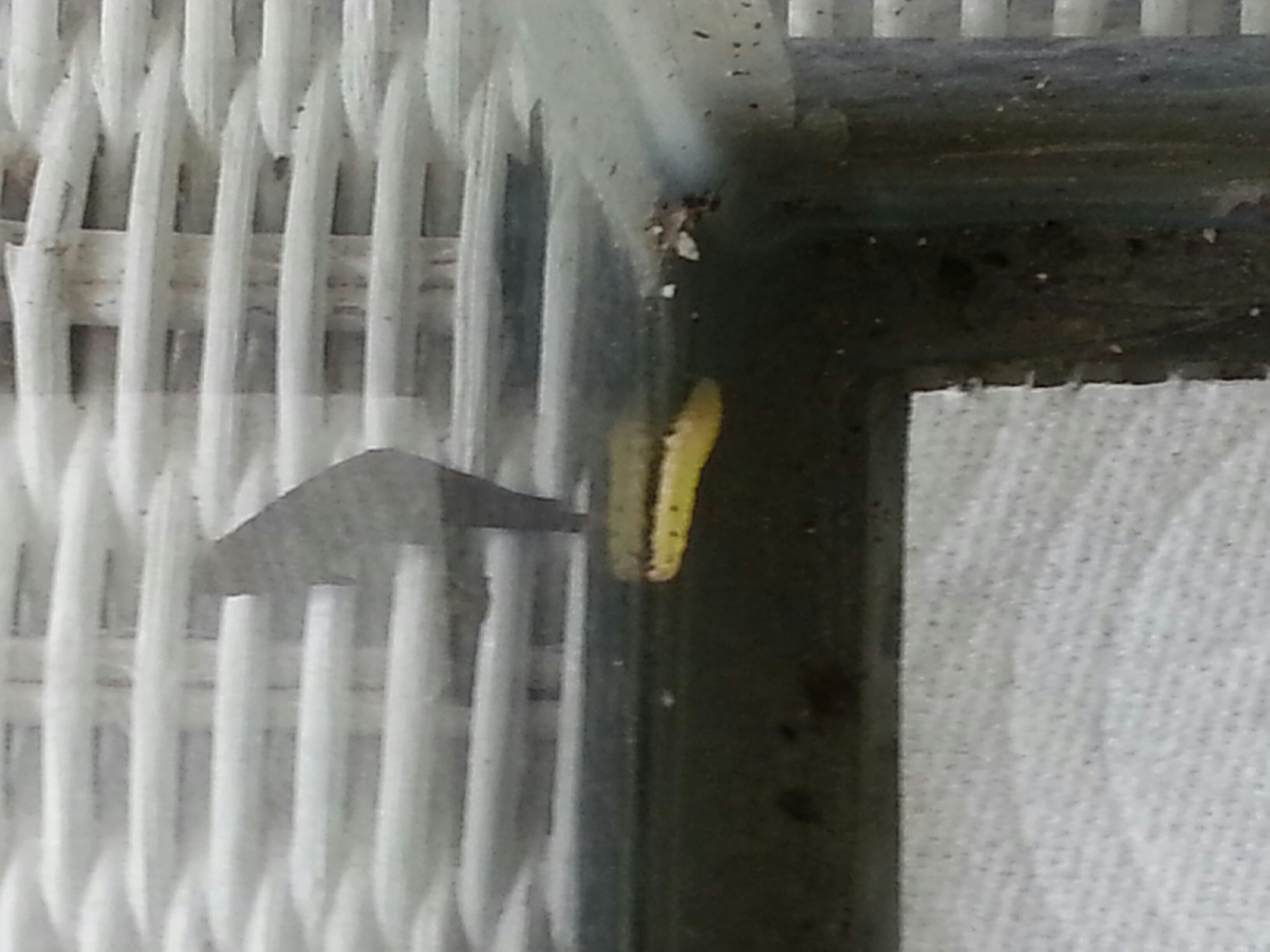 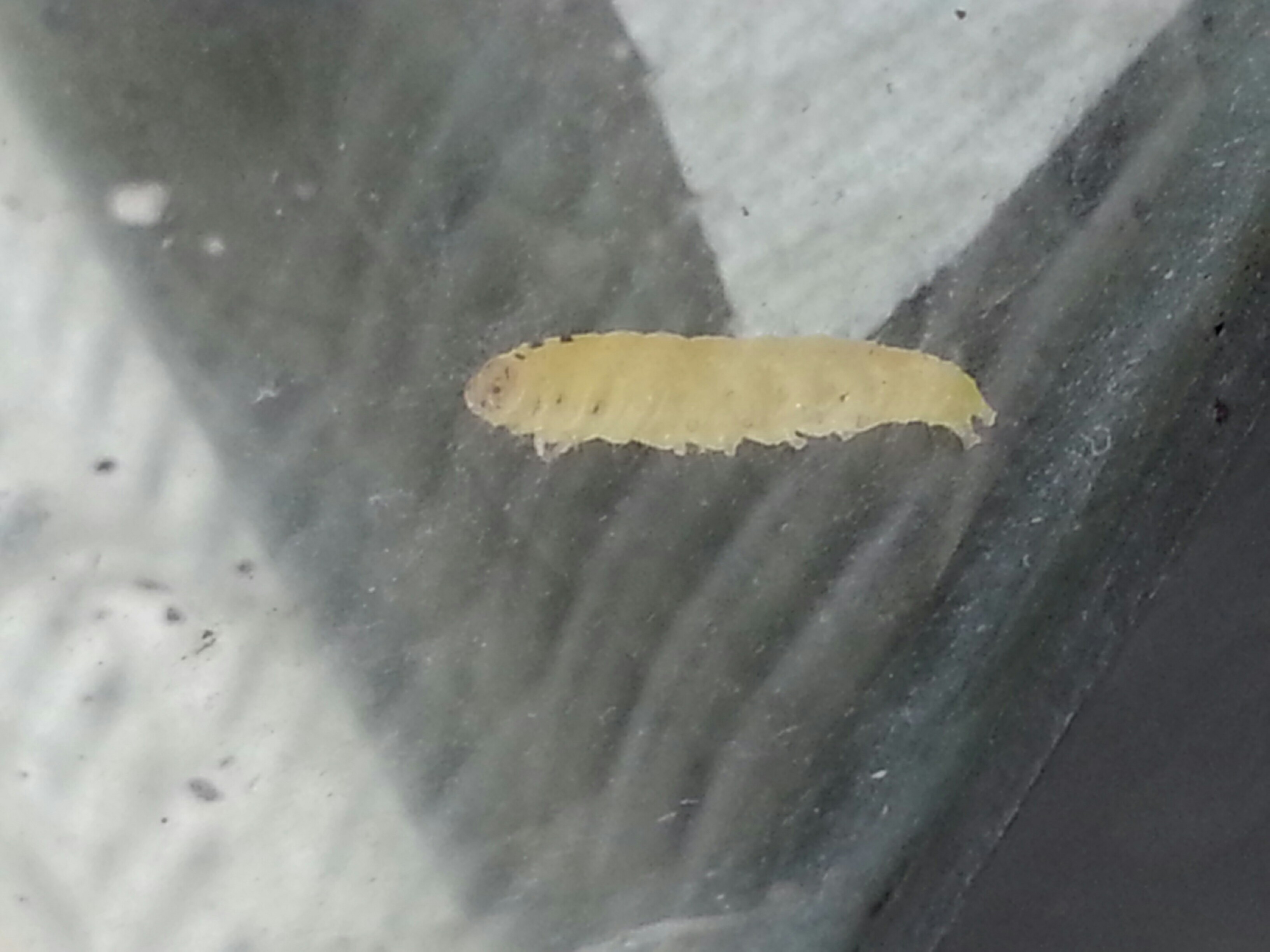 It had made a leaf of one of the purple coneflower plants in my backyard its home by curling it around itself using its silk. It had also eaten part of the leaf it was in. Wanting to show my younger brother to raise it into a butterfly or moth as a little project over the summer, I picked the plant and placed it into an unused aquarium. On that night it proceeded to a different leaf and made it its new home.

Over the next few days my brother and I took care of the caterpillar, and during that time it seemed pretty happy eating the leaves from the coneflowers that we put into the aquarium.

When I found it this morning within the now wilted, curled-up coneflower leaf, it was yellow. I don't think it has eaten anything at all for the past day either, and up until now it still hasn't. My thoughts were that it was getting ready to pupate, yet it still seems small and it refuses to climb any of the sticks in the container; also it crawls along the edge of the aquarium and is still doing so at this time.

It would be nice if I could get some help with identifying this caterpillar so I can take the appropriate measures. So far nothing has come up when searching for caterpillars that feed on purple coneflower leaves, though the species of caterpillar that it seems to resemble most closely is the sleepy orange, abaeis nicippe.

Edit: I added a little soil to the container and after a little crawling around the caterpillar pretty willingly dove in. Could it be a species that forms its pupa under the soil?

Active Oldest Votes
1
Want to improve this post? Provide detailed answers to this question, including citations and an explanation of why your answer is correct. Answers without enough detail may be edited or deleted.

It looks like a cabbage looper. It has black spots and looks like the one in your photos. 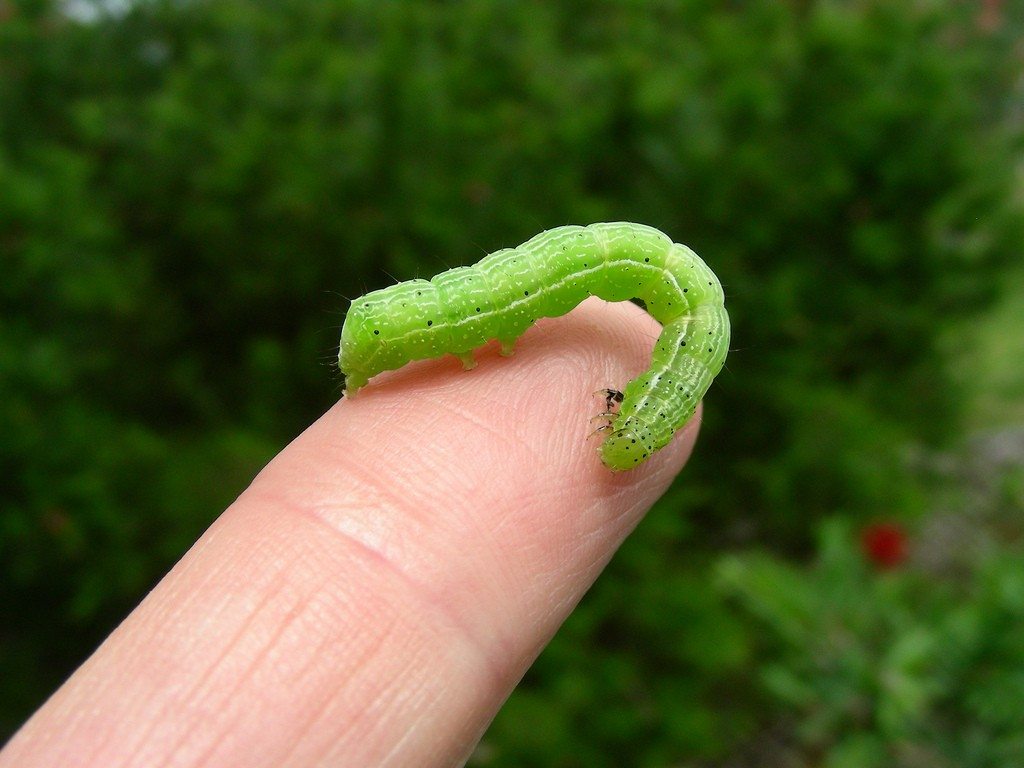 Not the answer you're looking for? Browse other questions tagged identification butterflies or ask your own question.