Why did the leaves of my pepper plant become partly white after transplanting?

I am growing a scorpion pepper plant and I have an issue. Since transplanting, all of the new growth is white. I used miracle gro potting mix. The seedling was previously in a pot with a different plant of which I don't know what is in the dirt.

The picture shows the plant. The half green leaf was already half formed when transplanted. The existing green stayed while the new part became white, which is why that leaf is partly green and partly white. It has been 2 weeks and it is continuing to grow new leaves that look healthy, but they're green and white. It is kept indoors.

Why would the leaves be growing white and green like this all of a sudden? 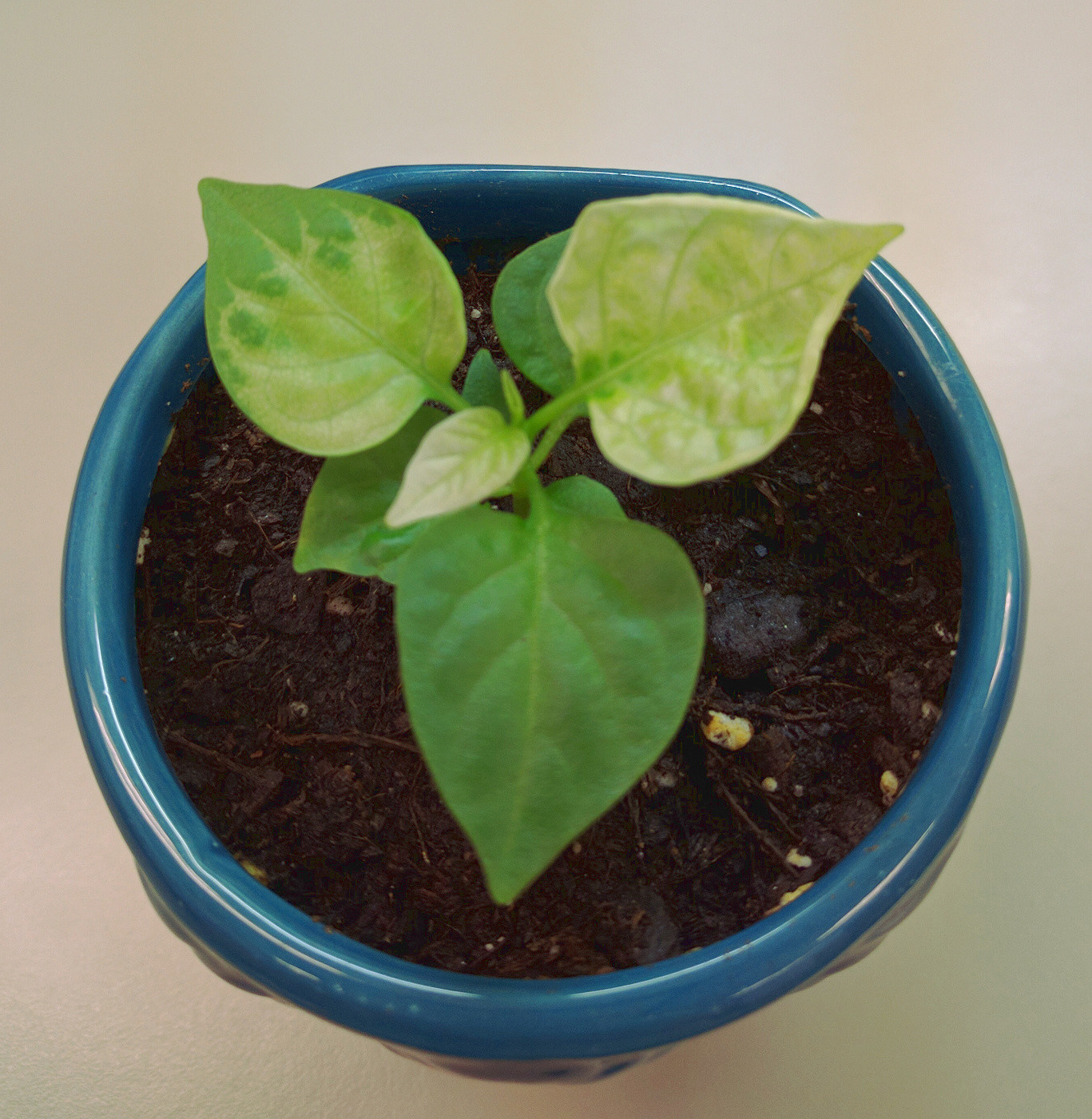 You should gradually move this plant outdoors for more light. Start by putting it in a shaded area and move to full sun over a period of a week.

It should green up (ie: produce more chlorophyll in the leaves) in response to higher light levels.

Not the answer you're looking for? Browse other questions tagged diagnosis vegetables plant-health peppers or ask your own question.

11
Why are the leaves of my pea plant (little marvel) drying up and turning brown?
3
Why did the leaves on my Christmas cactus suddenly change texture and colour?
7
Why is the foliage turning yellow on this climbing indoor vine?
10
Why are the leaves on my mango tree turning brown and drying out?
5
Why did my tomato plant stop growing after transplanting?
3
What is causing large white spots on my sweet basil seedling's leaves, and can the plant be saved?
2
How to take care of White Sandalwood Plant in the Pot?
1
Why does my dragon tree have white spots and brown leaves?
2
Is my Ti plant beyond saving?