What type of dandelion is this?

Years ago, hiking in the Malibu CA region, I saw this very unusual inflorescence that looked like a dandelion but isn't like any that I've ever seen before or since. The yellow flowers in the corner of the picture might give a hint as to what plant this is from--but it's also possible that those are from a different plant. If anyone can help identify this plant, I'd really appreciate it! 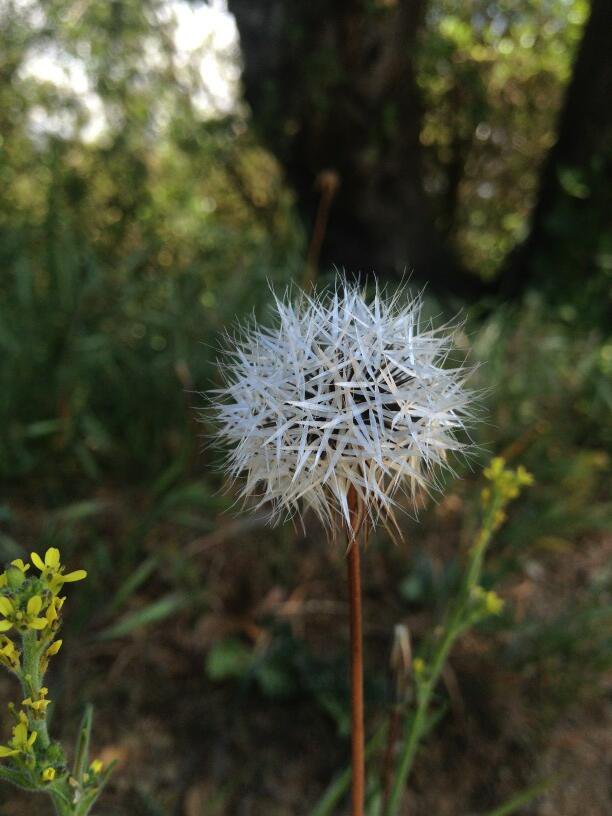 OOOOOH! Could it be Achyrachaena mollis ("blow wives")?

Or maybe it is Uropappus lindleyi, aka "silver puffs". I think this is a better match (an image search for A. mollis shows very different seed head morphology).

Let me just preface this by saying that I remember when I took that photo (which, based on the time stamp, was back in April 2013), I had searched on the internet with no success: various searches by image failed, and searches using keywords like "dandelion" or "star dandelion" were hopelessly futile.

And just by sheer luck, Ben Welborn's comment suggesting Gilia sp. prompted an image search under that genus, which so happened to return a few results for Uropappus, which I think was misidentified as A. mollis, and eventually led to what I believe is the definitive genus, Uropappus, probably Uropappus lindleyi. The resemblance in the seed head, at least, is unmistakable: 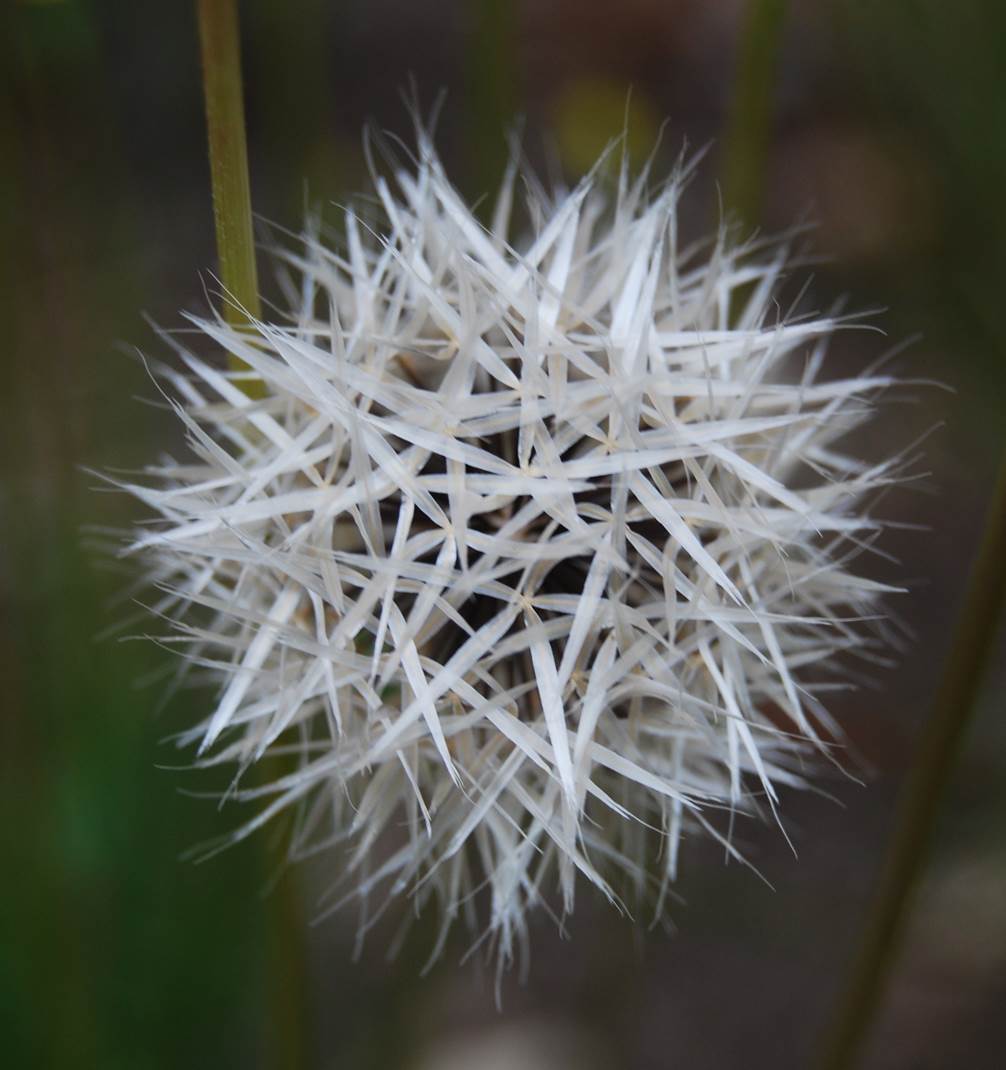 Again, I wish to thank Ben, and everyone who provided feedback, for helping in identifying this distinctive plant!

Not the answer you're looking for? Browse other questions tagged identification wildflowers dandelions or ask your own question.

5
Will dandelion spray made with iron supplements work?
6
How can I verify the total extraction of dandelion roots?
9
What can I plant in dandelion graves?
6
What type of plant is this?
8
Can someone help me identify this type of fennel / aniseed?
5
Removing dandelion by cutting the root one inch below the ground level. Will this work?
3
What type of Mimosoidea is this?
3
What is this purple wildflower?
0
what type of begonia is this?
1
What type of bush is this?