A few months ago, I tried to get some citrus seeds from flea market fruit to sprout, but they didn't so I just buried them inside the pot of my grapefruit plant. Last week, I noticed that there was a new plant growing from 1 of the seeds! But it was white? Any Idea if this is normal? I believe the seed might be from a Mandora citrus. 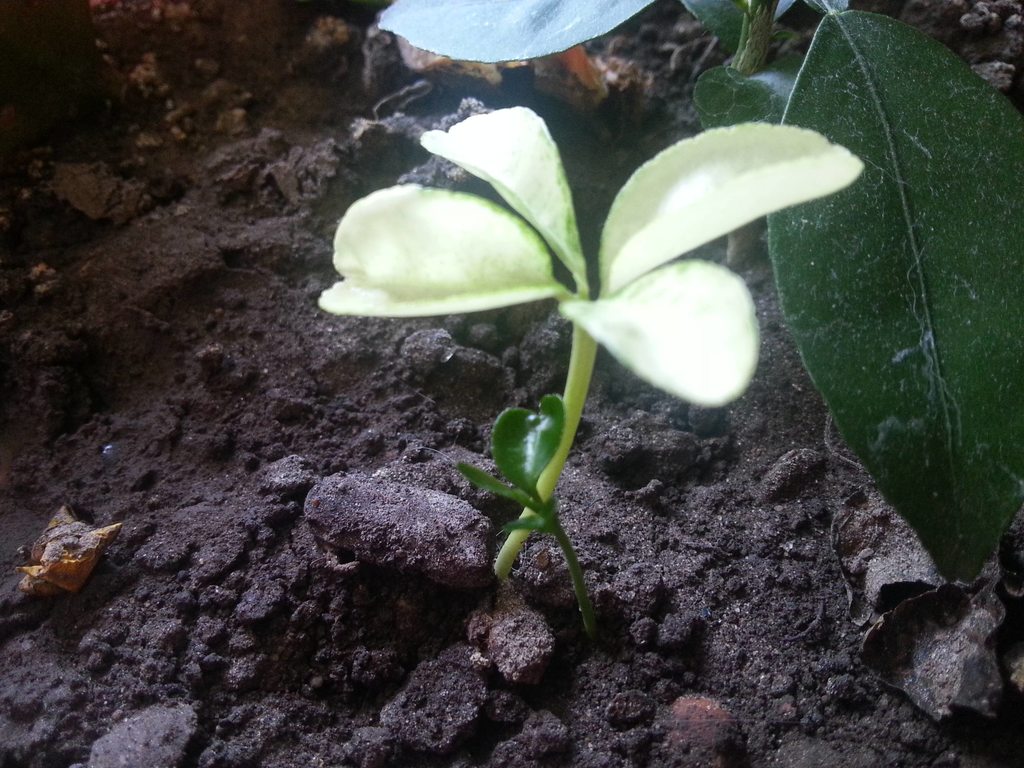 There is also another plant growing very close, when should I seperate them?

Also, here is a photograph of my 1 year old grapefruit plant in Toronto. Its been kept at the window since I planted it last July, mostly because I'm scared that a squirrel will dig up the plant, or insects will infest it. 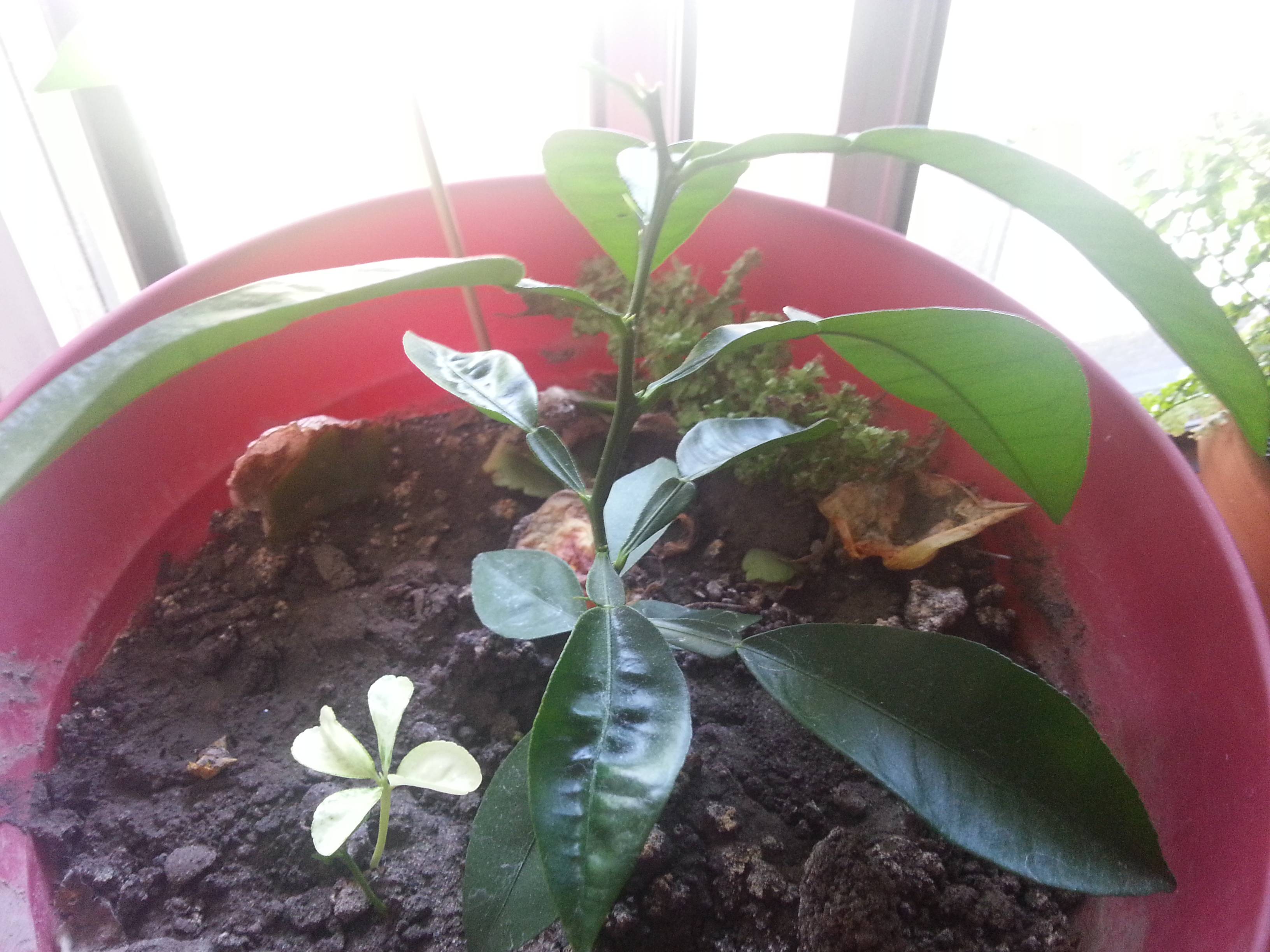 Its been growing in spurts, last month over 2 weeks it grew 5 leaves, but then stopped growing. I also noticed that there was a growth on the top of the plant that appeared to be tiny leaves, but it dried up and fell off. Will this affect the plant later on?

Thank you for your time.

Fungal infections during germination can cause albinism, hence commercial growers use hot water treatments and fungicides for prevention. Citrus grows in spurts known as "flushes". In warmer climates there will be more growth flushes than in coolerclimates

It's not normal for any plant that uses chlorophyll for photosynthesis to be white. In the cactus world it's generally considered a mutation and these plants are often grafted onto non-variegated stock. The stock feeds the variegated part. I suspect that the pictured white plant has run out of the food stores from the seed and is no longer able to generate new cells, that's why the top (apical meristem) turned brown and fell off.

I don't know anything about grafting citrus seedlings, but I suspect that the only way for it to survive is on a graft. You wouldn't end up with a white tree, you'd have a tree with a white branch. You would need the green parts to keep the white part alive and growing.

That is interesting and fairly uncommon. It does happen from time to time in citrus though as well as in other plants (I had a rose of Sharon bush that would throw about 25% "albino" seedlings and some that were variegated as well). From the top photo, it looks like there might be some "green" around the edges, but I can't tell for sure. It might be a "high degree of variegation", but the plant will definitely need some help if you want to keep it (I would). You might try to graft it to the adjacent seedling when/if they get a little larger to help it to survive. I found a couple of links about citrus albinism and variegation that might be of interest to you.

Not the answer you're looking for? Browse other questions tagged houseplants containers citrus or ask your own question.

4
Can a citrus tree produce fruit after a freeze?
3
What was this large yellow-green fruit I ate in Ethiopia?
2
How can I tell which citrus plant it is from their leaves?
5
What type of grow light should I buy for young citrus seedlings
2
What to use - seed grown citrus as rootstock?
3
12 year old peace lily
2
Interested in starting a new small Kratum plant from a large 4 year old one
0
Grapefruit seedling