A couple of years ago a guy claimed to have brought a Brazilian plant from the jungle. He wanted to bring a banana but as soon as the plant grew it was obvious that this was no banana plant.

If you water it properly (meaning really a lot!) it grows superfast and if you take a dead part of the "root" and put it in soil it starts growing again.

The plant grows like a banana, the "branch" creates a leaf, it unfolds and then the branch keeps growing until there is a new leaf which unfolds...

Because it was supposed to be a banana and is growing amazingly fast, we called it "bananorris".

The thing is: I have this plant for about eight years now but I couldn't figure out what kind of plant it is.

Does anybody recognize it? 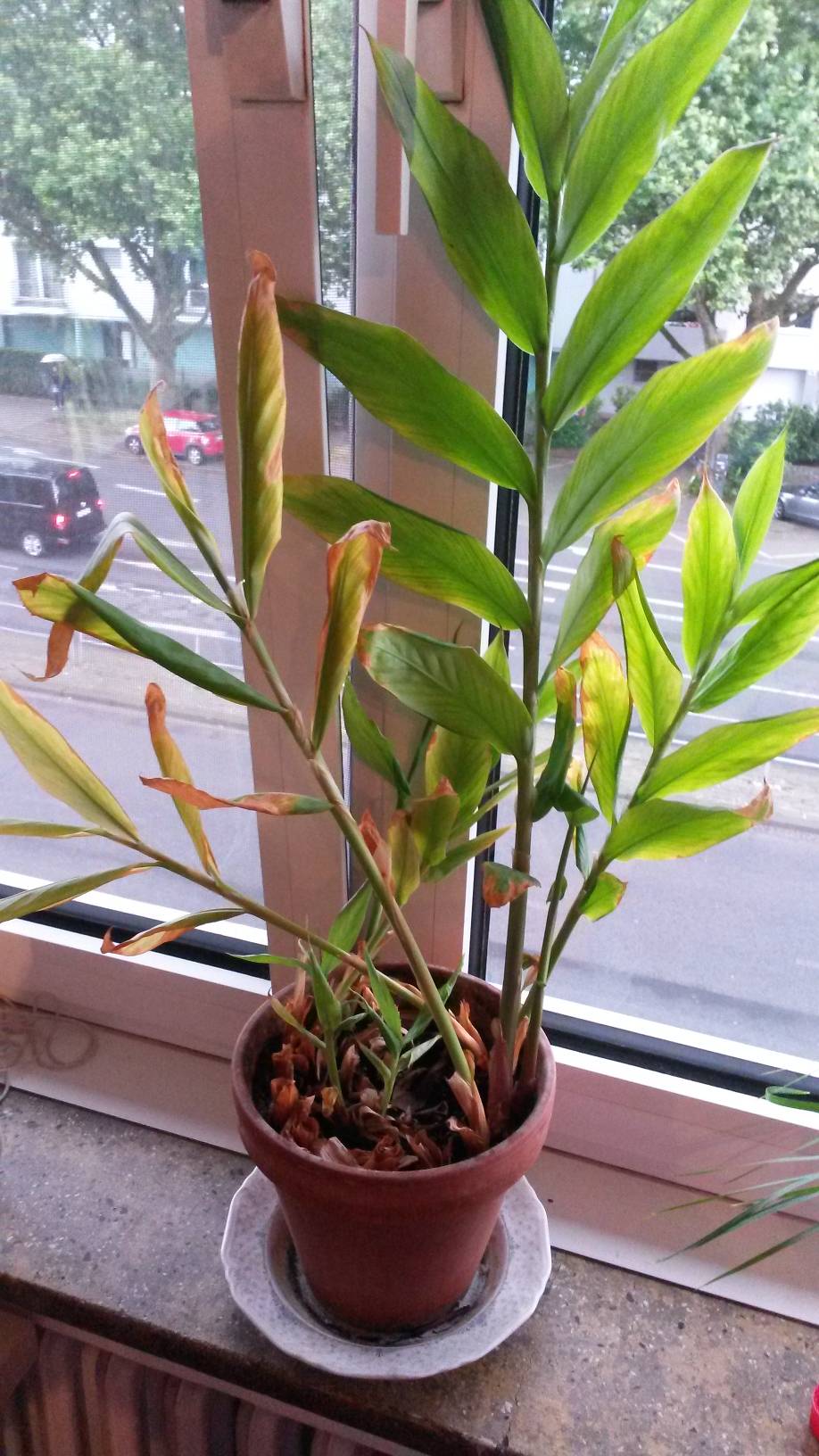 Looks exactly like ginger, though exactly WHICH ginger is going to have to await flowering.

The flowering types I grow appear to be in a different sub-family than the common ingredient in commerce. They smell quite possible when repotting, but I have not tried eating them nor seen a definitive yes/no answer on that.

Not the answer you're looking for? Browse other questions tagged identification tropical or ask your own question.