What is the best way to identify a Saintpaulia (African violet)?

Several times, I have had Saintpaulias (African violets) in unlabeled pots. I tried finding the variety name through several sites and they all looked different. How can I identify them?

The genus Saintpaulia, and original species S. ionantha, were scientifically described by H. Wendland in 1893.

Saintpaulias grow from 6–15 cm tall and can be anywhere from 6–30 cm wide. The leaves are rounded to oval, 2.5–8.5 cm long with a 2–10 cm petiole, finely hairy, and with a fleshy texture. The flowers are 2–3 cm diameter, with a five-lobed velvety corolla ("petals"), and grow in clusters of 3–10 or more on slender stalks (peduncles). Flower colour in the wild species can be violet, purple, pale blue, or white.

Several of the species and subspecies are endangered, and many more are threatened, due to clearance of their native cloud forest habitat for agriculture.

Revisions of the genus by B.L. Burtt had expanded the genus to approximately 20 species. On the basis of recent studies that showed most of the species to be very poorly differentiated, both genetically and morphologically, the number of species has been reduced to six, with the majority of former species reduced to subspecies under S. ionantha, in a recent floristic treatment. The most recent taxonomic treatment from 2009 recognises 9 species, 8 subspecies and 2 varieties. 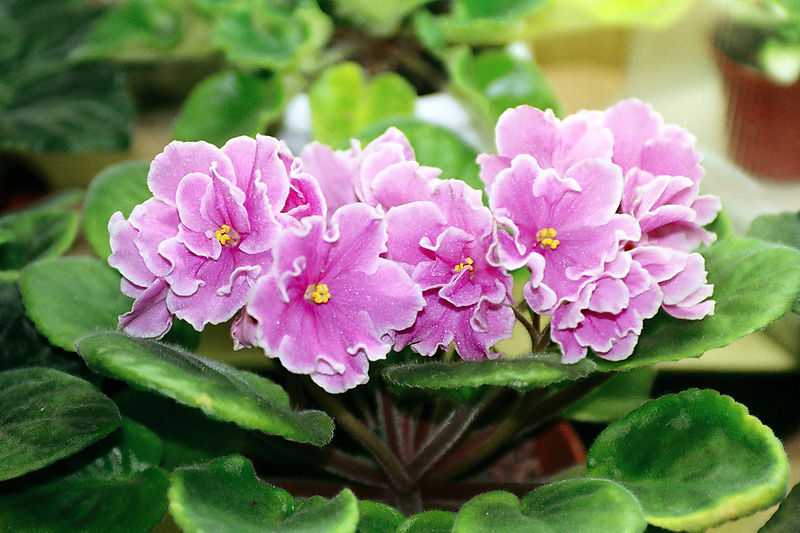 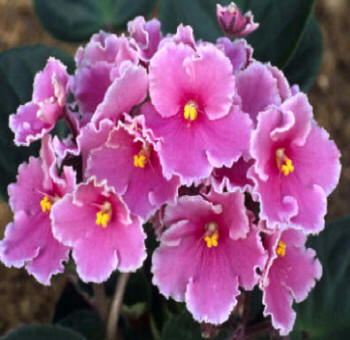 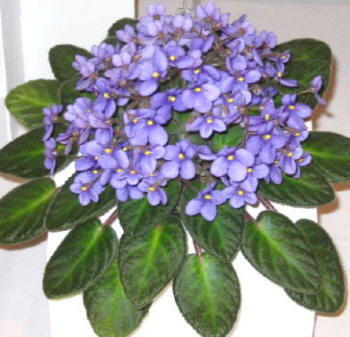 As there are about 20 different species of Saintpaulia, I am able to put images of few species with their names.

Other users can edit this answer to update the list for remaining species. 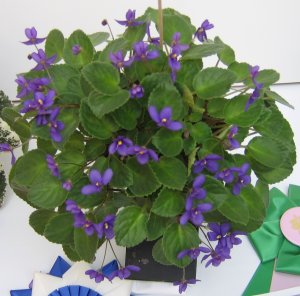 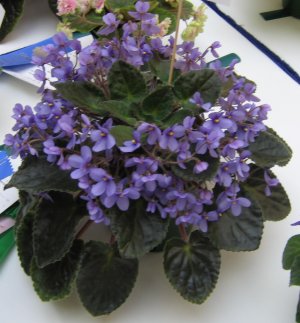 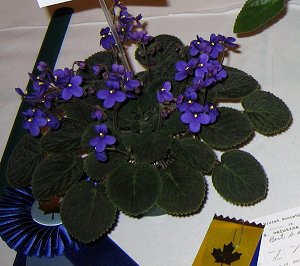 ID is usually carried out by the overall size of the plant, the shape and colour of the leaves, whether the flowers trail or not, and whether the flowers are single, semi double, double, frilled, star, bicolour, multicolour or geneva. Leaves can be serrated, lance, holly, spoon, or variegated, and in terms of plant size, they're graded as micro miniature, miniature, semi miniature, standard and large. In other words, it's a complicated business, deciding exactly which plant you've got, and the African Violet Society of America states it's almost impossible to decide which variety an unlabelled plant really is, though you can probably hazard a guess by looking at pics of different varieties.

Not the answer you're looking for? Browse other questions tagged identification african-violets or ask your own question.