What is wrong with my Camellia?

What is wrong with my Camellia?

It hasn't been looking too happy recently but I just returned from a 2 week holiday and it looks like this (I live in London, uk and it should get sun most of the day) 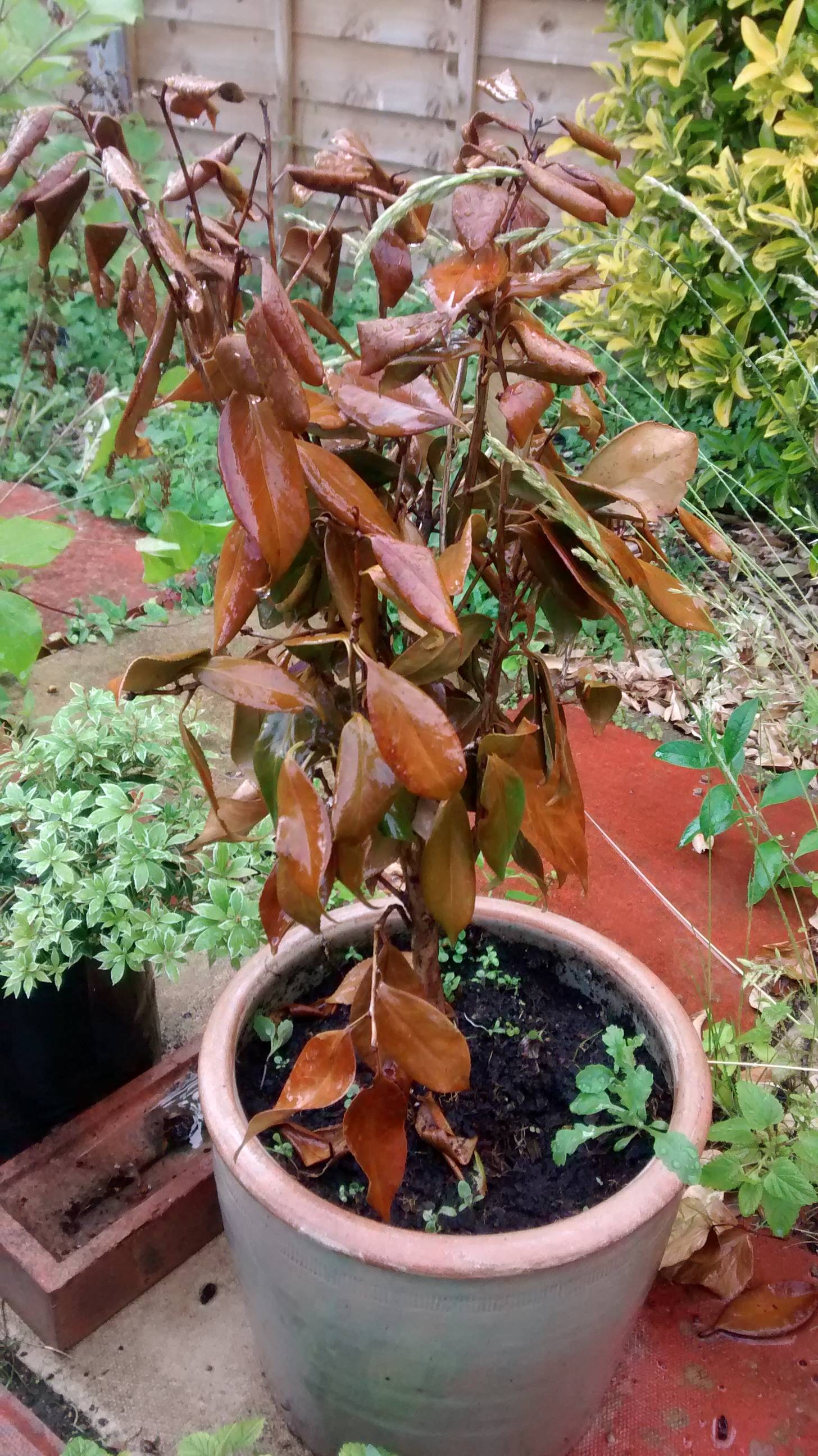 Looks like drought. I don't know where you are in the world, so its hard to judge what your weather might have been like while you were away, and I also can't judge whether this plant is sited in sun all day or not. If it has half a day's sun, the temperature was up, and no-one was coming to water, that would explain this - even if they were coming, this one has been missed.

You've said you're in the UK, so its defnitely drought - there's been some good weather while you were away. I suspect it needed a bigger pot too, and if its potbound, it would have dried out more quickly. The only thing you can do now is cut it back by a half to two thirds of its height, move it somewhere shady and keep it well watered. You might get some regrowth, you might not, depends how dry the roots got. A plant in drought will sacrifice its leaves first, but that doesn't necessarily mean the roots are dead, only time will tell I'm afraid.