Using rotary and spray sprinklers on the same zone?

In my front yard I have two sprinkler zones. I have all areas working great, except for one area of the yard. The area gets no water and I would like to install a spray head to take care of that. I have read that doing so is not good since the rest of the sprinklers on that zone are rotary heads and they do not put down the same amount of water. It is about a 6x8ft area that is getting missed, which seems to small for a rotary head. The dry area is represented with the brown area in the image. Any thoughts what my best bet would be, besides replacing all the heads to be spray heads? 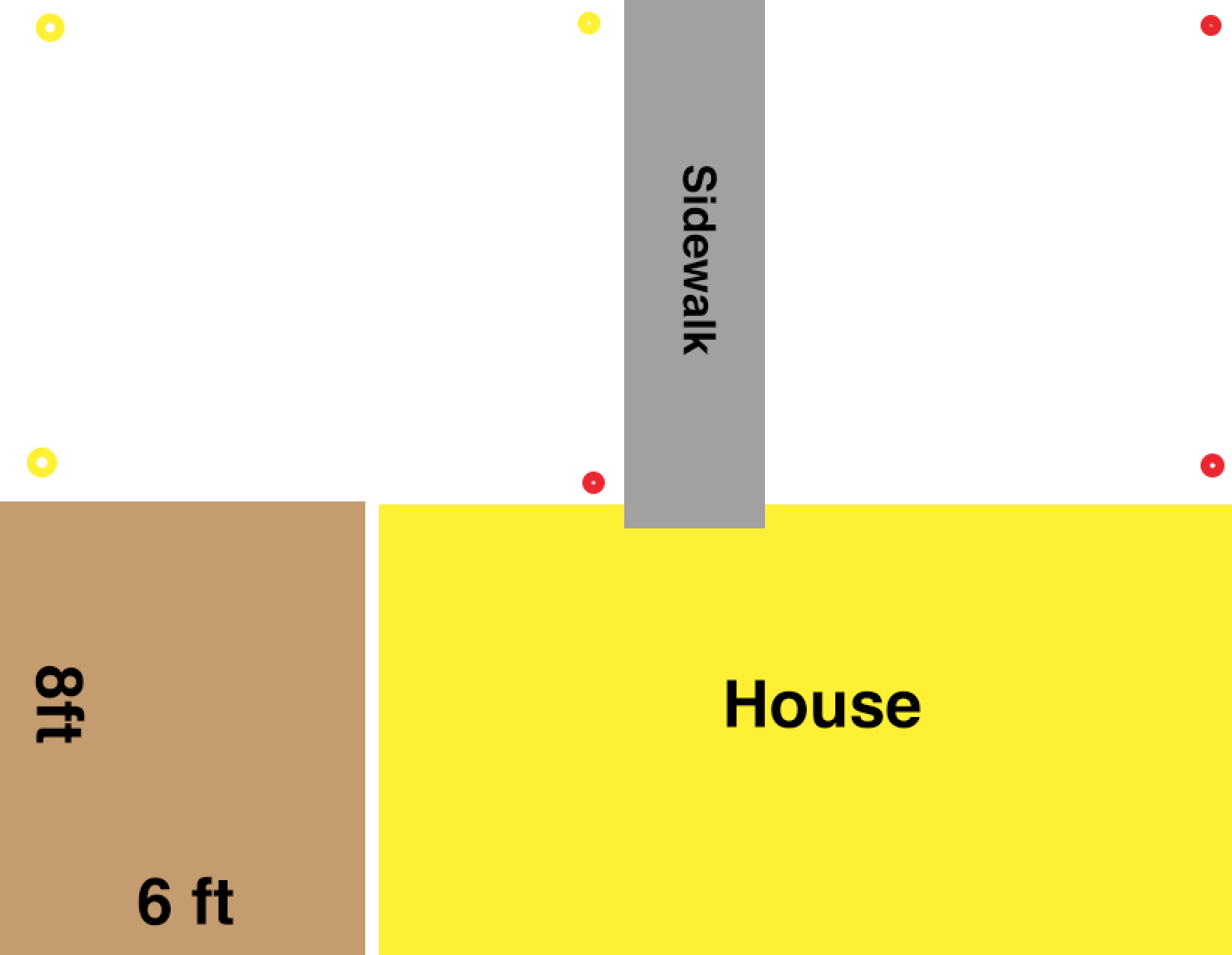 I just noticed you said you wanted to install a spray head so I'm editing my answer. One spray head is not enough. Something like 4 spray heads, one in each corner like you have in the other areas. 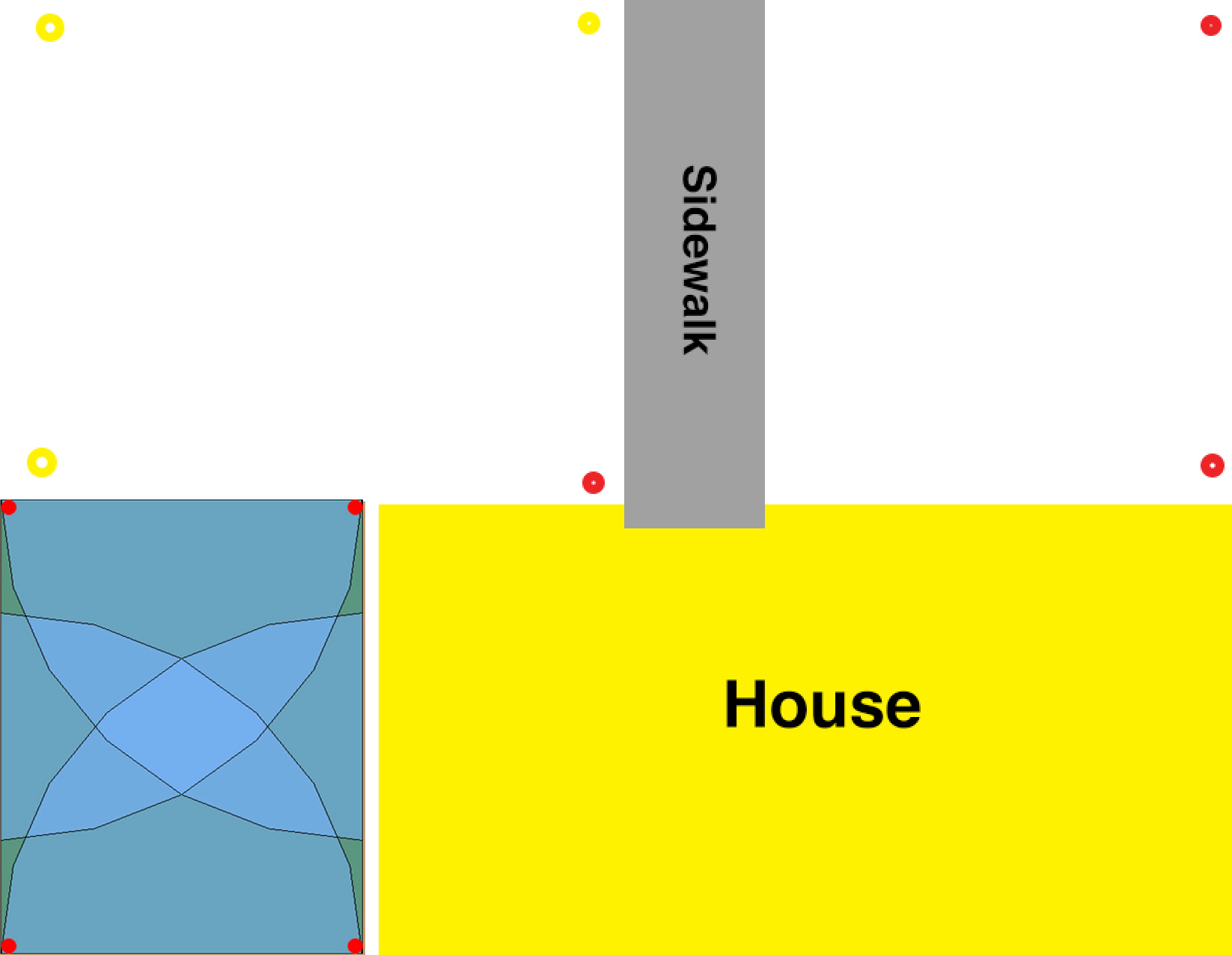 Ideally you want to have head to head coverage where the end of one sprinkler pattern stops there's another sprinkler head. You're close enough I think you can get away if you can extend the range of the 2 sprinklers near the house to 8' if there's nothing that would mind a bit of water to the left of your diagram.

I like the Hunter MP Rotators. They have a precipitation rate of 0.4 inches per hour (depending on various factors) which is similar to most off their rotors. Some people use both on three same zone.

The consumption (GPM) of the MP Rotators is pretty low too so they are fairly easy to add to an existing system. You're still going to need to make sure that zone you're adding on to will have sufficient leftover capacity to operate those 4 sprinkler heads. If you plan to do it yourself I suggest you spend some time reading http://www.irrigationtutorials.com/

It may be easier to put in another zone as Michael Karas suggested. If your system can handle 4 rotor sprinklers on one zone, 4 MP Rotators will be fine. It's really hard to say without more information and doing some calculations. The link I provided above should help you figure it out yourself if you put in the time. Or you can hire a local irrigation contractor to do it for you.

The zone origin is probably right there by your sidewalk. Why not just run a third zone pipe from there to the along the side of house to corner of the brown area. Then you can deploy the correct equipment for that area without impact to the other areas. Plus coverage from that corner looks like it should be easy.

As long as you have the appropriate GPM available to support the system at the pressure required for the heads to operate, it makes no difference whatsoever the type of head you use.

You can purchase spray heads/nozzles in practically any GPM delivery rate. If you are concerned about uneven precipitation rate, research the rate delivered by your rotary heads and buy a spray head to match.

Not the answer you're looking for? Browse other questions tagged sprinkler-system irrigation lawn or ask your own question.