What is wrong with my pepper plants? Some of them are showing deformations on young leaves. See this picture: 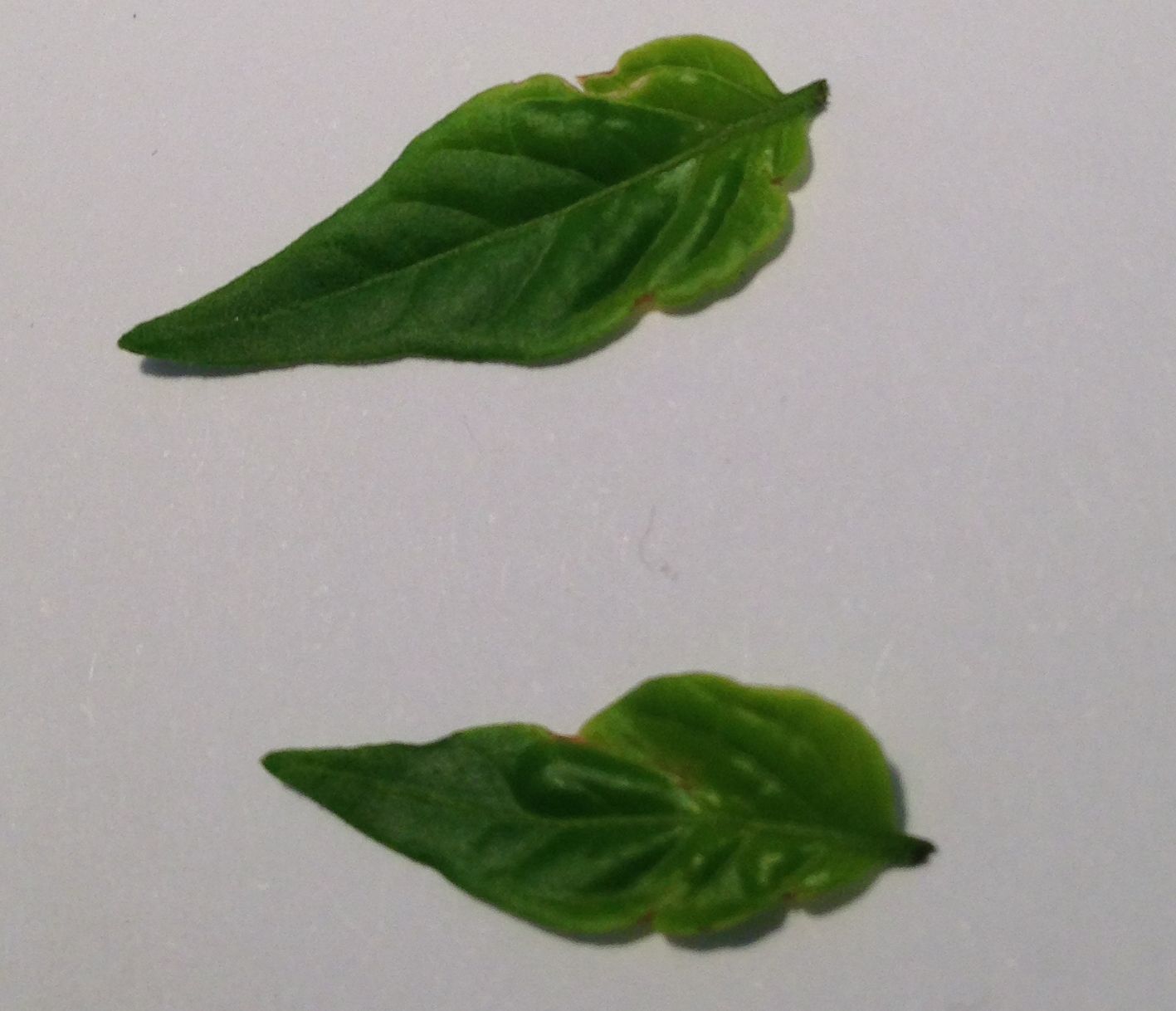 Some of them are showing small holes or cracks, usually with brown edges. Some have irregular shapes, not the typical pepper leaf shape. I can not find any signs of pests, except that I had a very minor case of aphids (less than 20 insects per plant) in the past two weeks. They are 99% gone now. Is this damage caused by them?

I'm watering once every 1-3 days depending on temperature. The plants are in pots outside on my south/west facing balcony. I'm using 3g/liter of FloraSelf Tomato Fertilizer:

I just pulled one plant out of its pot and this is what the roots look like: 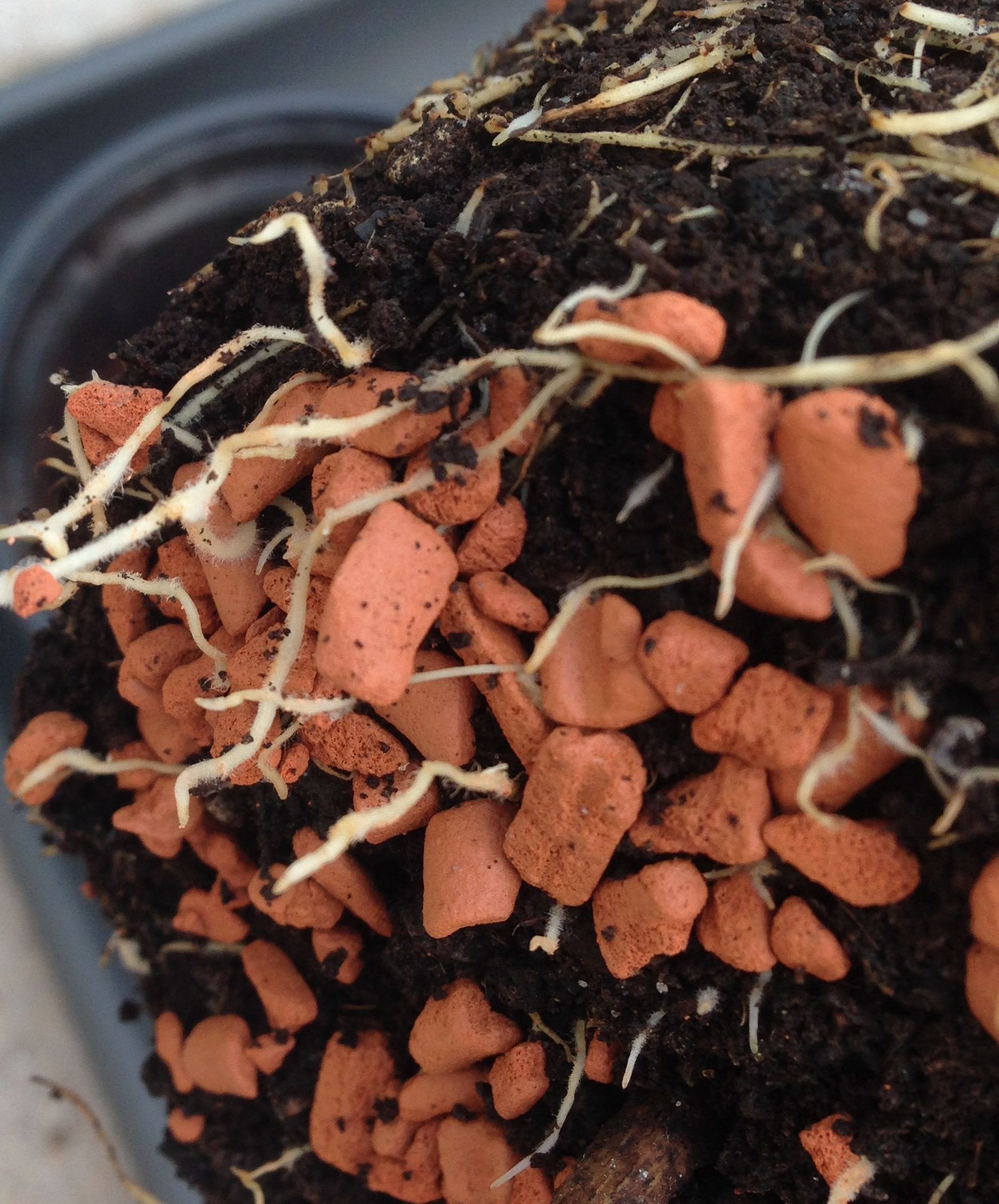 The roots look healthy enough. Given it's a pepper it's probably ok it is getting potbound, but it will need a new pot (only 1" to 2" bigger though) sometime. I guess you know removing a plant from its pot is very stressful for the plant so only do it when repotting.

Leaves look very like they're being attacked by something, probably an insect. I doubt it would be the aphids, although if the affected leaves were very young at the time of attack it just could be. More likely would be some sort of leaf miner. As the name suggests, they live inside the leaves -- between the top and bottom, so you never normally see them. The plant tends to curl up in response. Sometimes you can see where they have eaten the cells from within the leaf, but you need to look very carefully.

If there are just a few leaves so affected, I would be tempted to pull them off and destroy (as in fire, et al) them, but don't remove lots: in that case, seek further help.

P.S. To my mind the amount of watering seems on the verge of too much. I think of peppers as plants that produce the best fruit if they are under watered. That is, water (well) when the compost is dry, and then not again until it is quite dry again. I would expect that interval to be 7-10 days. It may be that your variety differs, or I'm just wrong, though.

24
Insect infestation on my pepper plant, what do I do?
5
How do I get rid of worm-like trails all over my Senetti plants' leaves?
5
What is causing white spots and wilting on my Black Naga leaves?
3
What are these shallow markings on my chili leaves?
7
Cucumber leaves turning white, dying, with yellowish powder
5
How should I deal with these ill pepper plants?
1
Spots on marigold leaves
7
Scorpion Pepper growth