What is this fast growing plant with blue/black berries?

In my garden a strange plant is growing at an incredible speed and I can't identify what kind it is. It broke through end of June and within two months it grew about 1.8-2.0m high. It now carries black/blue berries which produces a red juice upon squeezing them.

I assume birds were dropping the seed onto my garden.

I don't have a picture of the root (originally I had two of those plants, but I had to remove one as it was in the way). The root was quite impressive: 20-30cm long and 2-8cm in diameter in a form of a carrot colored in ocher. I think the two roots of the two plants were connected.

I'm located in France, in the Essonne departement (near Paris).

Here are some pictures (click to enlarge). The light green leaves in the first picture do not belong to this plant. 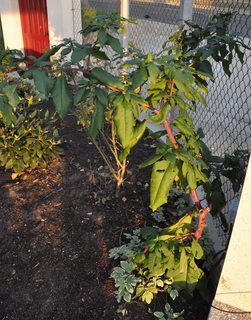 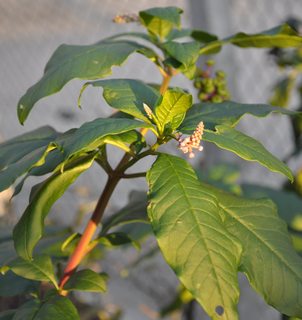 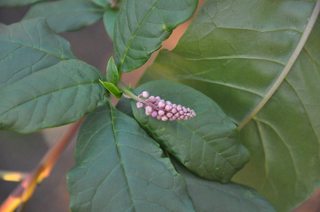 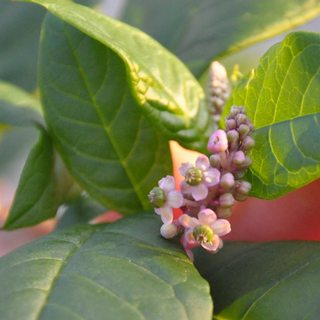 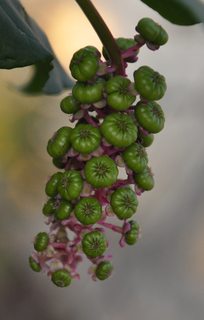 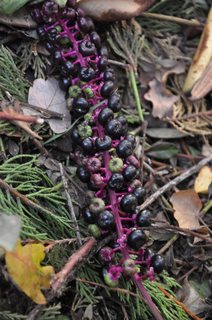 Pokeweed has a particular place in Southern North American ecology and folklife. To me, the methods to prepare it as food sound like detoxification more than cooking.

In France it is probably best to mulch the plant, taking care to destroy the ripened seeds so they do not perpetuate the problem.

It is named Phytolacca americana, invasive in Europe from US. Fruits are a bit toxic. To see more about toxicity you can see Wikipedia page.

Not the answer you're looking for? Browse other questions tagged identification fruits or ask your own question.

4
What is this vigorous plant
4
Is this some version of loosestrife?
4
What kind of plant/bush/whatever is this?
3
What is this plant in my vegetable bed?
2
What is this purple stalked, berry producing plant?
2
Could someone identify this plant?
2
Leafy plant with many small pink flowers
1
I planted bell peppers. Is this actually a bell pepper?
3
What are these tall green plants that started growing in my garden