Why are my boxwood shrubs dropping yellow leaves?

The shrubs in front of our home look great. The ones in back were transplanted three years ago and have been doing fine and recovering. The only issue I've had is psyllids.

The leaves are in various stages; yellow, orange, yellow and orange, brown, and dead. I fertilized for the first time a month ago. I just sprinkled some 10-10-10 granules onto the mulch. 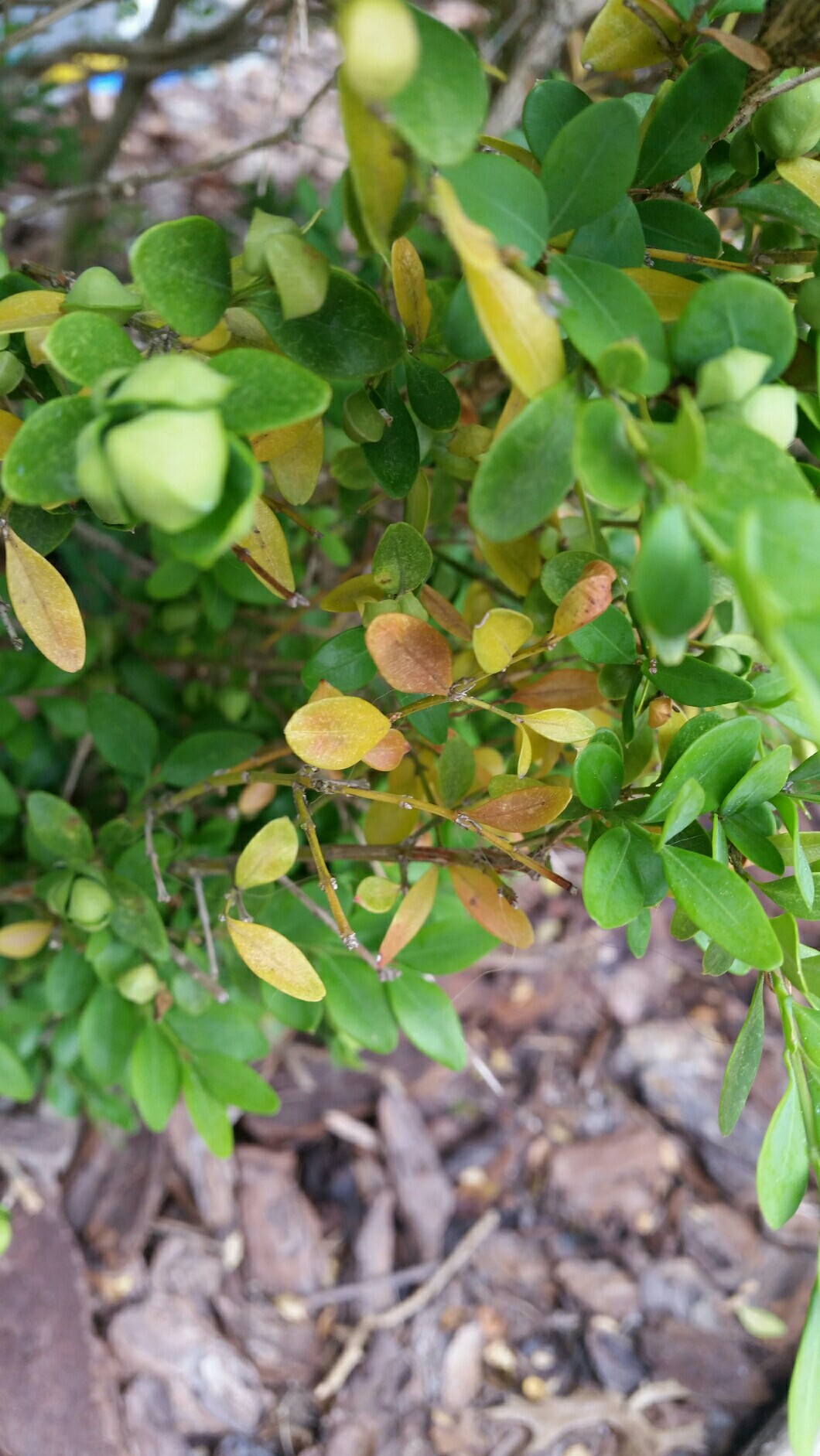 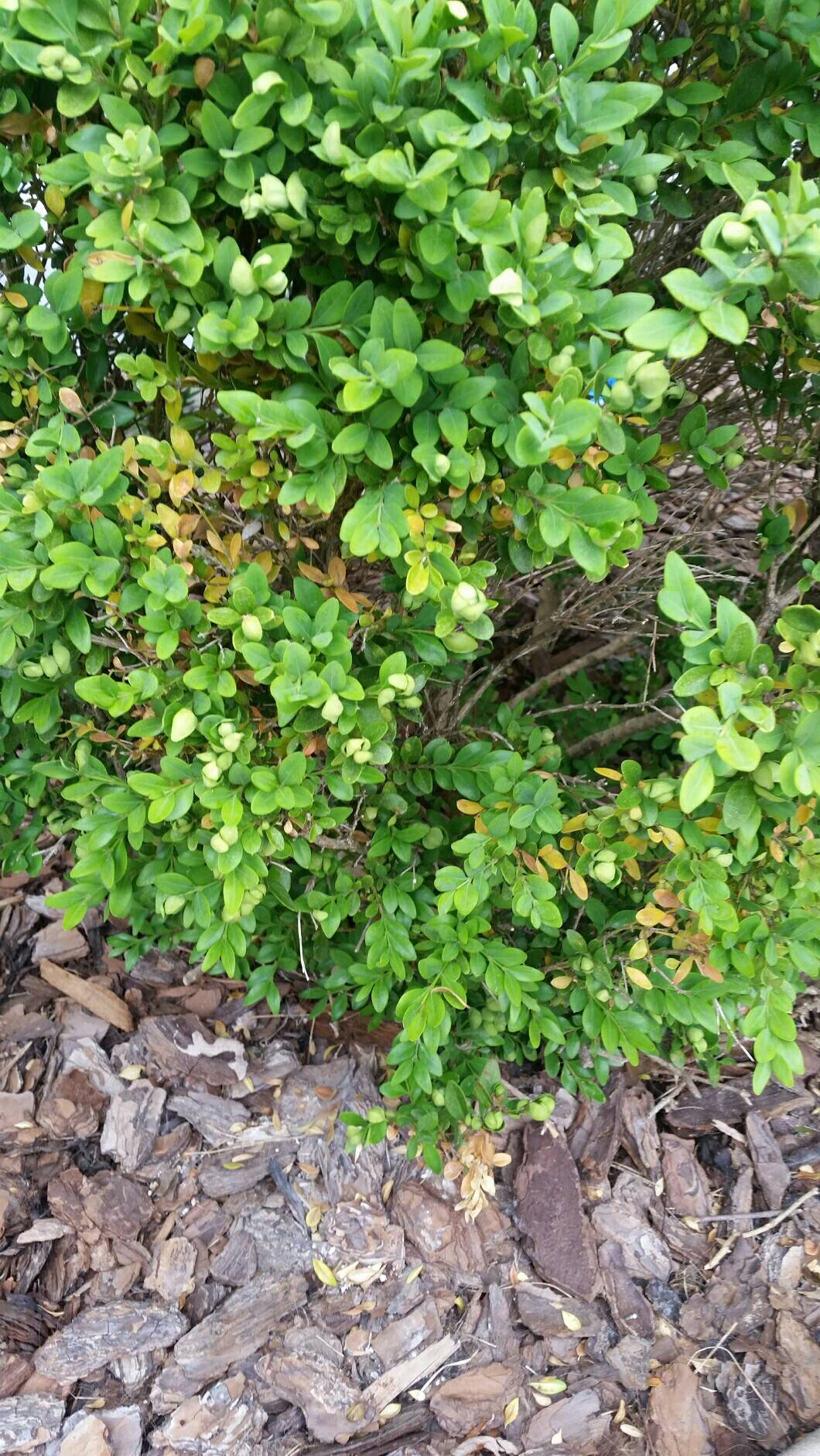 I suspect it's root rot. It's a fungus-like organism that feeds on unhealthy roots and grows to feed on healthy roots. Likely due to soil being too packed and too wet for too long.

Fix: Amend the soil for aeration/drainage (I prefer diatomaceous earth (#8822 oil absorber from Napa). Let the soil dry to 1/2" down between watering.

More time-consuming but much better fix: Dig it up, remove surrounding soil, prune/treat the roots, and replace.

Not the answer you're looking for? Browse other questions tagged shrubs boxwood or ask your own question.

11
What are some small deciduous shrubs that can grow in USDA zone 4?
3
Why are my hydrangea flowers dying, but the leaves look OK?
3
Why are the leaves curling on my snowball bush?
3
Why did a section of leaves on my Holly bush turn brown?
9
Variegated Arboricola shrubs leaves wilting
6
How should I treat a weigela bush with a large section of dead branches?
5
Why is this boxwood suffering? Is it box blight or an insect-infection?
6
Box tree turns bright yellow
1
Why are my laurel plant leaves turning yellow and brown?
0
Established Boxwood Shrubs Browned Leaves