What is this pine tree with long pendulous needles and vivid purple flowers?

Having looked around the net I think the tree in the photos here is a Western White Pine - certainly the cone seems to suggest that - but the very long pendulous needles and the vivid purple flowers seem somewhat at odds with the other photos I've seen. To answer the question in the comment from Paul Nardini, mostly there are three needles per fascicle, though there are one or two that have four. I haven't noticed any with just two.

The tree is around 50-60 years old, in lowland Cambridgeshire, England, and as a whole is quite open in habit. The branches photographed here were around 2m (6.5 feet) off the ground; they droop to a considerable degree. 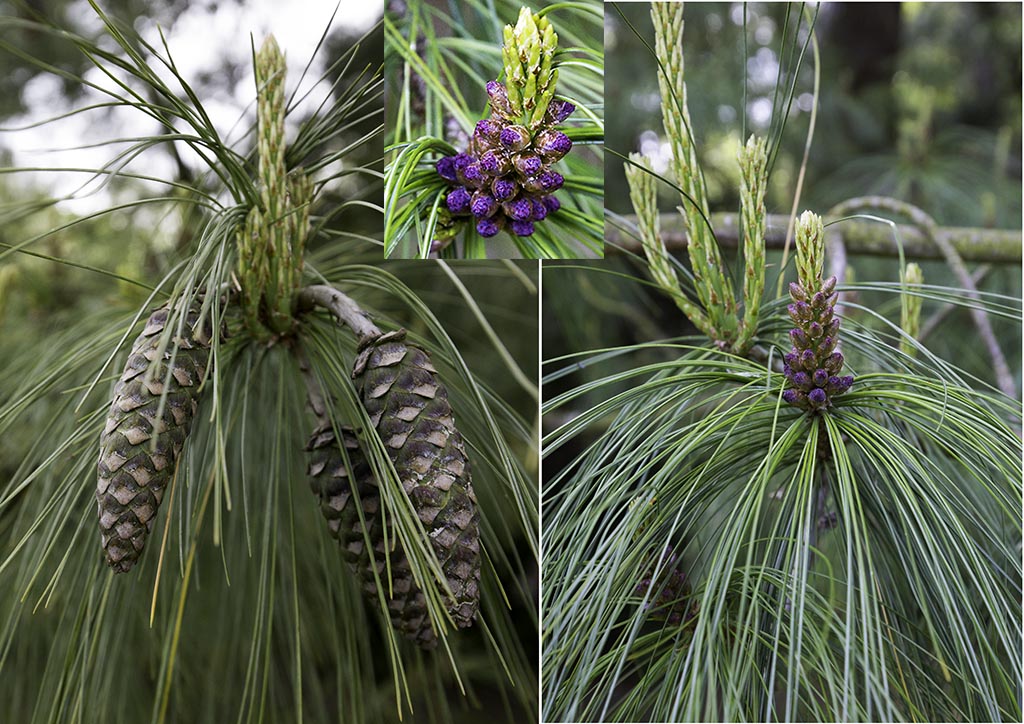 I inquired further about this particular tree, and got a name: this is actually a Bhutan Pine, Pinus Wallichiana, as here: https://en.wikipedia.org/wiki/Pinus_wallichiana

Looks like 5 needles per fascicle? I blew it up and pretty sure this is a white pine...Pinus strobulus or close. I SEE 5 needles. Are you sure?

Not the answer you're looking for? Browse other questions tagged identification pines or ask your own question.