Why are my morning glories stunted/deformed?

I planted some morning glory vines (Ipomea sp.) outdoors in a box about 10 weeks ago (mid-March, I'm in Zone 8) and they've been underperforming the whole time -- the vines are not even a meter long, and many of the new leaves have been small, pale, and twisted, while the older leaves are irregularly-discolored and sort of raggedy-looking. 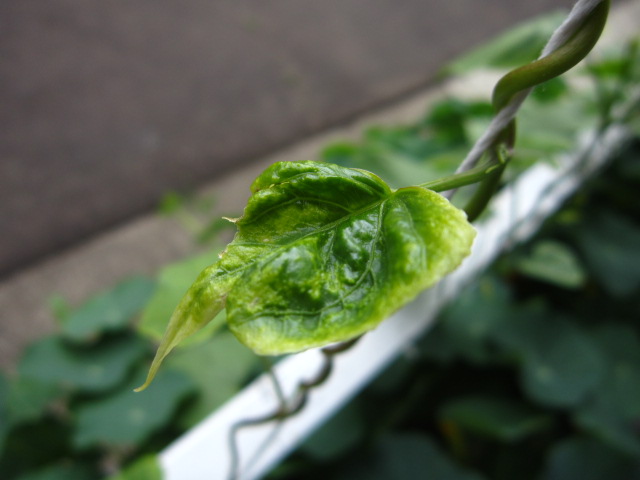 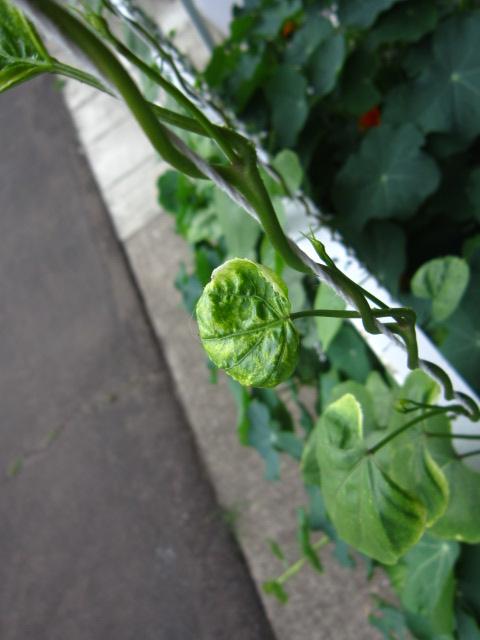 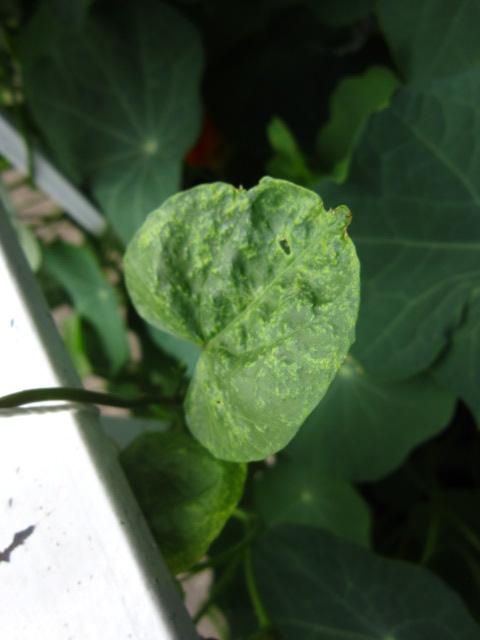 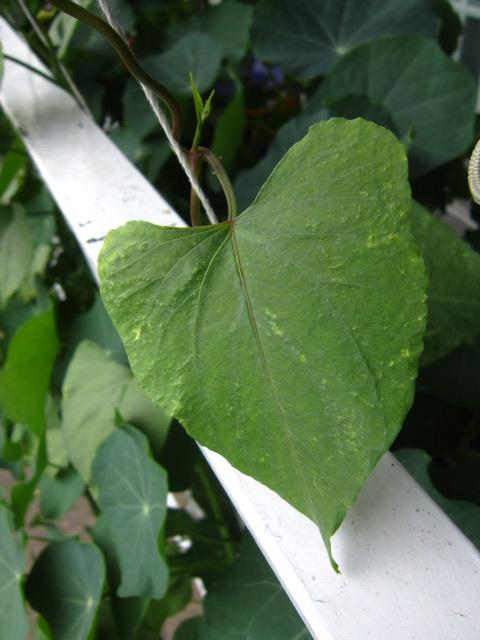 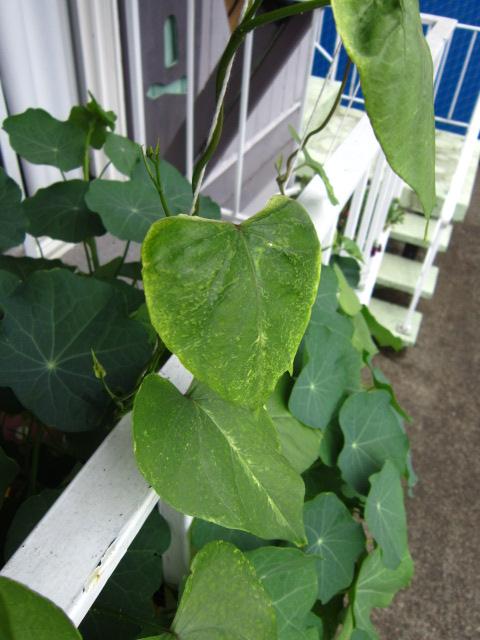 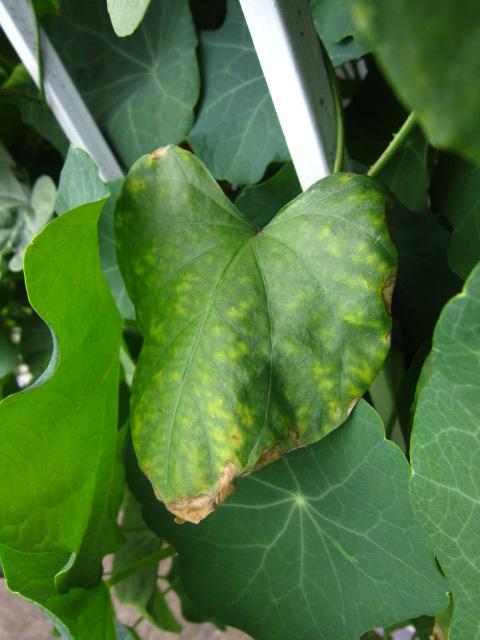 Their planter contains a loose, acidic, slightly sandy topsoil, to which I've added a variety of liquid fertilizers over the past several weeks (see below) in a largely unsuccessful attempt to remedy these symptoms The vines receive about 7-8 hours of full sun per day, and get watered regularly.

The morning glories share the planter with some of the most exuberantly healthy-looking nasturtiums I've ever seen, which suggests that these conditions are not generally inhospitable to plant life.

I suspected some kind of nutrient deficiency (though nothing in particular quite seemed to fit the symptoms) and at roughly weekly intervals I have tried liberally fertilizing with one of the following:

Sadly, none of the above seems to have helped much. If I had over-fertilized the container, I might expect to see some problems with the nasturtiums, but those just keep accelerating. Moreover, the slow growth and pale-twisted leaves on the morning glories preceded the addition of any liquid fertilizers.

Does this look like some kind of disease? A virus, maybe? I don't see any pests on the vines, with the possible exception of an occasional red mite. I have a microscope, in case examining the leaf tissue at higher magnification could be diagnostic. I'd appreciate any suggestions, I'm running out of ideas.

UPDATE 2: Grabbed this little bugger off one the worst-affected leaves -- looks like a thrip. Maybe that's my problem. 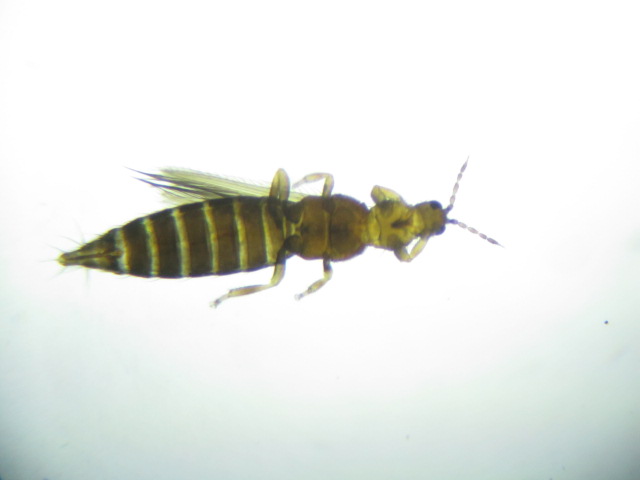 Either way, 10 morning glories and 8 trailing nasturtiums means a lot of roots in a relatively small space, and most climbers/trailers do better with more depth of soil, rather than width, so it may be you've simply got too many plants in too shallow a container, so the reason the morning glories are stunted is because the roots are stunted.

I'd also add that nasturtiums shouldn't really be fed - they flower best in poor soil, so it's not unlikely that you'll finish up with lots of lovely leaves on the nasturtiums and very few, if any, flowers. Not good bedfellows really, plants that need feeding regularly and nasturtiums.

Not the answer you're looking for? Browse other questions tagged diseases fertilizer containers annuals morning-glory or ask your own question.

19
What are some fast-growing, voluminous vines that are suitable to be grown in containers?
6
Why aren't my morning glories sprouting this year?
2
How do sweet peas compare with morning glories in terms of growth, coverage, etc.?
7
Are my tomato plants damaged by a chemical or a disease?
1
Disease on Morning Glories
1
Tomato plant stem and leaves turning dark green/black with yellow circles
3
Pepper plants are showing strange, deformed new growth, what could it be? Virus? Deficiency? Herbicide?
1
Dark spots on plant with heart-shaped leaves
2
Can I save these morning glories?