What are the differences between these three "shapes" of the same variety of asparagus?

I'm working with an inherited garden, and all of us working with the asparagus have been shocked to find how well it grows! One of the things that we've been curious about though, is that there seem to be three types of stems that pop up. The first looks a bit like a Christmas tree, the second looks like the asparagus that you would buy at the store where the top is tight and the little parts do not grow out, and third, like the second form, it looks like the asparagus from the store but some of the parts at the top have grown out a few inches depending on its maturity. 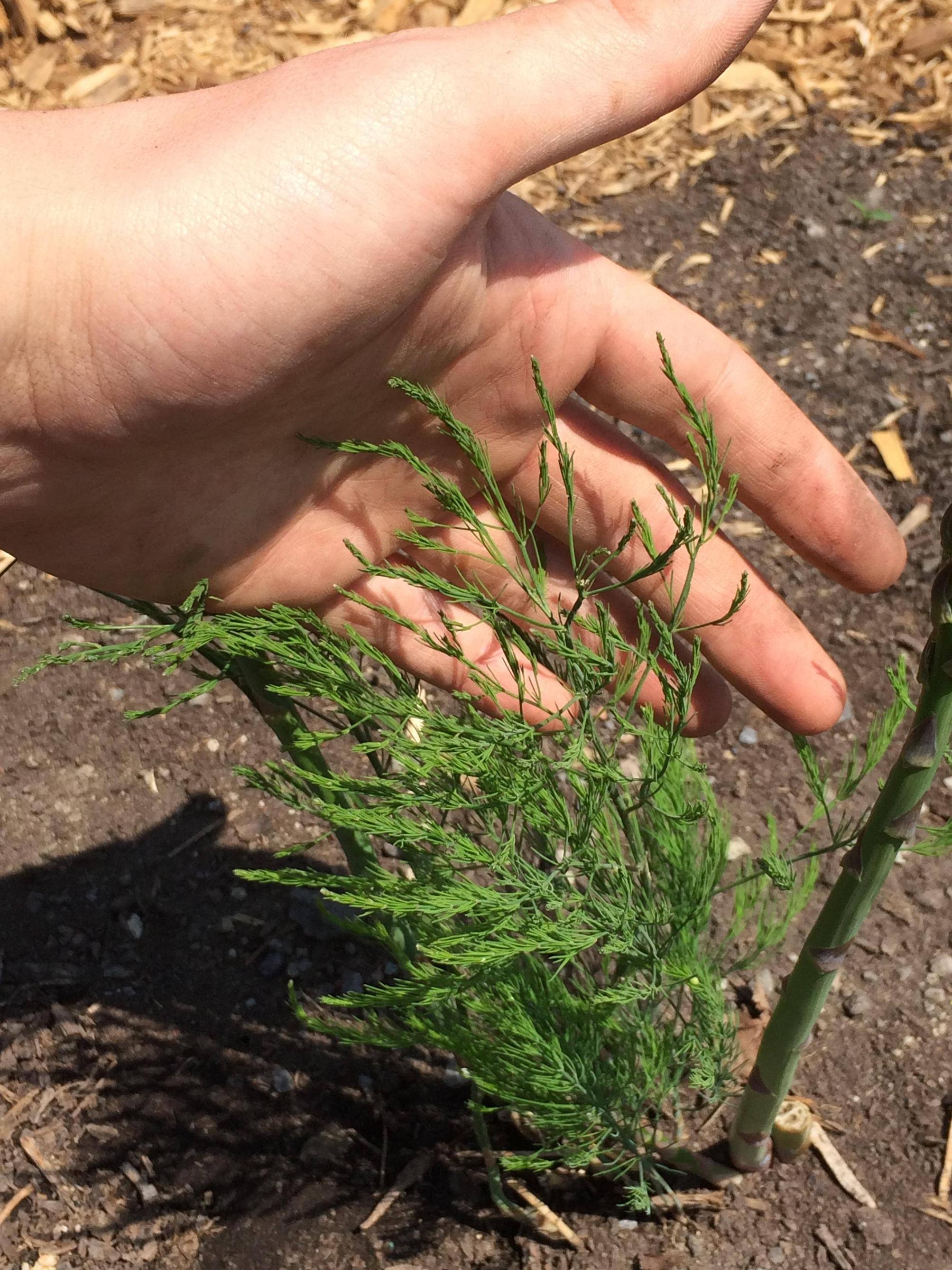 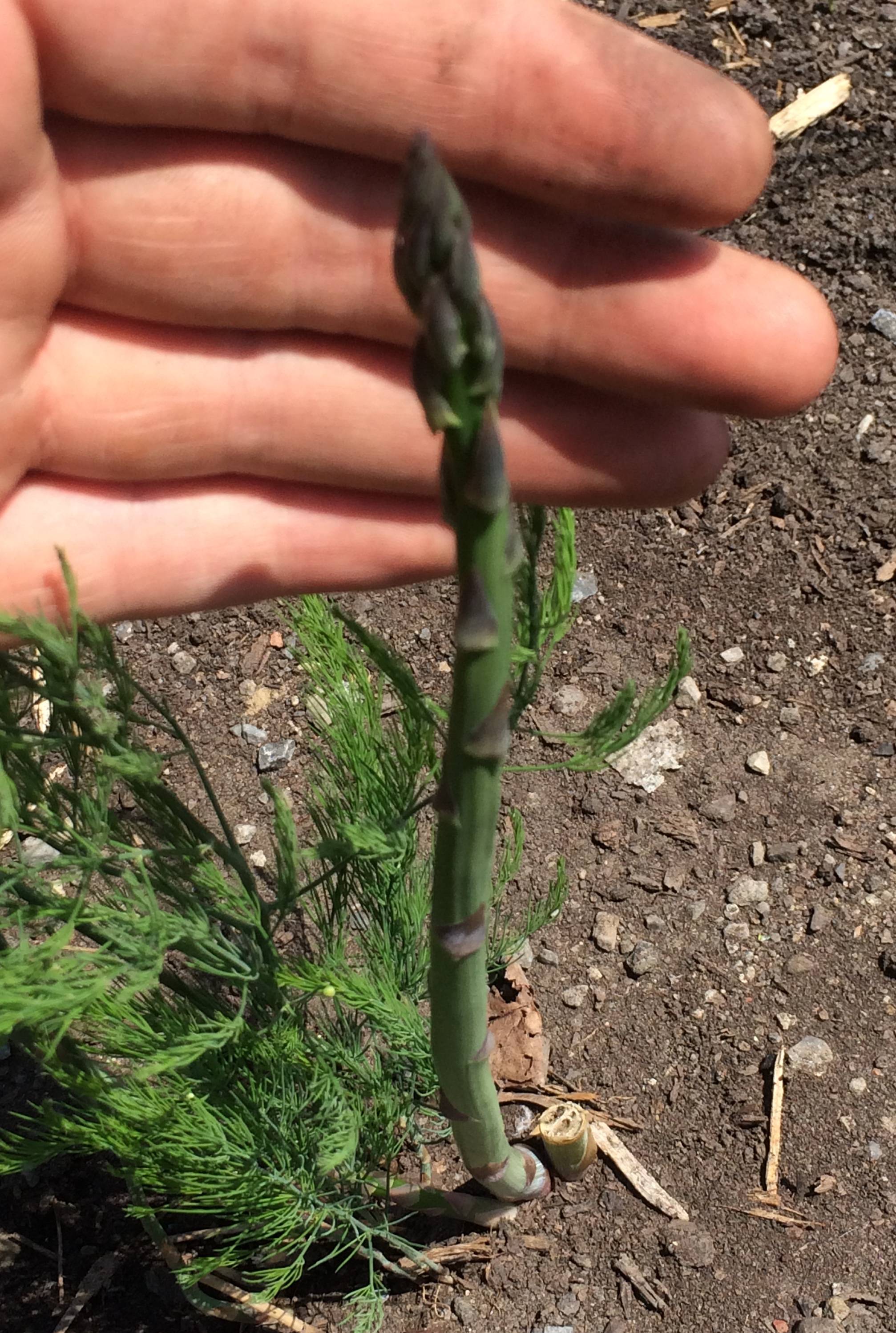 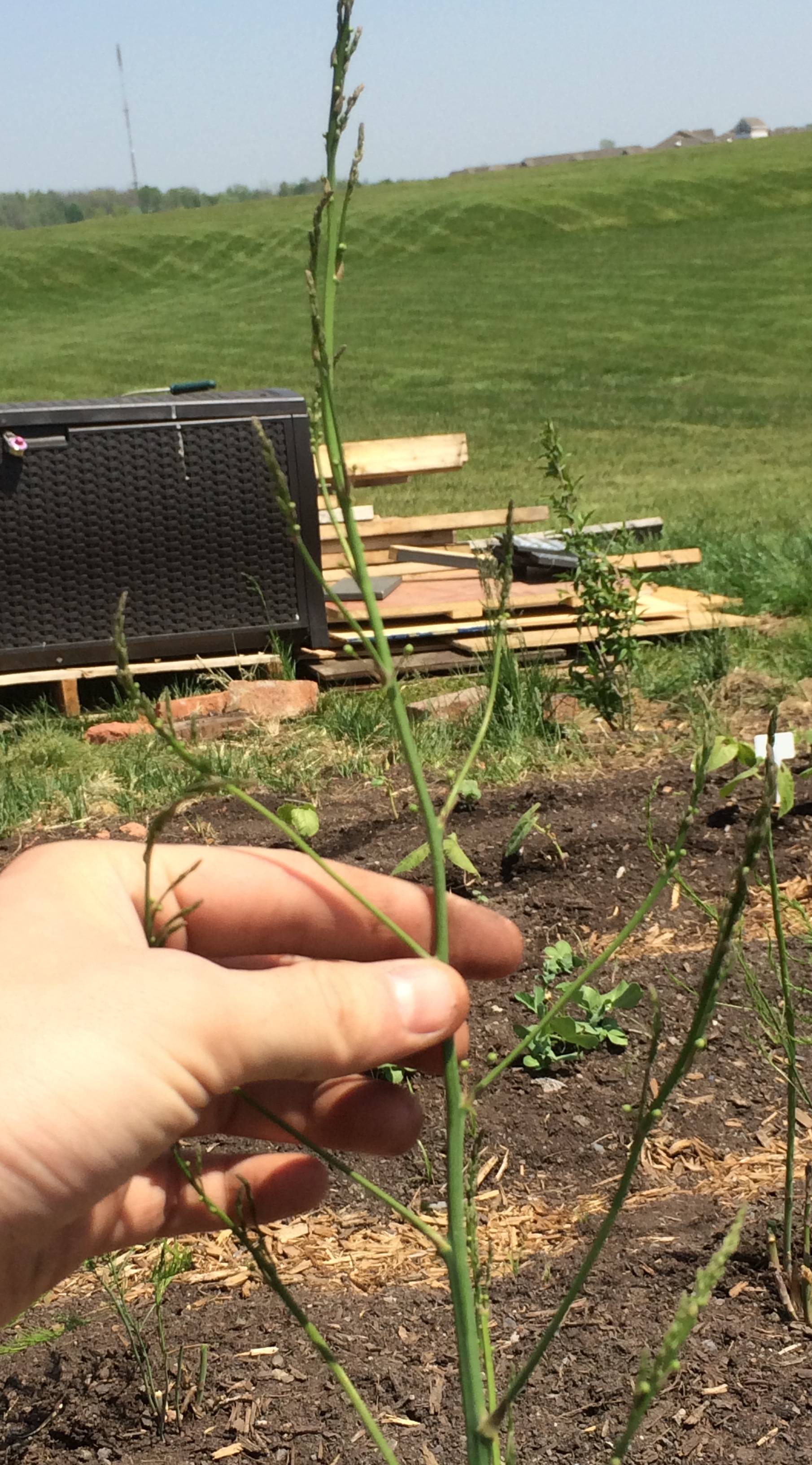 vegetables asparagus
Share
Improve this question
edited May 29 '16 at 16:40

If the first one is, in fact asparagus, it's a very small shoot that was too small to harvest that has leafed out. The middle picture is harvestable, the last is past harvesting for this year. The second will turn into the third shortly. The first, if it is asparagus, will turn into the second and third in a few years. The third is what puts energy into the root to grow the second next year.

The first one might also be a weed of similar structure, I just can't say for sure from the picture. On third thought, it's probably a "weed", that just happens to be seedling asparagus (the single-sex plantations to avoid these are so common I forgot about them for a while there.) You can either weed them out or transplant them to grow on to full-sized crowns.

Asparagus is a fern like plant that looks very different from the product you buy in shops because you only buy the young shoots. These shoots become larger and larger as the plant develops a larger root system which depends on leaving the shoots to develop into ferns to put growth into the roots. So, that's why it's recommended that you not harvest any shoots for the first three years after transplanting crowns.

All of those pictures look like the stuff that grows in my just past one year old asparagus patch. I'd be inclined to not harvest any of it. If it hasn't been looked after it might need some compost and general fertiliser.

Not the answer you're looking for? Browse other questions tagged vegetables asparagus or ask your own question.

18
How do I get rid of pill bugs in my vegetable garden (or is it even the problem)?
3
What is the world's widest pepper variety?
5
Why did our frost only affect random plants?
12
What is the difference between male and female asparagus plants, and is it important for growing?
7
No dig methodology?
6
Where to break off asparagus, when harvesting?
2
What plants are these?
2
Having Various Issues With Multiple Tomato Plants
1
How important are companion plants in community gardens
0
Are there toxic or inedible kinds of asparagus?