What Pest is That on My Rosemary?

It's not as massive as it might seem on this picture. The insect is about 1 to 2 mm in length. The web is very fine, you don't see it if you're standing a meter away and only the upper shoots are affected.

It's located in North-Rhine Westphalia, Germany, has direct sun and its neighbours are sage and lavender. They have no signs of infection. Will it hurt them?

What are those insects on my rosemary and how do I make them go away? 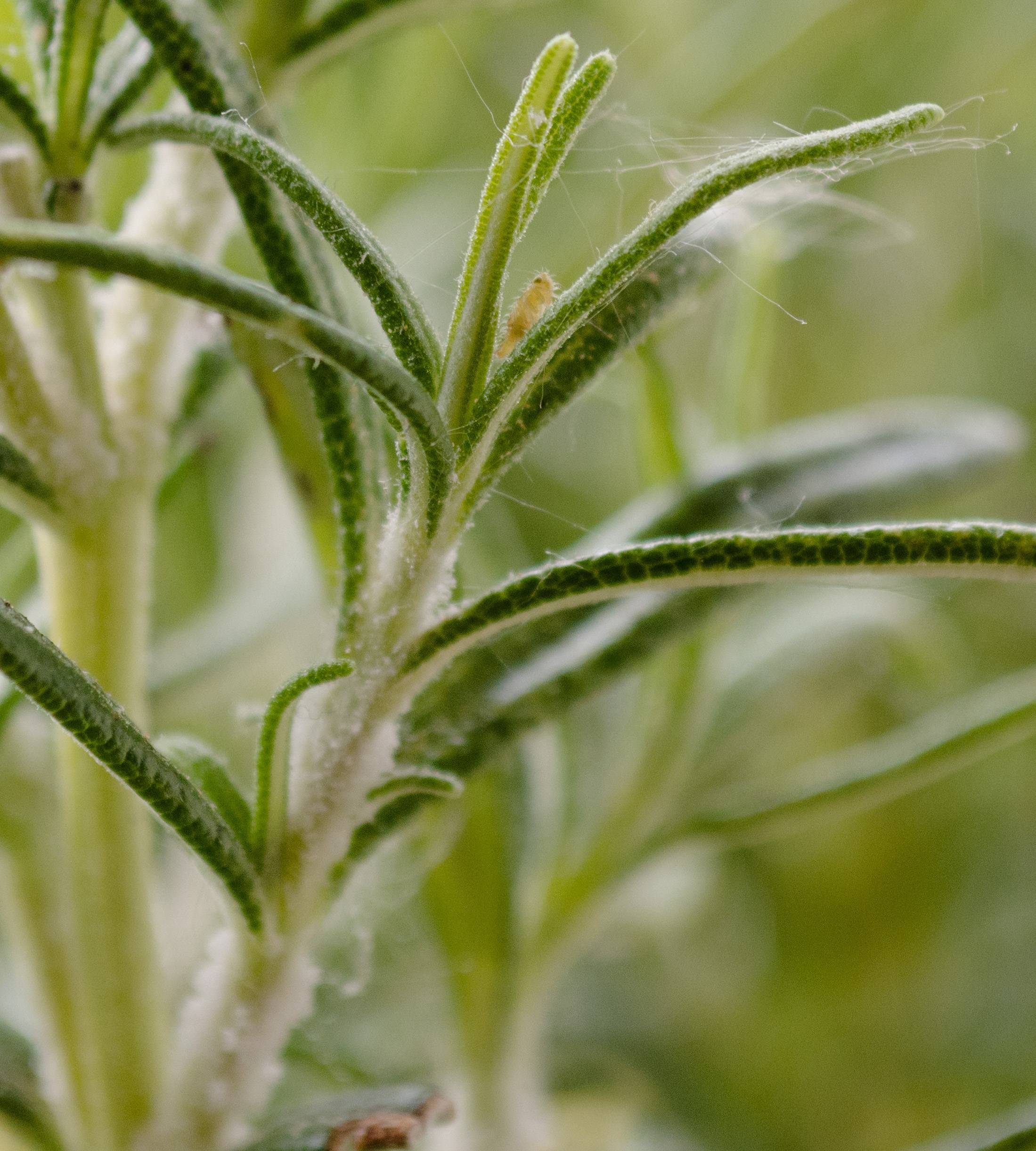 A picture of the plaque. The brownish thing is not related to the pest: 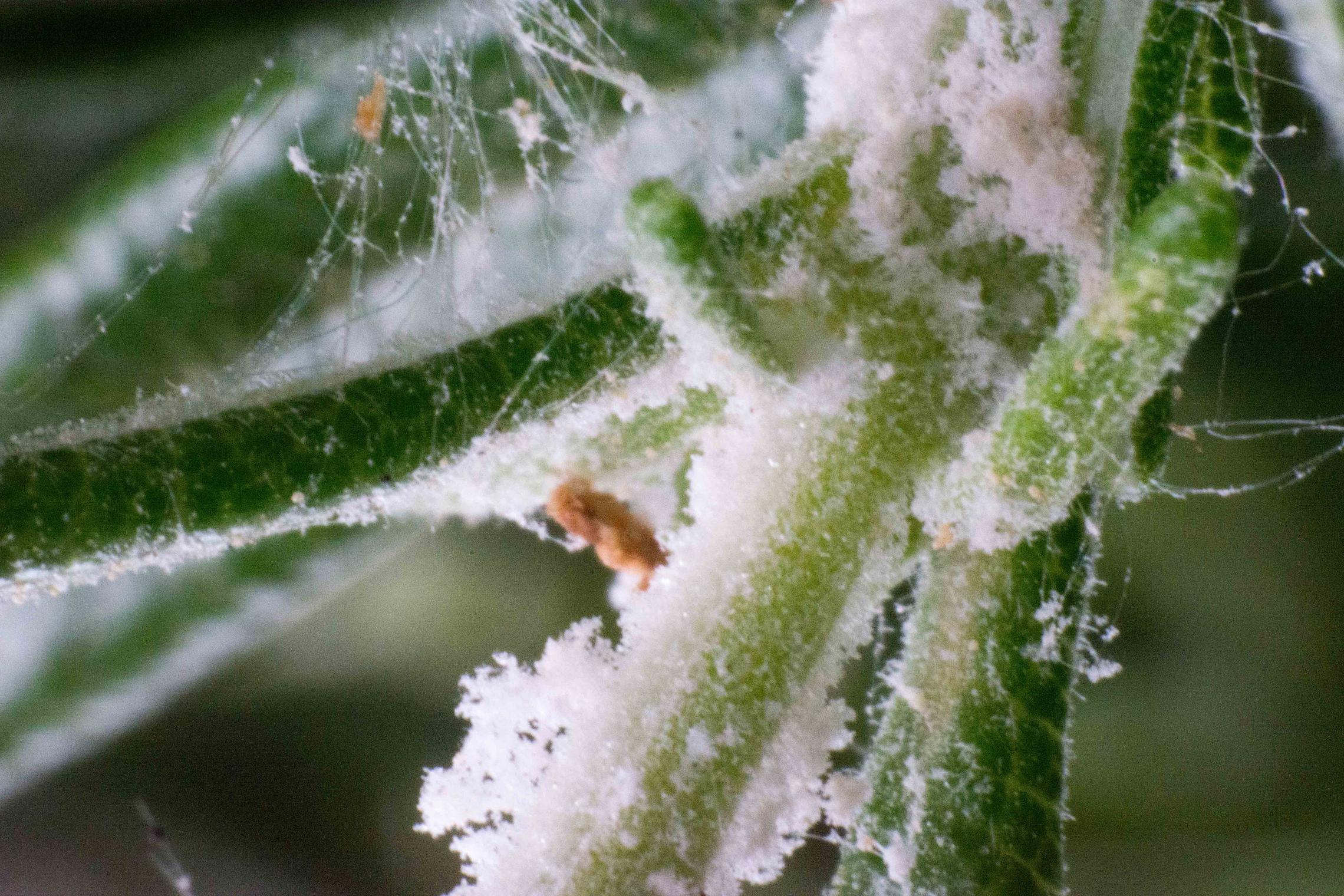 I'm sorry for the low quality. This is one of those insects. They currently reside on the underneath of nearly every leave. 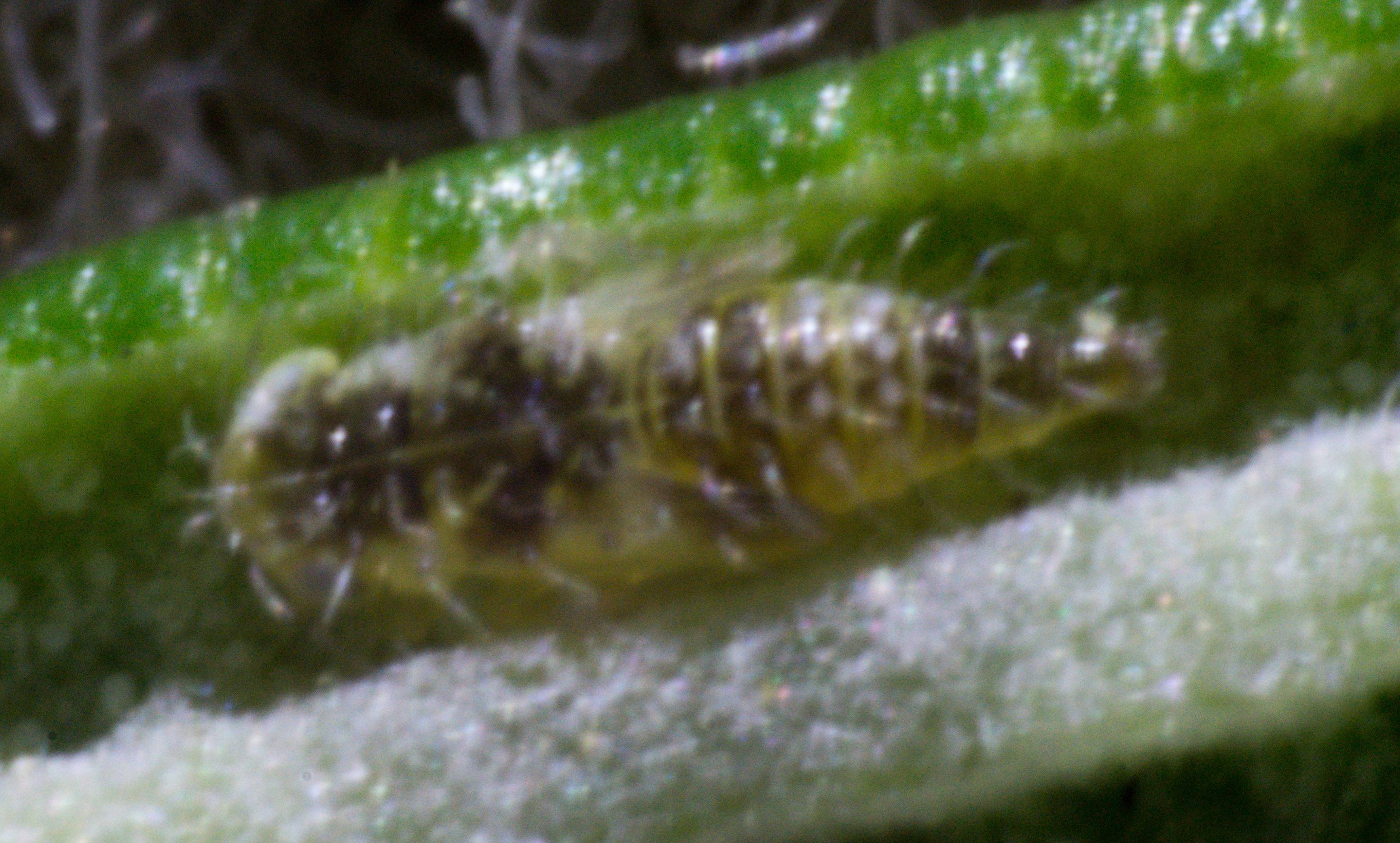 This looks like cat or dog hair and an immature flea. What is wrong with your rosemary other than these fine hairs/webs? There will always be all kinds of insects on your plants but what was it that drove you to look so closely. Maybe this should be a comment not an answer I guess. I'd just take a hose and with a firm stream hose your rosemary off.

Webs would rarely have 'loose ends'. They would also bend with weight and age. The main problem is how your rosemary has been damaged? Please send more pictures and details. This picture is absolutely gorgeous and I am not at all sure about a flea! There are so many insects out there and MOST of them are beneficial! Very, very few insects are a problem to our gardens!!

It appears to be an aphid

Many immature insects have a common look and identifying them can be challenging.

This particular pest appears to be an aphid. The strands 'silk' are also a telltale sign of aphids.

As of now, some of those larvae evolved and they really look like thrips. Also, the picture of the larva I posted in the question looks really similar: 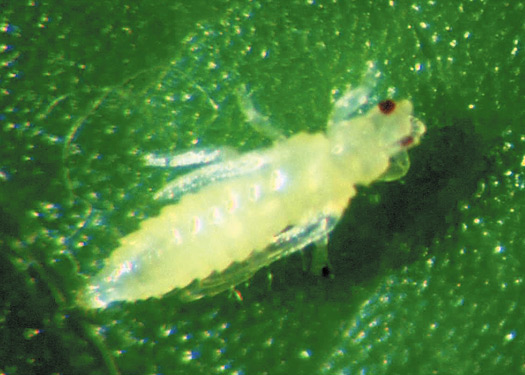 I can't help but conclude this is one of the spider mites - there are certainly tan coloured mites, but what's odd is, rosemary oil is often used as a treatment to get rid of them. Even so, there are mites that will infest Rosemary, but I've never seen this in colder parts of Europe, they're usually indoors or in hotter countries, so I'm wondering whether the very sheltered situation the Rosemary occupies, along with direct sun, has enabled them to infest the plant and survive outdoors.

I would treat with Neem oil, since you can't just use any pesticide because its an edible plant, and that will deal with most insects anyway, including scale, although I wouldn't expect webbing with scale infestation. More info here, but its an American link, because that's one of the countries that does have plenty of spider mites living outdoors

It looks as though there is some fuzzy white stuff over the stems like powdery mildew which is common in household rosemary plants. This leads to secondary attack and webs are a common sign of spider mites. The insect pictured might just be another opportunistic passerby.

Now that you've said they're all over the underside of the leaves, I'd spray the plant with pyrethrum to eradicate them. There's a holding period, but check the bottle.