What would cause branches in the middle of a pear tree to die?

Seems like my question got popular. I ended up paying someone to inject product in the soil to help the tree grow. I removed a lot of ants and made small hole to help with drainage. I cut down the dead branch and the tree is growing better than ever. 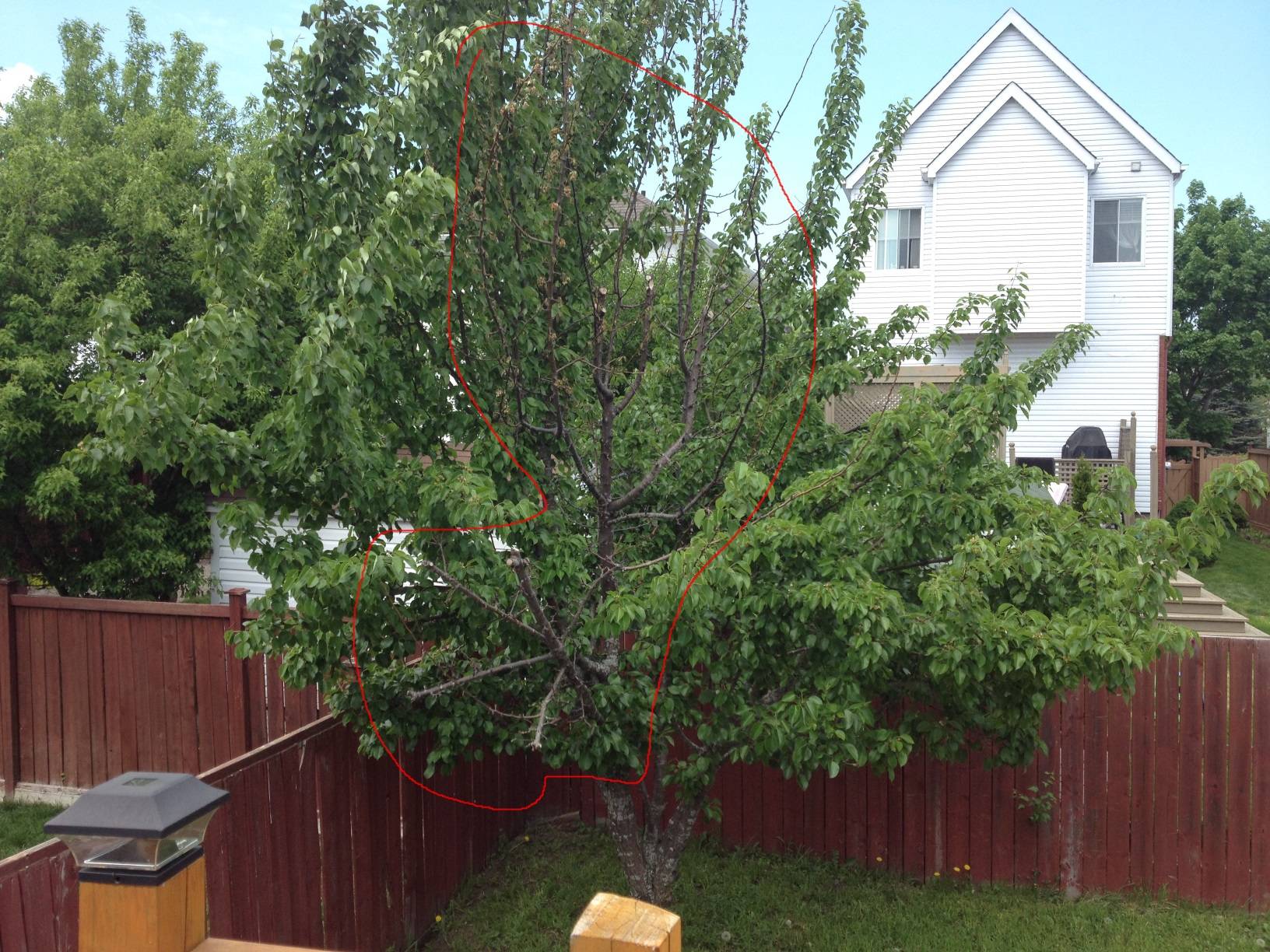 I would guess winter freezes killed the branches and that the live parts of your tree will live without the problem progressing, per se. This sort of thing is fairly common with fruit trees, from what I've seen. Insects and/or nutritional issues may also have contributed.

It could have been caused by fire blight from last year, but your tree doesn't look particularly infected with it now. [EDIT 19 Jul 2019: One of our pear trees got it badly a year or two ago and had been clear for a couple years (but it still had some kind of disease with symptoms dissimilar from fireblight, although I imagine it came from the same bacteria).] If the problem was fire blight, you likely would have seen black, burned-looking leaves and branches where the dead ones are now last year. I don't see evidence of any remaining blackness from the picture you provided.

Fire blight is a common disease of many fruit bearing trees. As the name implies branches that are infected have dark "burn" marks on them. This reference describes the disease and symptoms as:

In spring, branch and trunk canker symptoms can appear as soon as trees begin active growth. The first sign is a watery, light tan bacterial ooze that exudes from cankers (small to large areas of dead bark that the pathogen killed during previous seasons) on branches, twigs, or trunks. The ooze turns dark after exposure to air, leaving streaks on branches or trunks. However, most cankers are small and inconspicuous; thus infections might not be noticed until later in spring when flowers, shoots, and/or young fruit shrivel and blacken.

The bacteria that causes this is Erwinia amylovora. Control methods include:

This disease can be bad one year and nothing the next due to different weather. Some varieties are more susceptible than others.

Not the answer you're looking for? Browse other questions tagged trees diagnosis fruit-trees pear or ask your own question.

4
What should we do with a 7-8 year old honey locust tree that has been damaged by disease?
1
Where to cut plant to regrow?
3
Tree not getting leaves in one section
2
Cherry tree ends of branches dying
2
What's causing our pear tree to die off in the summer and thrive in the winter?
1
Apple tree die back