Something has laid eggs (I think?) on my grape vine. 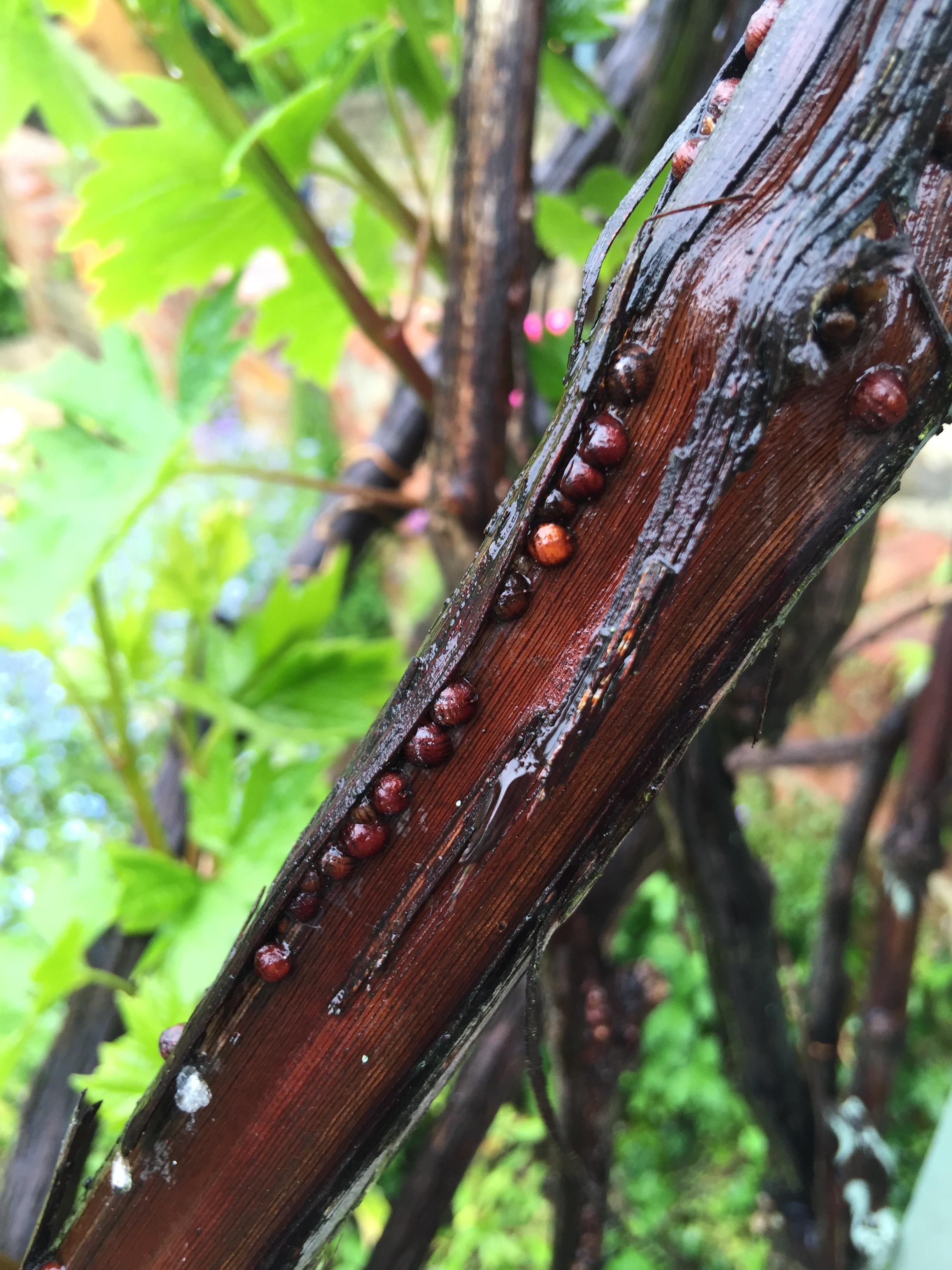 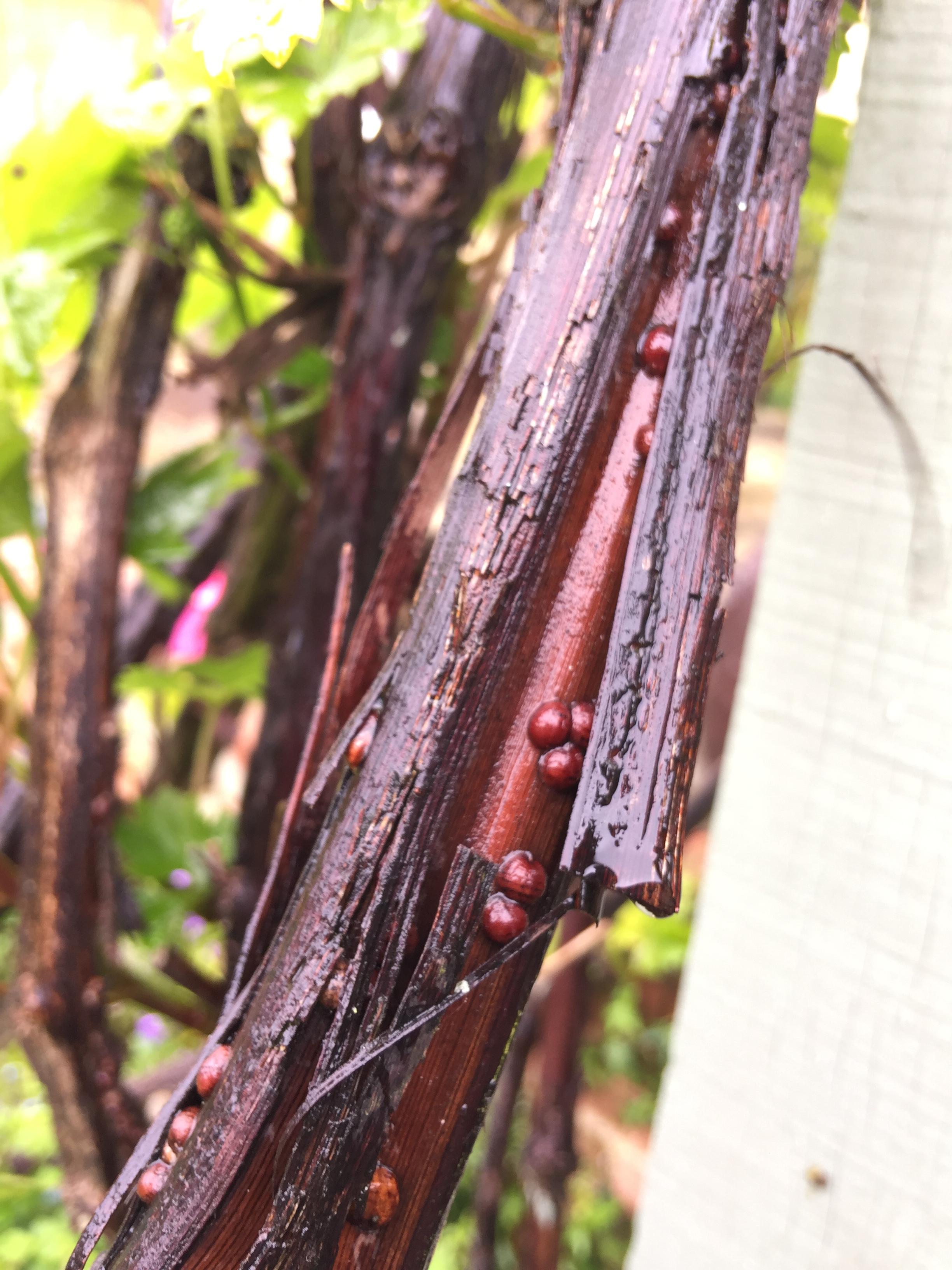 They are all over the main branches of this vine, which is decades old. Don't recall seeing them before. They are maybe 4mm long.

Ants seem to be attracted to them - unsure if they are anything to do with the ants, whether the ants are somehow tending them, or attacking them, or something else.

Anything I need to worry about?

They're scale insects, in particular, brown scale. Ants are attracted by the honeydew they produce, and won't be causing any harm to your grapevine - deal with the scale and the ants stop coming. Unfortunately, they suck the sap of the plant and reduce vigour - the honeydew they produce often causes a subsequent attack of sooty mould, but that's related to the scale infestation too. Treatment for these is best carried out in winter, or in July when the nymphs hatch, but it might be worth spraying with something suitable for food crops now (Westland Resolva Bug Killer for instance), although it may not have much effect.

If there aren't too many, you could try methylated spirits, but don't get it on the plant, particularly not the leaves - the method is to use a cotton bud, dip it on the meths, apply liberally (but not enough to run down the plant) to each scale individually, then scrape or pick them off. Sometimes they come off quite easily with this treatment, but sometimes they don't...