How should we treat cracks in the stem of Aloe Veras?

I received this damaged Aloe Vera about 5 days ago and I found help, here mainly, to determine the source of its problems. So everything was on track now, until I realized that it had soil in between its leaves that I couldn't remove and I had the "smart" idea of using an air compressed can to clean it -pressing it half way. It worked like a charm with the first leaf. With the second I may have pressed pass beyond the half way and the whole burst of air did what it is supposed to do. You can imagine the whole soil explosion scene and the cleaning chore it led to.

The real problem, though, is that it blew up more than the soil itself. The leaves have been damaged down at the root level. See the vertical crack in the white part of the plant that circled the left and right leaves: 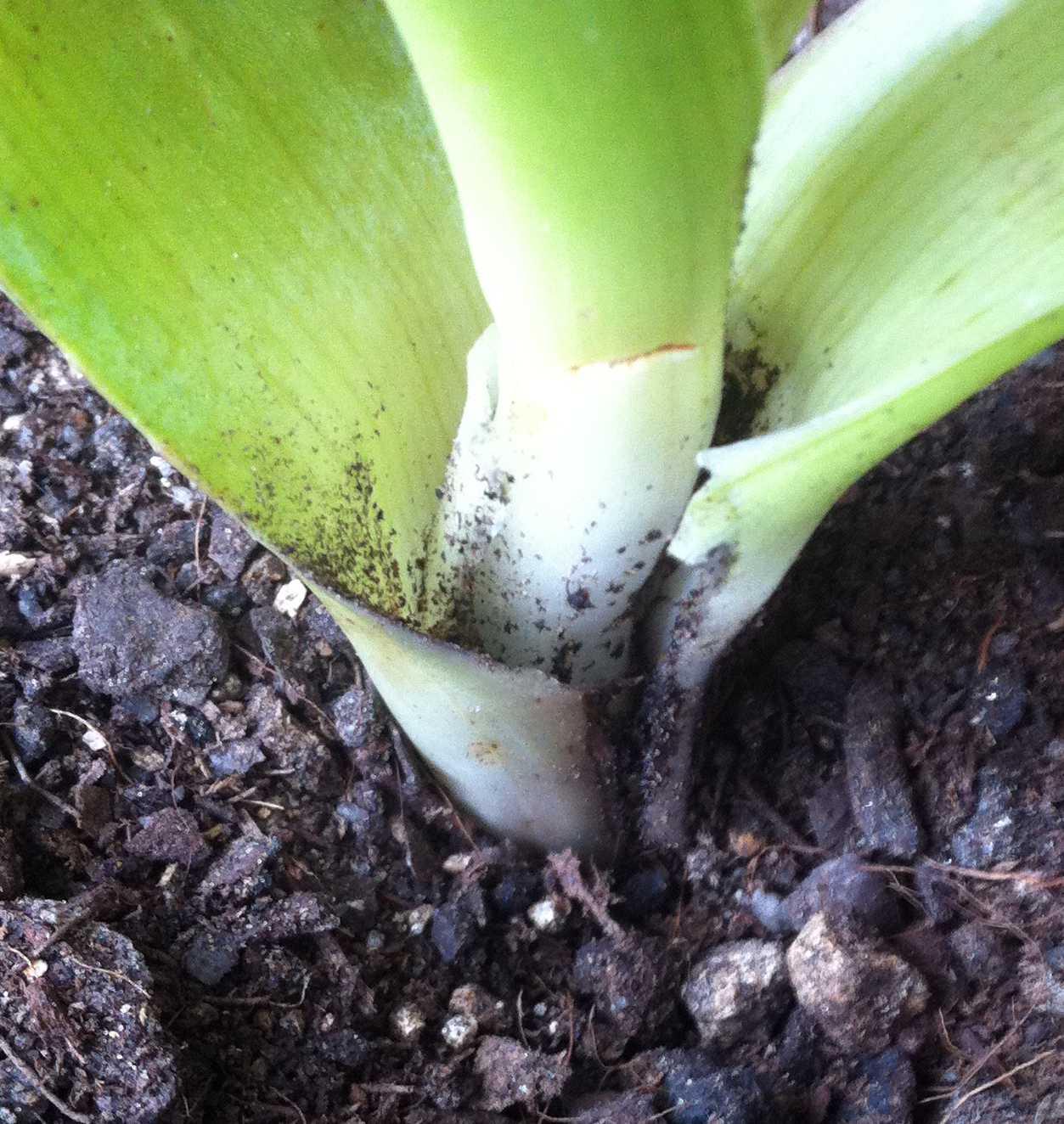 Also, I have realized that it already had a horizontal crack in the leaf/steam inside and above the part already mentioned that you can see clearer in this pic: 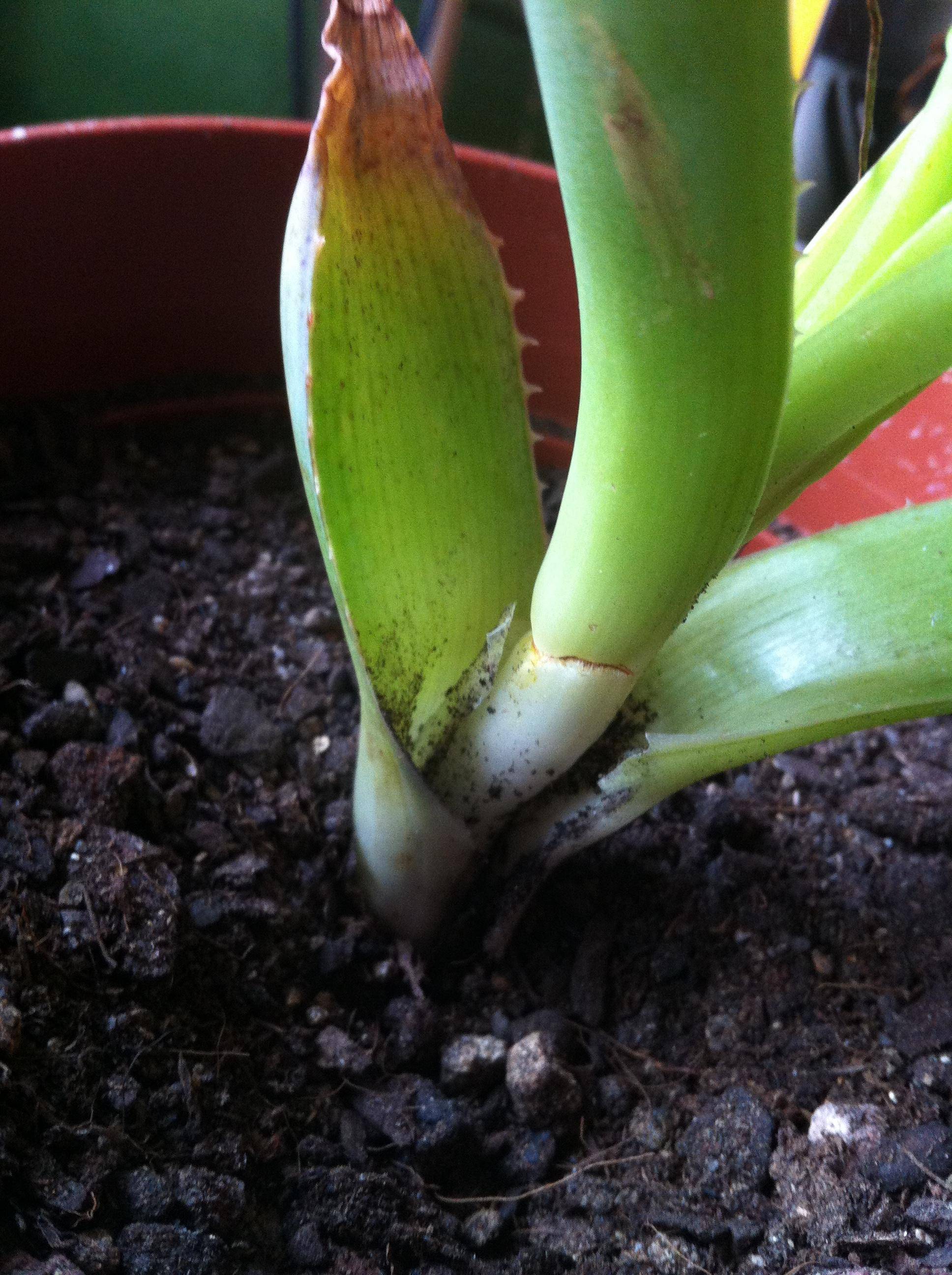 Seen the images and that I have just repotted it 3 days ago into a pot filled with special-for-cactus soil, do you think it can still be repaired? And if yes -hopefully- do I need to cut the two outer leaves (and then can I replant them)? Or what should I do?

More pics of it made 4 days ago - before repotting it: Causes of pale-brown tips

Update (May 9): The two bottom leaves are rotting at the stem, one of them has already fallen down -it is just supported by the pot- and the other is becoming brown at the stem so it will too... Is it better to remove the rest of the corresponding layer of stem (is a white part...)? 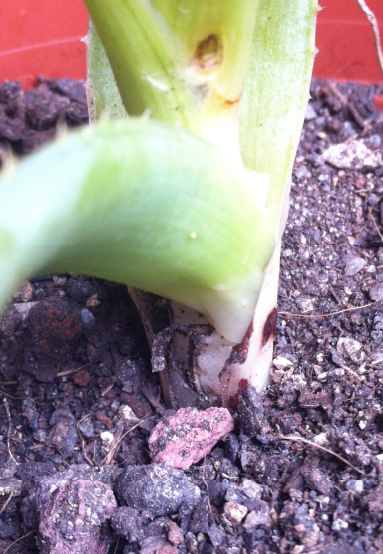 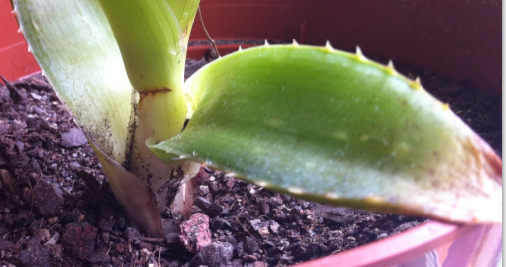 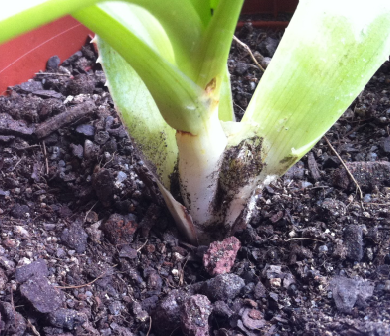 May 10, the leave in worst condition collapsed: 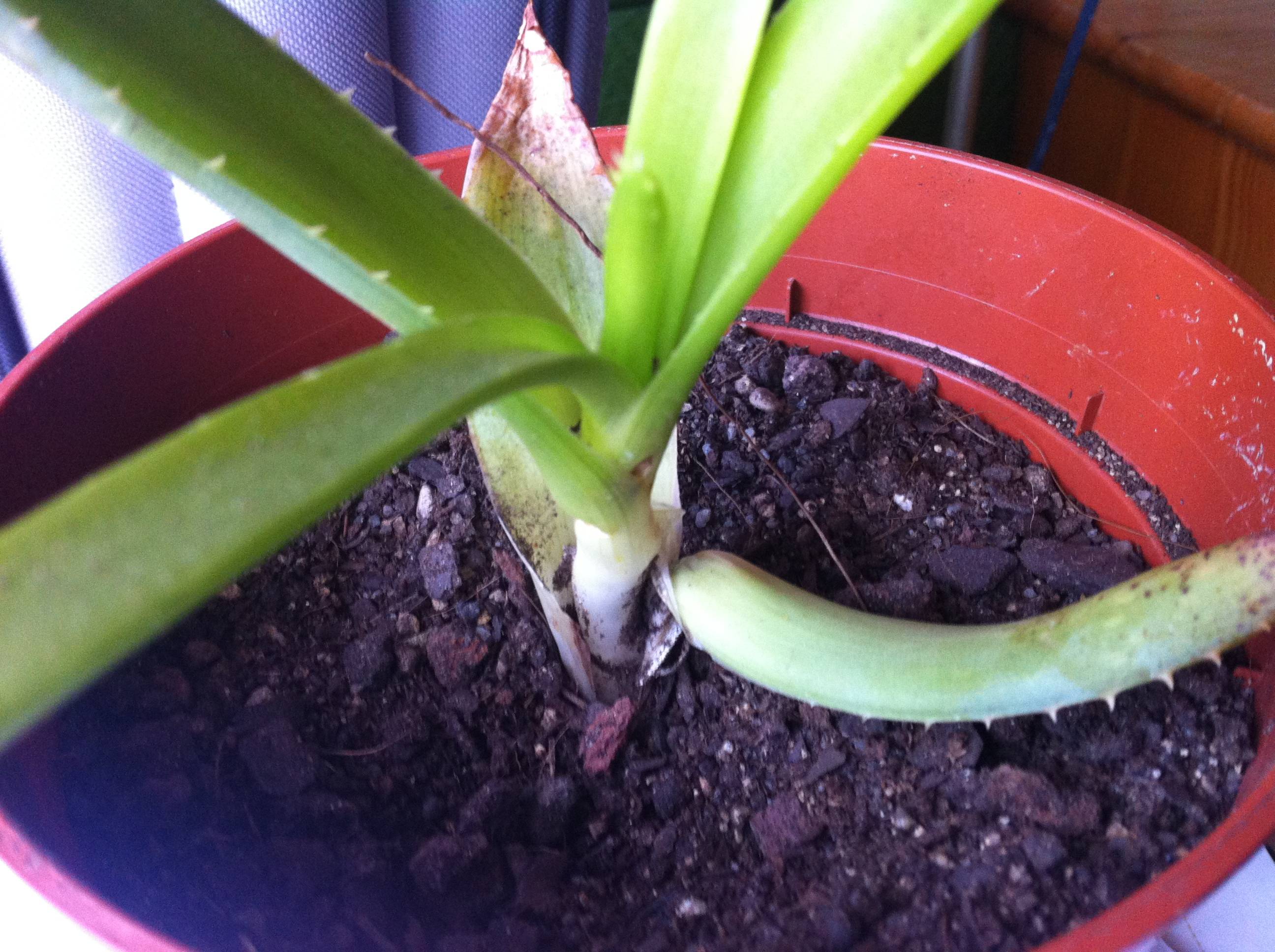 May 15, the entire plant collapsed. It stayed up for a couple of days after propelling it with a stick, but it seems it has definitively collapsed today and the stem is almost flat at the base, where the plant bent: 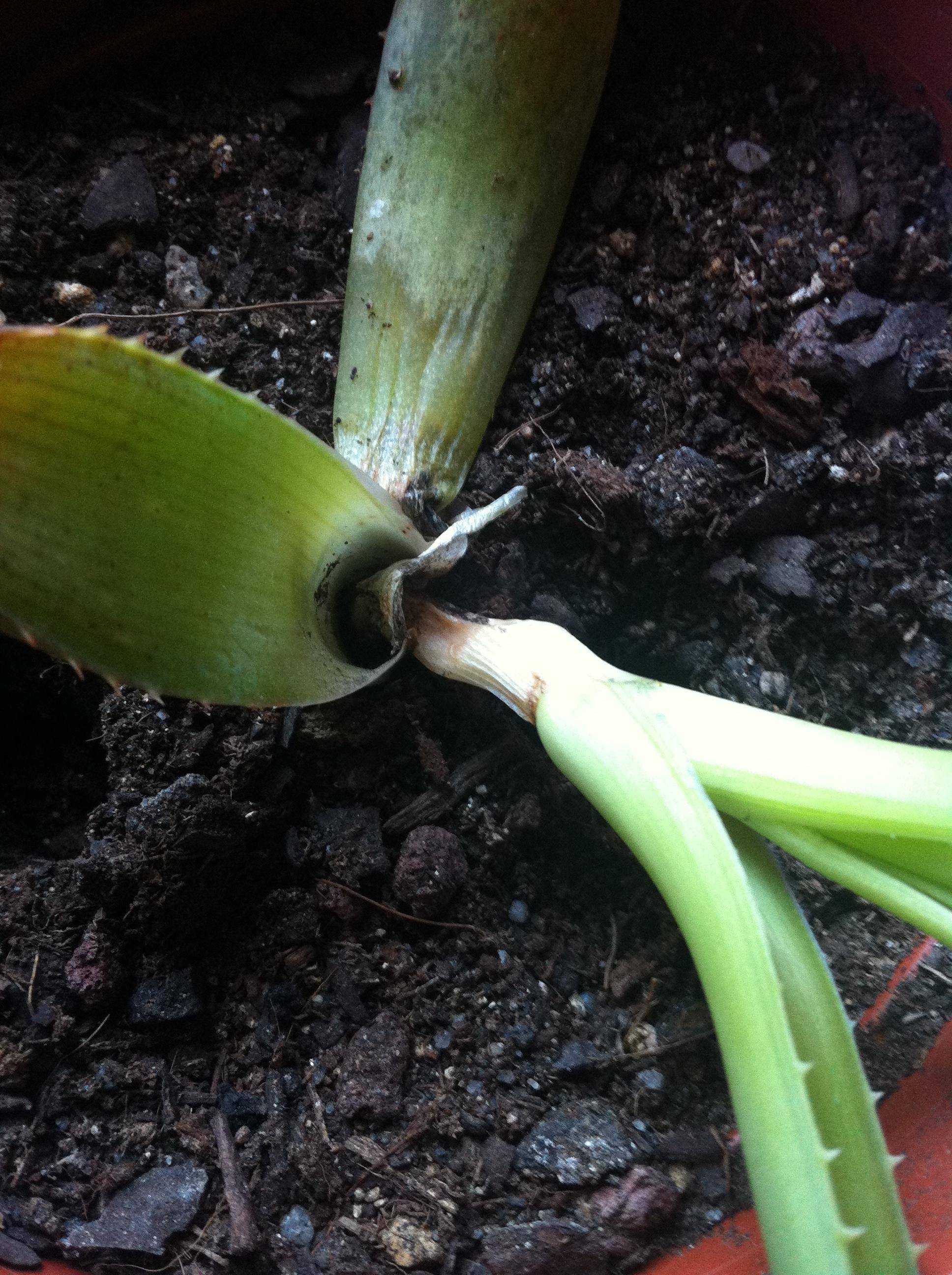 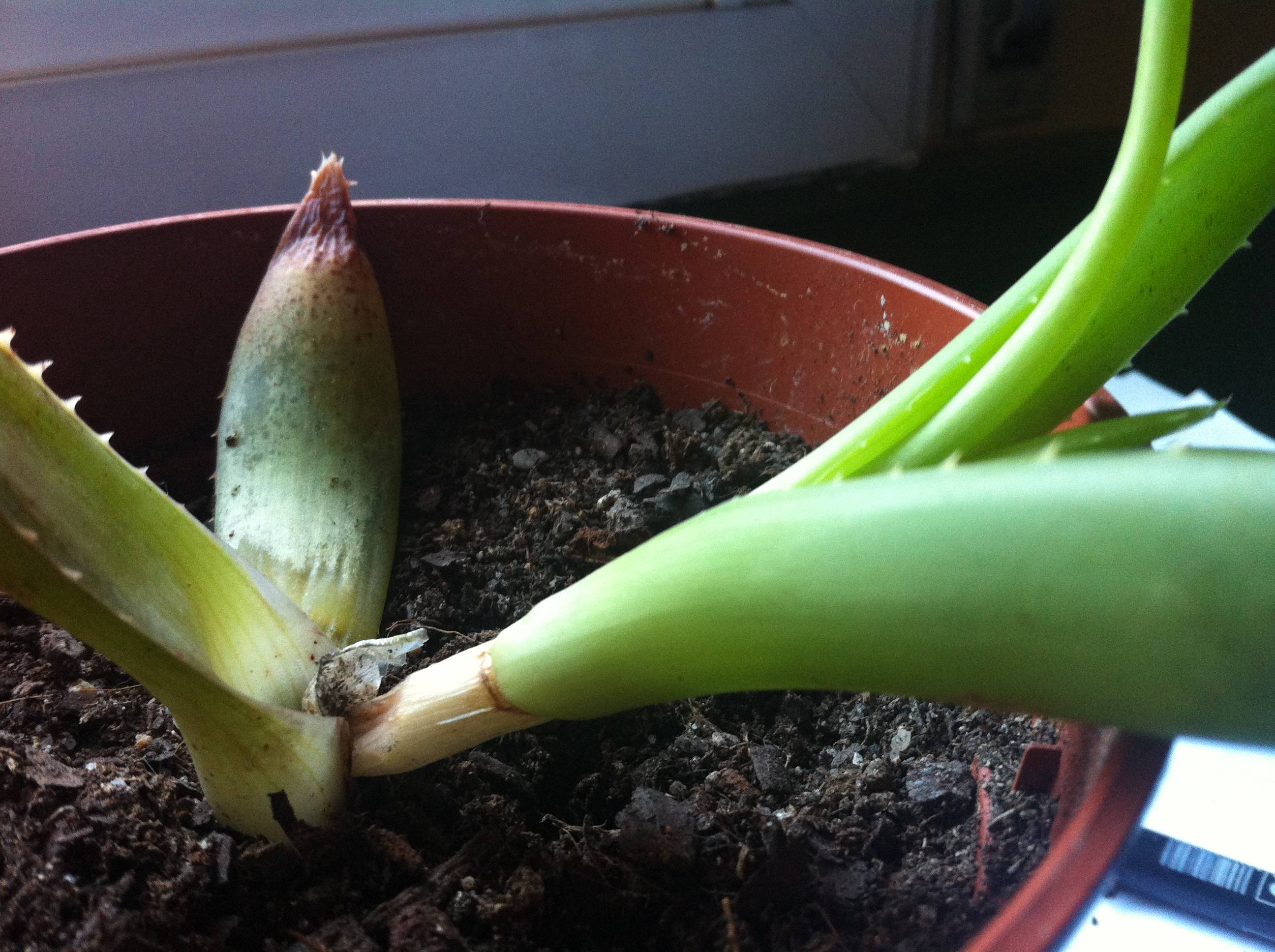 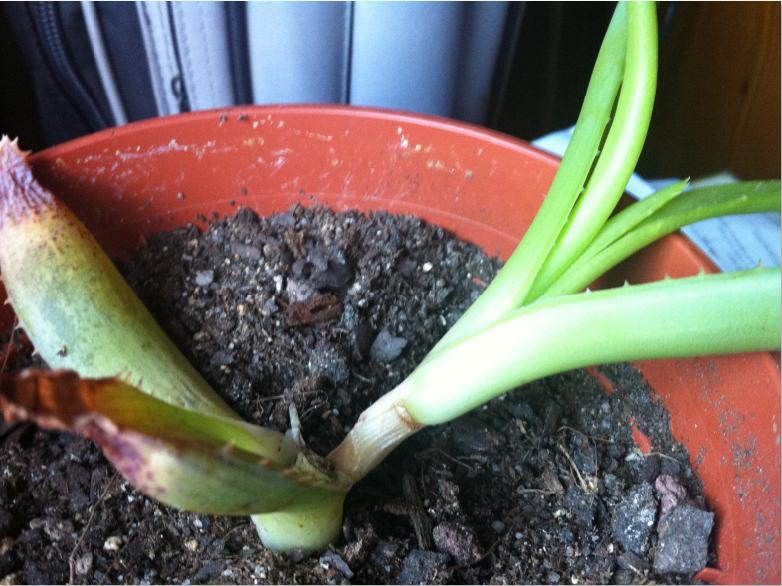 The Aloe vera is a succulent that has naturalized across the world from China to North and South America. It "requires well-drained, sandy potting soil and bright, sunny conditions".

We have a few questions here about watering and soil mix that are relevant.

This plant has root rot brought on by too much water in a soil that has too much organic matter for this kind of plant. It is possible to save it by starting an offset or cutting but unlikely as the rot is advanced. Seeing as they are commonly available why not try another in a soil with more grit/sand/perlite and a location with more light and less water

Succulents do not 'heal' in the traditional sense from cracks or tears. Leave it be, unless it is starting to rot, and hopefully the plant will continue to grow and a new leaf will come up. You could trim the damaged leaf at the stem, but this is not necessary and will just turn brown.

I would just leave it. This happens in the wild and plants are fine. It looks like a fairly new/small plant so pruning that much leaf structure might do more harm than good. If it's lacking support or if the leaf is pulling apart because of it's own weight then you could prop it up or tie a string around the plant to keep the leaves from falling.

Not the answer you're looking for? Browse other questions tagged plant-care succulents aloe damage repair or ask your own question.

9
Pest, etiolation, soil or overwatering? Other causes of pale-brown tips in Aloe Vera
7
Is this aloe vera root rot?
4
What is the proper soil type for Aloe?

10
Can an aloe plant that's completely rotten at the base be cured?
3
Broken basil plant at the stem
2
Is my aloe dead?
5
How to get my aloe to grow
6
How can i recover an Aloe plant with root rot?
0
The leaves of my aloe plant are growing stacked. Is that okay?
3
How long should I wait before watering my beheaded echeveria stem?