Can anyone identify this rose?

Can anyone identify this rose (photos below)? I'm wondering if it's a climbing rose or even a rambling rose. And does anyone know how I should care for it?

The stems are quite long and thin and don't have many shoots coming off of them, although this could be because it hasn't been pruned correctly for some years.

It produces white flowers that bloom once a year. The leaves come in clusters of 5. (I read this means it's not a rambling rose, but could be a climbing rose...)

We live in Sweden, where the summer temperature reaches about 25 Celcius and winters usually have several months of snow and are about -10 Celcius.

Thanks for any help! 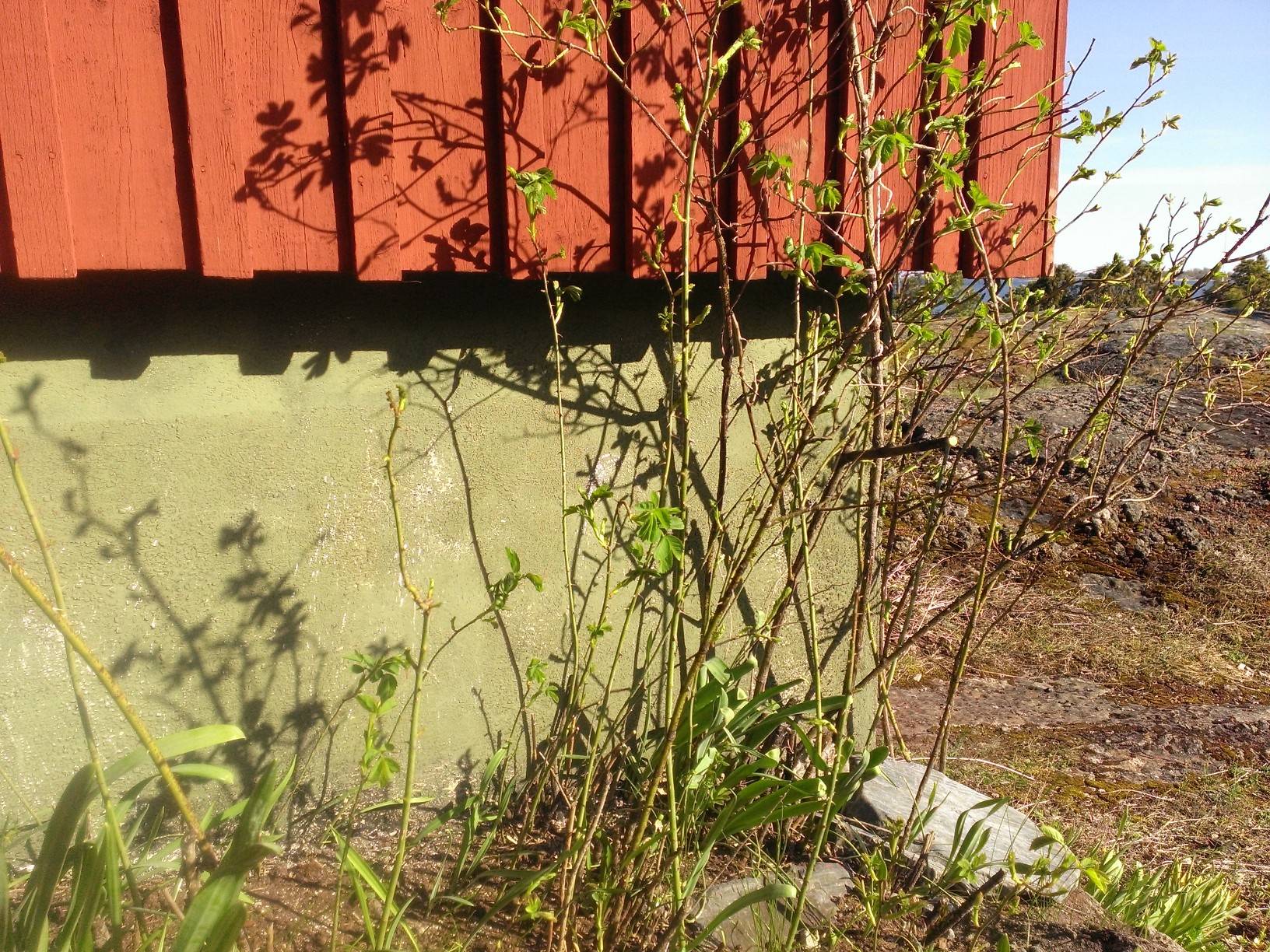 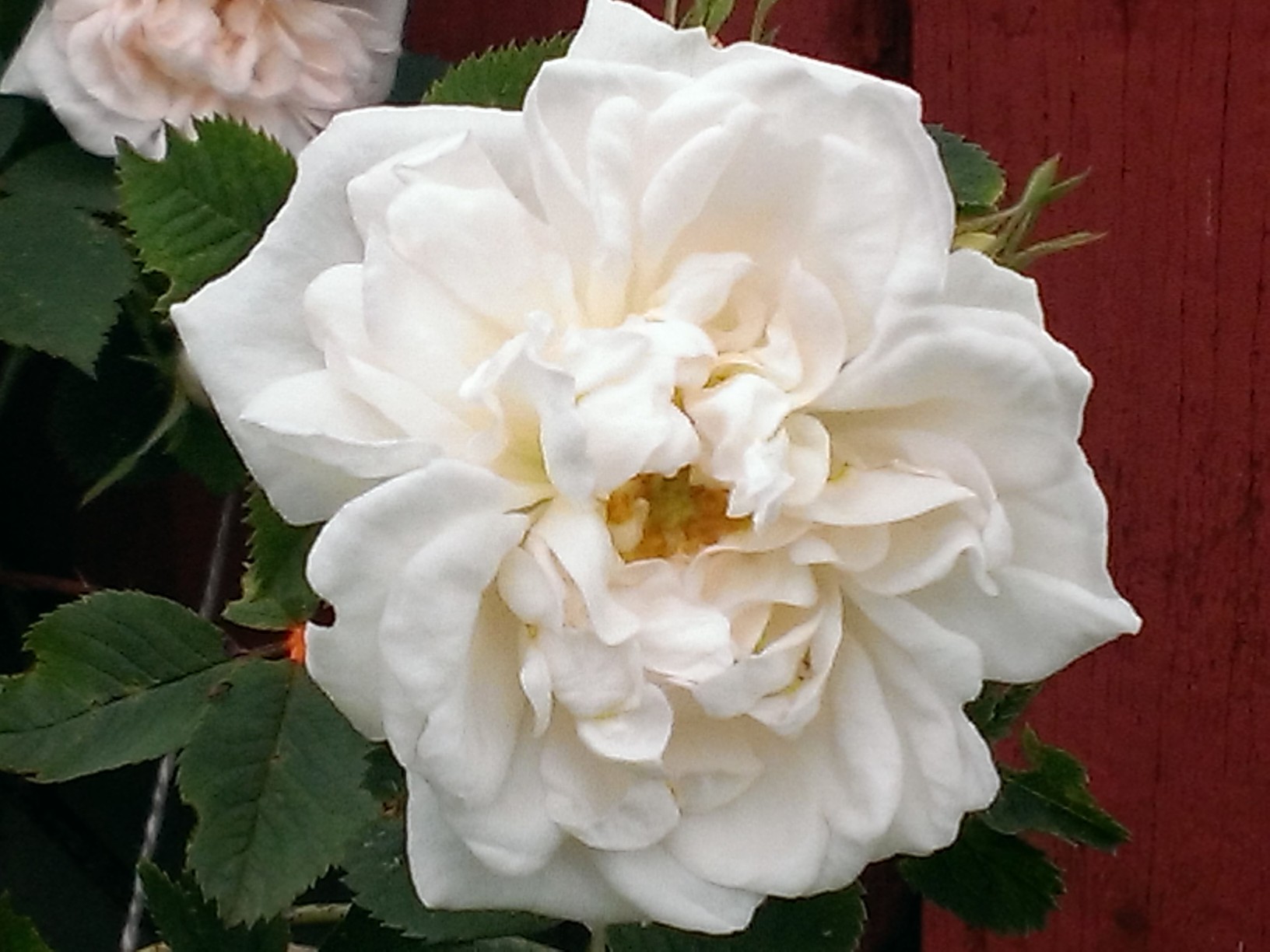 identification pruning roses
Share
Improve this question
asked May 7 '16 at 14:48

Well, its going to be tough to identify what type of rose it is because of its current condition - it looks unpruned, unfed and generally uncared for. It does appear to be producing 'thicket' like growth, which would point towards a rambler, but again, it hasn't been pruned at all.

First, you say it blooms only once, and I assume you mean all at once, that is, the flowers come in clusters, probably around June time, and then it doesn't flower again. That would also indicate a rambling rose - climbing roses are usually repeat flowering (though not always). However, although it's quite hard to gauge the actual size of the bloom in the picture, it seems to be a good size, and the majority (though not all) of ramblers produce clusters of smaller flowers than this. I'm also not seeing the 'cluster' effect in the flowers present with rambling roses (see link below to demonstrate what I mean).

And the fact it doesn't reflower might simply be because it's growing in very poor conditions and isn't being cared for. It doesn't look like an HT rose, though seeing a flower in bud would help to decide that, could be a floribunda, could be a shrub rose, could be a climber, but even that is difficult - there's a rose called Iceberg which comes as a climber or as a freestanding bush, with somewhat similar flowers to this, with a faint pink flush (that I can see in the flower behind) disappearing to pure white, and other varieties of rose have both climbing and bush forms.

There is one other complication - I can see what looks like two main, woody stems which are much thicker than all the others - I can't tell if they have growth coming off them at the top, but the other possibility here is, the thinner growth from the ground all round the outside is actually sucker growth coming off the rootstock. If they are suckers and not the original rose, they will have open, single usually pale pink or white dog rose type flowers, and the sucker stems themselves will be longer and usually have more leaflets of a different colour from the parent bush. If there is no growth on the larger, woody stems, it may be the original grafted rose has died to be replaced with rootstock growth.

I think the only way to find out what it is is to care for it, properly - cut out any very thin, weak or crossing stems, to the base, with a clean, sharp pair of secateurs, but try to leave at least three stems in place, perhaps just pruning back to a healthy, outward facing bud near the top. Feed with a specialist rose food (Toprose in the UK, you may have an equivalent there) and then topdress round the base with well composted animal manure to add both moisture retention and fertility to the soil, without letting the manure sit against the stems at the base. Water during dry spells, and wait and see what it does. I have a hunch its probably a rambler or climber, going by what I'm seeing and what you've said, but time will tell.

And by the way, the business of it's only having five leaflets is not a very reliable guide to any kind of ID.

Not the answer you're looking for? Browse other questions tagged identification pruning roses or ask your own question.