Recently my mint has been looking less and less healthy. Here's what it looks like right now: 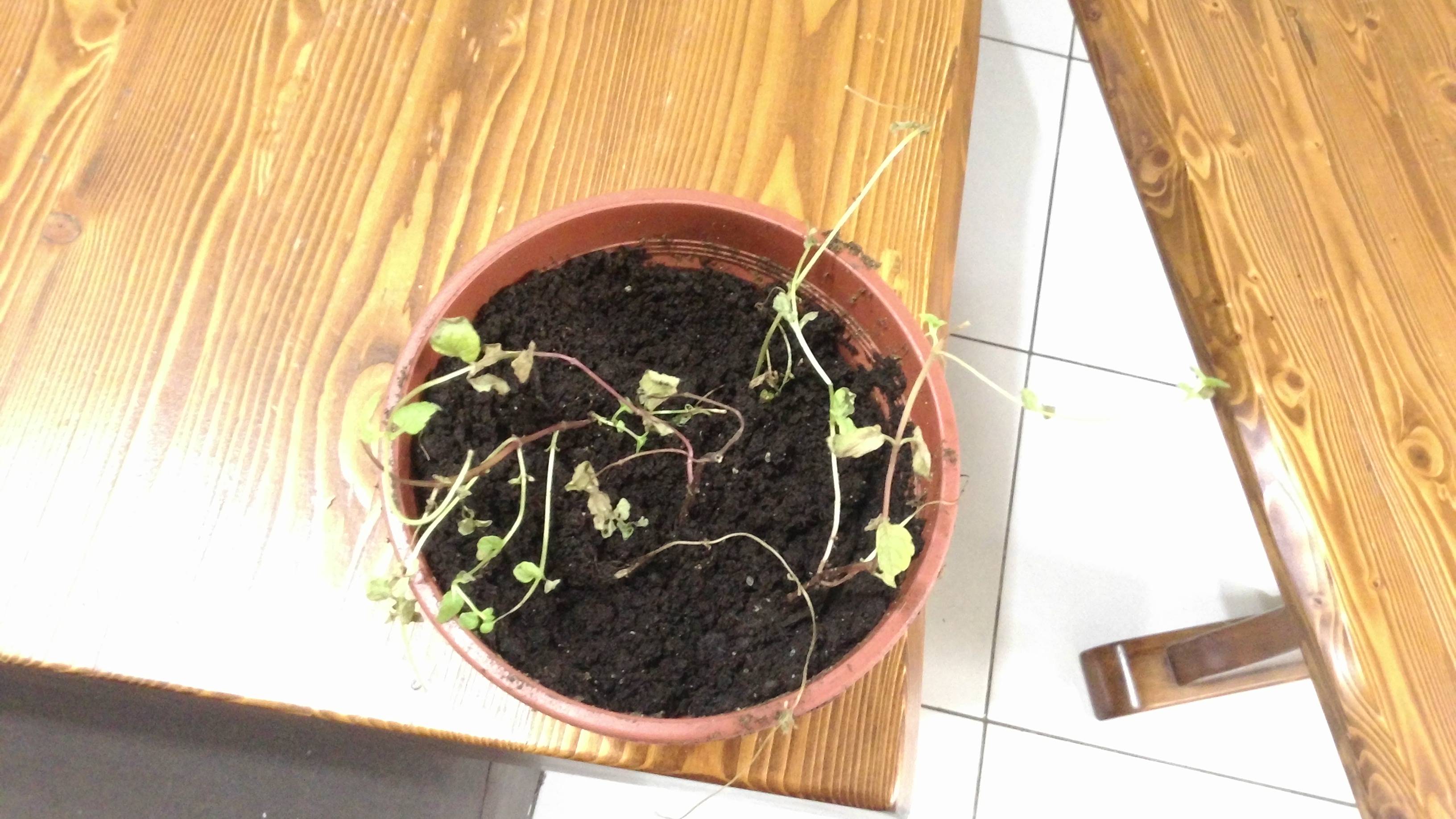 I made two changes since when it looked relatively healthy and when it started looking like this, which may be the culprit. First, I added a spoon of fertilizer, mixed with a cup of water. The instructions say to use two spoons for a pot of that size. Second, I started watering it every day. I suspect the second is more of a culprit, because when I tested the soil yesterday, and noticed that when I pressed down on it, water actually squeezed out the bottom of the pot. This was several hours after I'd watered it, so I'm guessing there isn't very good drainage.

I carefully removed the mint from the soil, which was easy, since the roots hadn't spread very far, and squeezed the excess water out of the soil. It was like ringing out a shirt after jumping into a lake with it. Then I broke up the soil to aerate it and replanted, and I haven't watered it today.

What, if anything, can be done to save this poor thing at this point?

diagnosis mint
Share
Improve this question
asked May 5 '16 at 10:03

I remember your first question about this plant, and have just checked the image you provided then, where it looks much healthier than it does now. I note also you posted a comment under that question to me, but didn't ping me so I didn't know it was there, so didn't respond. As you know, I don't think this is regular mint, I think its Mentha pulegium, and you asked if it was safe to consume - it is safe, if you're male and you consume it very sparingly, but not particularly safe for females of breeding age, so bear that in mind if you ever make your mojitos for female friends, especially if they're pregnant and especially early stage pregnancy (its an abortifacient) until its ID becomes clearer (flowers will confirm or deny ID). You had intended to post a pic of the parent plant, which I don't think you have, or at least, I can't find one. Makes a good insecticide, and most animals avoid eating it, including deer.

I don't know whether you've actually used any of the plant yet, but you shouldn't until you've managed to get it growing better. You've obviously realised you're keeping it far too wet, so water only when the surface of the compost is just about dry when you touch it, then water thoroughly, allowing any excess to drain away freely. It may require more light, though not particularly sunlight, just bright daylight, and if you've been keeping it indoors, it may actually do better outside after hardening off, if your outdoor temperatures aren't currently cold.

More info about this plant here

9
What is happening to the leaves of my avocado?
5
Why are the leaves of my Peace Lily wilted and black?
4
Finally got the rootball out, please diagnose the roots and health of this plant
4
Why are some of these Yew bushes dying?
4
Why is my chilli seedling dying?
3
Can my lavender be saved?
1
Mint questions: identification resources, survival of cuttings, and safety
5
Why are the new growths on my Sago Palm withering and turning yellow/vrown
1
Help I think I may be killing my mint plant