What is this small red fruit with a passion fruit like pulp inside?

Can anyone identify this fruit? Its ripening now, which is early autumn here in New Zealand. 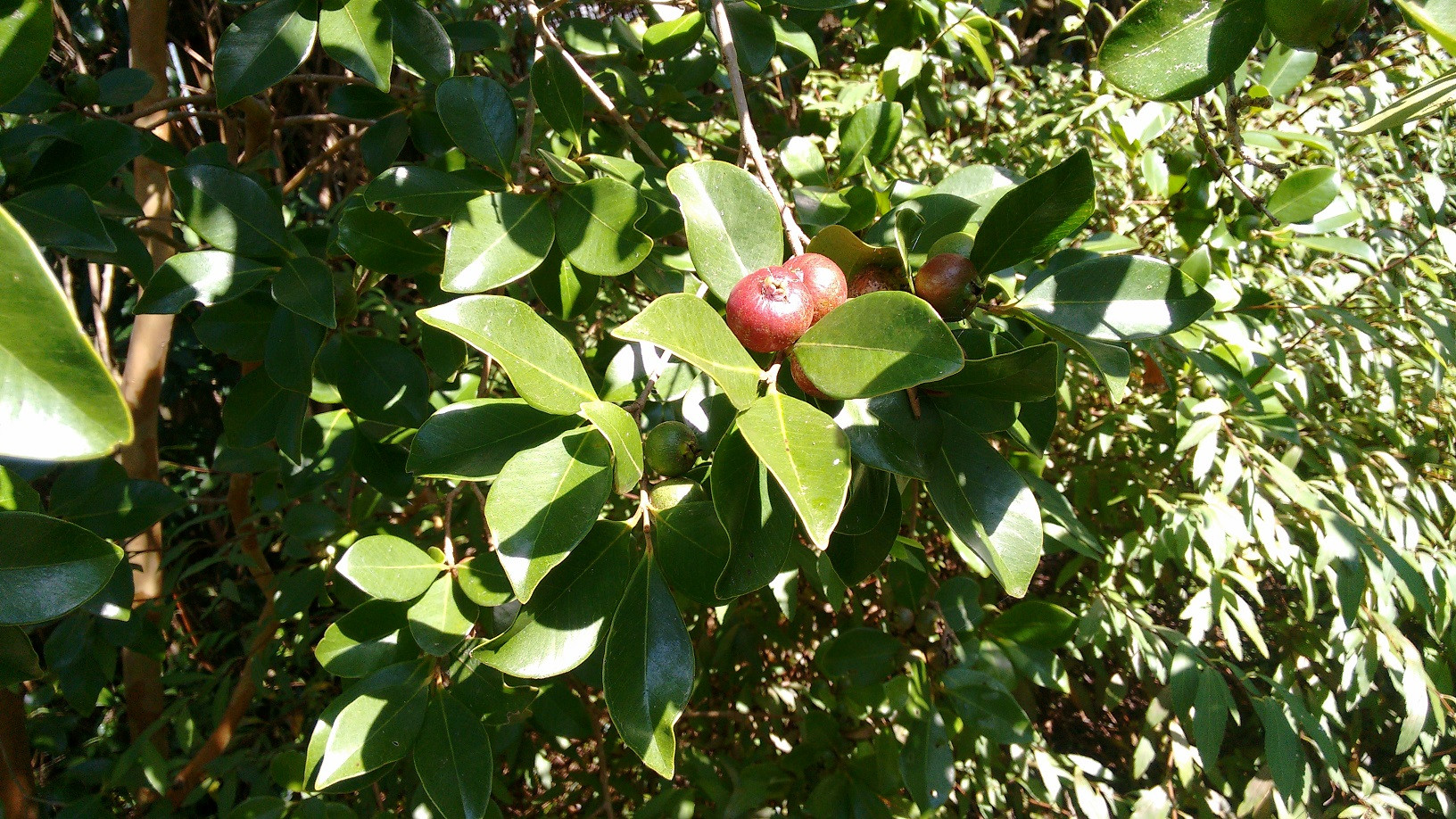 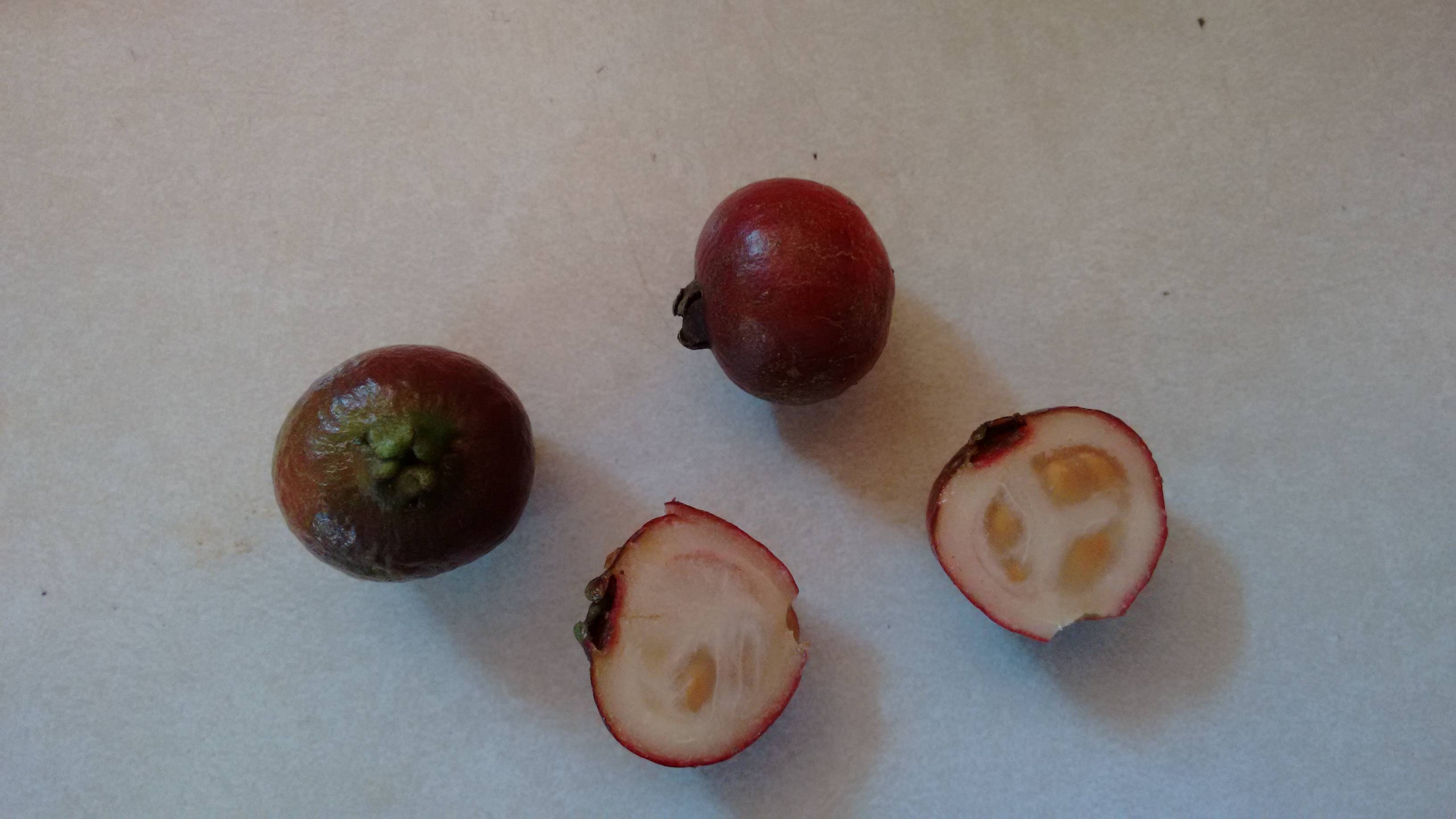 Based on the way the fruit is clustered, and similarly the way the leaves are clustered. I think what you have is Psidium cattleyanum. Common names include: Cattley guava, strawberry guava, and cherry guava.

There's a similar type, Ugni molinae (chiliean quava), but I think the fruits look more like cherries as they have longer stems.

Strawberry guava fruit are edible (including the skin), though I think they're most commonly used for jellies/jams rather than eating plain. Here are some pictures I found for comparison (click them for more). 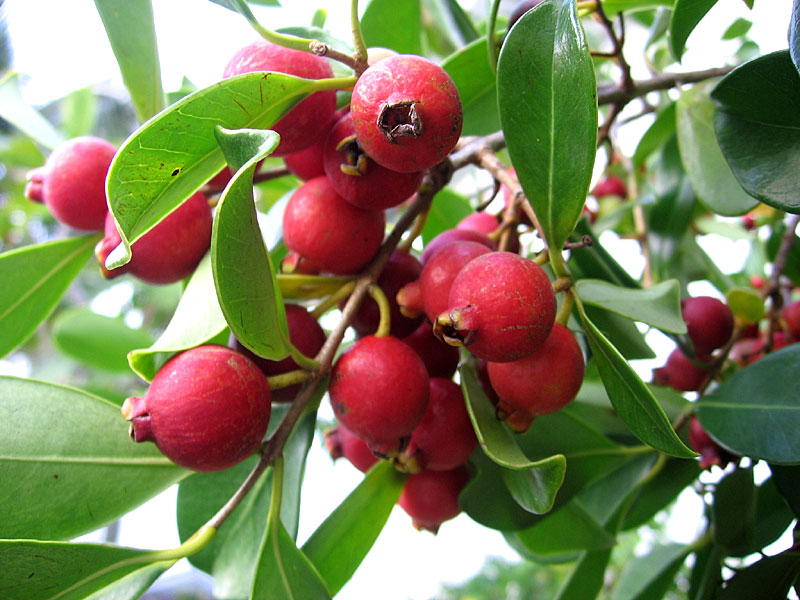 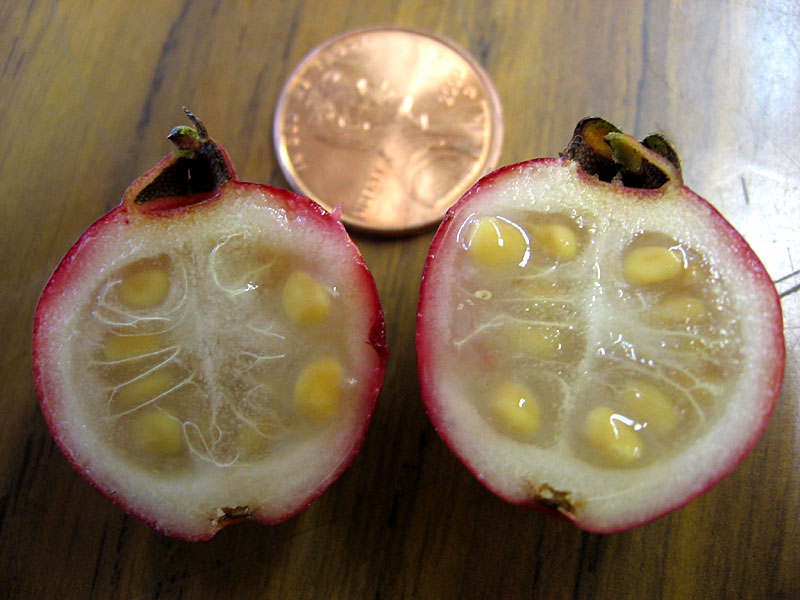 That looks a lot like mangosteen, though it would be easier to be sure if it was peeled rather than sliced.

Never had decent ones in the USA; it's a very unique flavor.

Edit based on comments: Marble-sized - yeah, probably not mangosteen. As for pomegranate, not nearly enough seeds, I'd think, though perhaps at that scale it's a reasonable number - never seen them that small, but I don't know how small they grow that simply don't show up in markets.