Should I be concerned about these purple stems and dead leaves?

I have a small mint plant that a friend grew from a cutting and gave me. He had it in a tiny pot, so I transferred it to another pot in pretty short order, and it's certainly been growing. I have not yet used any sort of fertilizer on it. Recently, I've noticed some of the stems are purple, and those purple stems have dead leaves. Here's a picture: 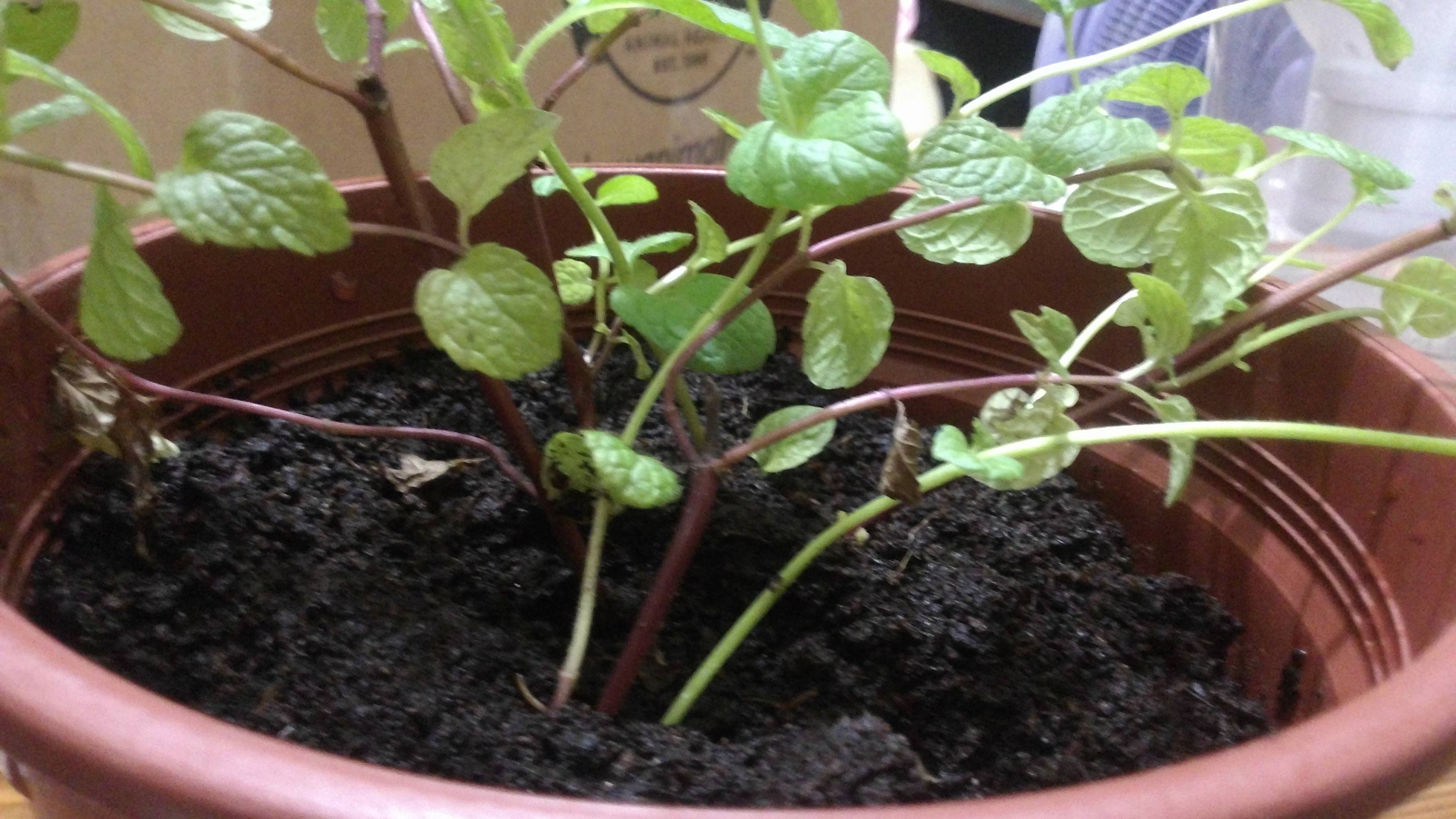 One possible cause that I'm aware of is that it's gotten too much water. I generally keep it out on a window sill, but it's been raining a lot the past few days. Would it be better to keep it inside until the weather clears up (or at least until the soil dries out a bit)?

But more to the point, should I actually be worried about this at all, or is this considered normal behavior for mint?

Looks pretty healthy to me. A lot of plants in the mint family get purple stems as they mature.

It's not unusual to have a mix of dying, seeding, and new growth intermingled in common mint. Even when the whole of the plant seems to have died back, you can still have new runners appear from underground later.

Common mint thrives along riverbanks or under dripping taps, so it's pretty hard to waterlog, it's more in danger of death from drying out if it's too long between water or burning in the hot afternoon sun, especially if it's kept in a pot.

4
Why is my Japanese painted fern struggling?
3
Can indoor mint grow all-year round?
4
Should I be concerned about Ginkgo leaves yellowing in early July?
2
Why are the leaves on my mint plant drying up and brown bumps are forming on the stems?
3
What would cause pale patches and little brown spots on my Lemon Balm leaves?
5
Why is my Peace lily dying?
3
What variety is my mint plant/why does my tea taste grassy?
1
How to save my succulent?
1
What can I do for an Acer garnet's leaves looking dull and dry