White spots at the base of a cactus

Somebody gave me this cactus and I noticed that the base is getting white. 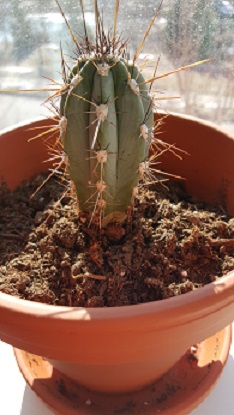 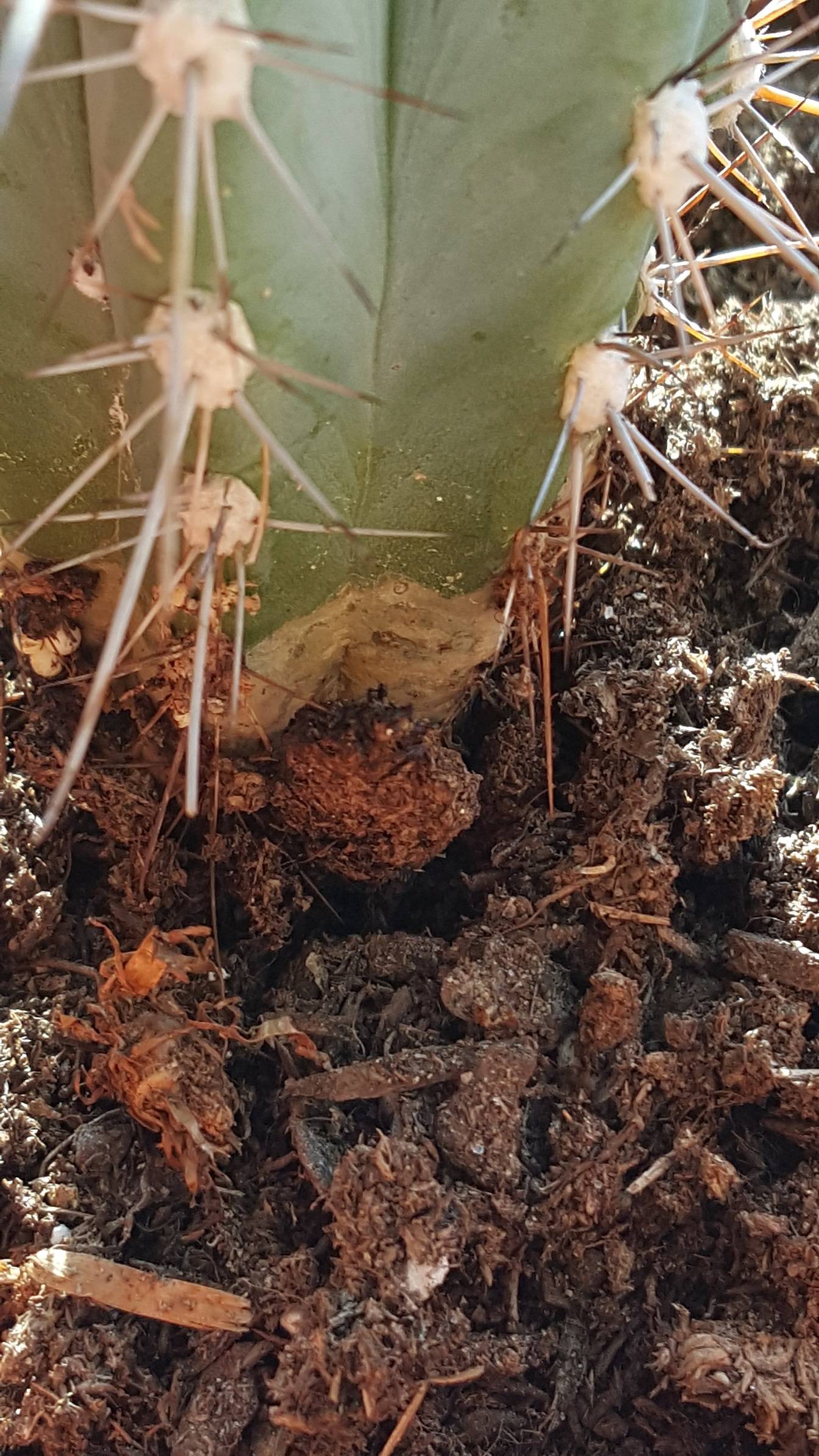 I think this is Trichocereus peruvianus - the discolored area at the base is typical of callous formation following damage of some sort. No idea what could have caused it though, there's nothing glaringly wrong with it otherwise, but it can be caused through physical injury, insects or sudden chilling, so you might want to check or keep an eye on it in case there's some kind of insect infestation within the soil. I can actually see tiny white flecks sitting on top of the soil in the second picture, just in front of and to the left of the calloused area. If they move when you disturb the soil, they may be insects of some sort, but it's probably worth taking a magnifying glass and examining what they are - they may be nothing at all to worry about, but they may also be tiny eggs. I can also see a slightly 'wet' or darker looking area above the callous formation though, which almost looks like an infection, damage or sogginess due to being cold, or the start of shrivelling, which wouldn't be surprising given you're not watering it. Keeping it in full sun, especially in winter, is the right thing to do, but hopefully the temperature in that position, on the windowsill, does not drop too low at night, especially if you draw drapes across and the cactus is between those and the window pane.

The soil it's in seems rather lumpy and uneven, but that might be because you don't water, and you need to. As spring arrives, watering should be increased until you're actually watering as you would any other houseplant during summer. As summer moves into fall, watering should be reduced and in winter, only sparingly applied to prevent shrivelling. Once that soil is damp, you may be able to get a more even level around the base of the cactus, so that wet lumps of soil are not sitting against the main stem. After watering, always empty out the tray at the bottom of the pot, because the plant should not be left sitting in water.