Why is the stem of one of my sunflower seedlings shriveling?

I recently planted some sunflower seedlings and they have been doing fairly well. The only problem I had noticed was that the tips of the leaves were slightly burnt, but even then, the burns weren't spreading and the plants seemed to be doing fine. In the past couple of days, however; the stem of one of the seedlings became shriveled mid way up the stem. The strange part is that the base of the stem is fine, and the top of the stem too is fine.

I have no idea what is wrong with it. My only guess is that the soil is too basic. 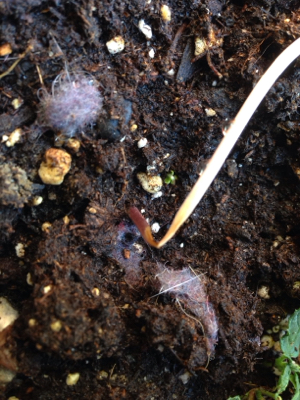 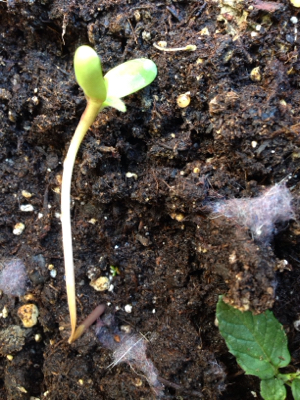 I had been careful not to destrub the stem for a while, and I have it less sun and somehow it has survived and is now nearly completely healed! 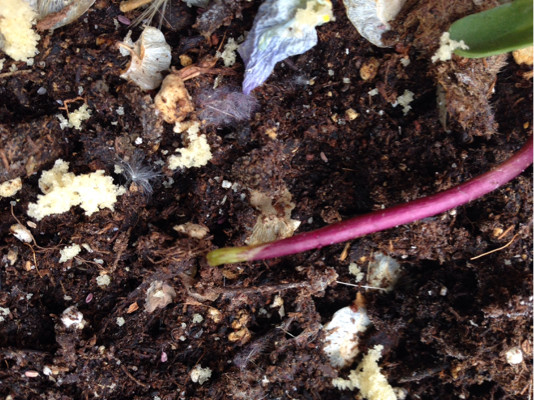 Thank you all for you helpful advice!

Most likely sun scorch on the leaf tips, because they may not be used to all the sun light if you do not. As for the stem, it is a fungal dry rot. The soil is too wet and it looks like there is mold growing around it.

It could be damping off disease (e.g. from pythium) or cutworm damage. I've seen tomatoes damaged like that. It kind of looks chewed.

A lot of people think they're harmless, but I also tend to think pill bugs may do that sort of thing, too (in the morning).

Mice, rats, and such are another possibility, but I don't know.

If it's indoors, it's probably damping off or something else altogether, though.

Not the answer you're looking for? Browse other questions tagged diagnosis houseplants plant-health sunflowers or ask your own question.

3
My plants are dropping leaves suddenly and dying. Are they being poisoned?
3
Cause of plants dying
9
What's destroying my recently laid Kikuya lawn?
7
Should I be worried about this mottling on the stems?
6
Can I prevent the leaf loss from my fern?
4
Why does one lemon seedling out of a large group have dry withering leaves?
4
What's wrong with my pilea?
1
Poinsettia leaf growth
1
Can this fittonia argyroneura be saved?