Are these spider mites on my potato vine?

Are these spider mites? Will they migrate to my tomato plants?

Click on the picture to get a closer view. 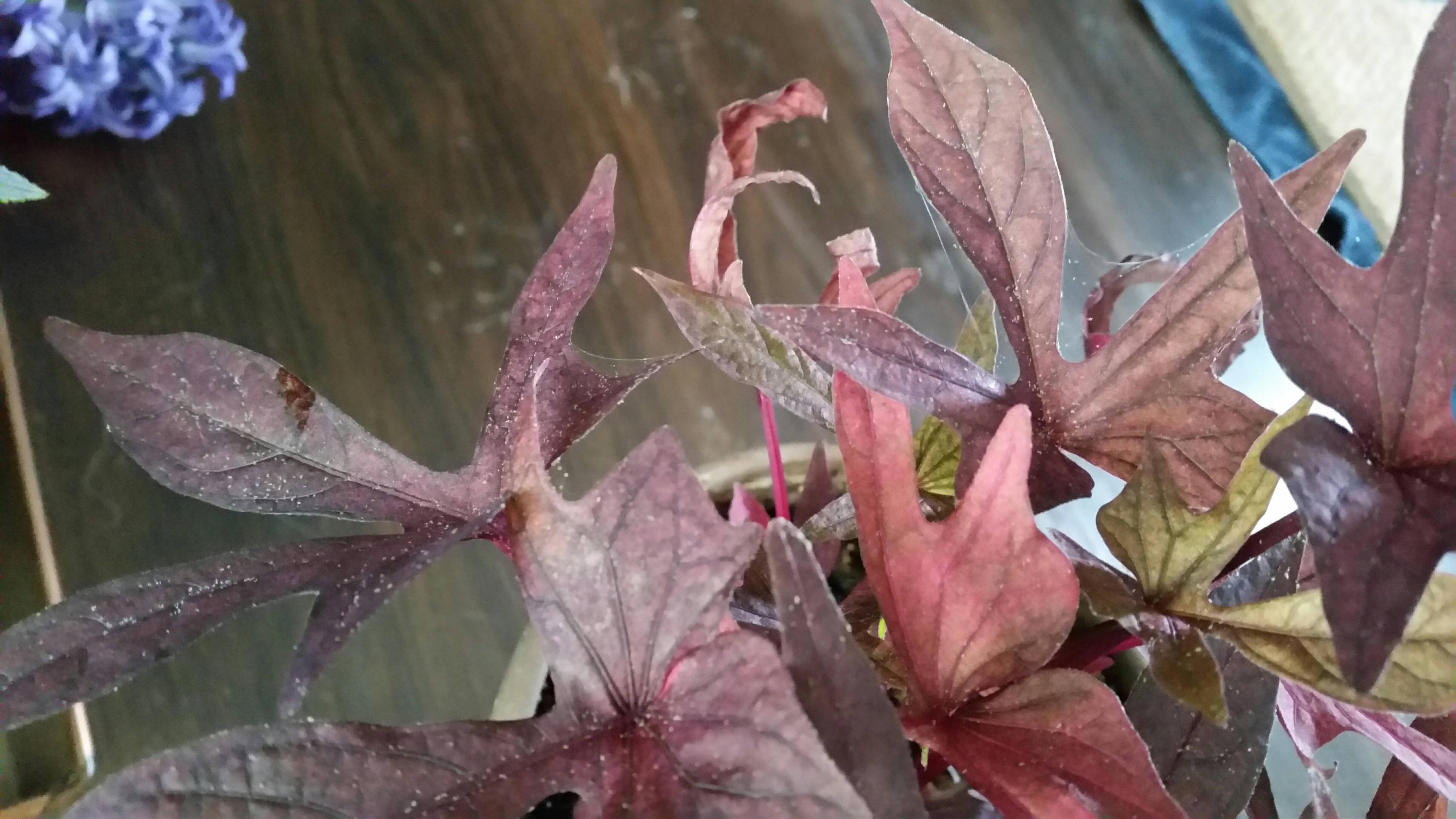 Yes. That looks like spider mites (from my experience with them--particularly that web). Spider mites can afflict tomatoes, but the ones in my area seem to prefer most other members of the Solanaceae family to tomatoes and peppers. They pretty much left them alone and ravaged other stuff. I don't know about the kind of spider mites in your area, though. There are lots of kinds of spider mites. From things I've read, they don't always have the same tastes.

If your plants are indoors, I would be very concerned about them migrating to your tomatoes, and houseplants. They might already be on them. I'm not sure how much damage they'll do, though. They might just cause tiny wounds that trigger edema (which might seem scary, but it isn't). Or, they might cause serious issues.

Those white flecks don't look like they're from spider mites, though (just the webs). Those could be aphid skins, or something from another pest.

It's possible you have a real spider that made the webs, but if you remove it and it comes back, it's probably spider mites.

Not the answer you're looking for? Browse other questions tagged tomatoes spider-mites or ask your own question.