Want to improve this question? Update the question so it's on-topic for Gardening & Landscaping Stack Exchange.

The inchplant (Tradescantia zebrina) is popular due to its undemanding nature and appearance. Considering its purple underpart and silvery texture, I never would’ve dared to taste (or eat) it. 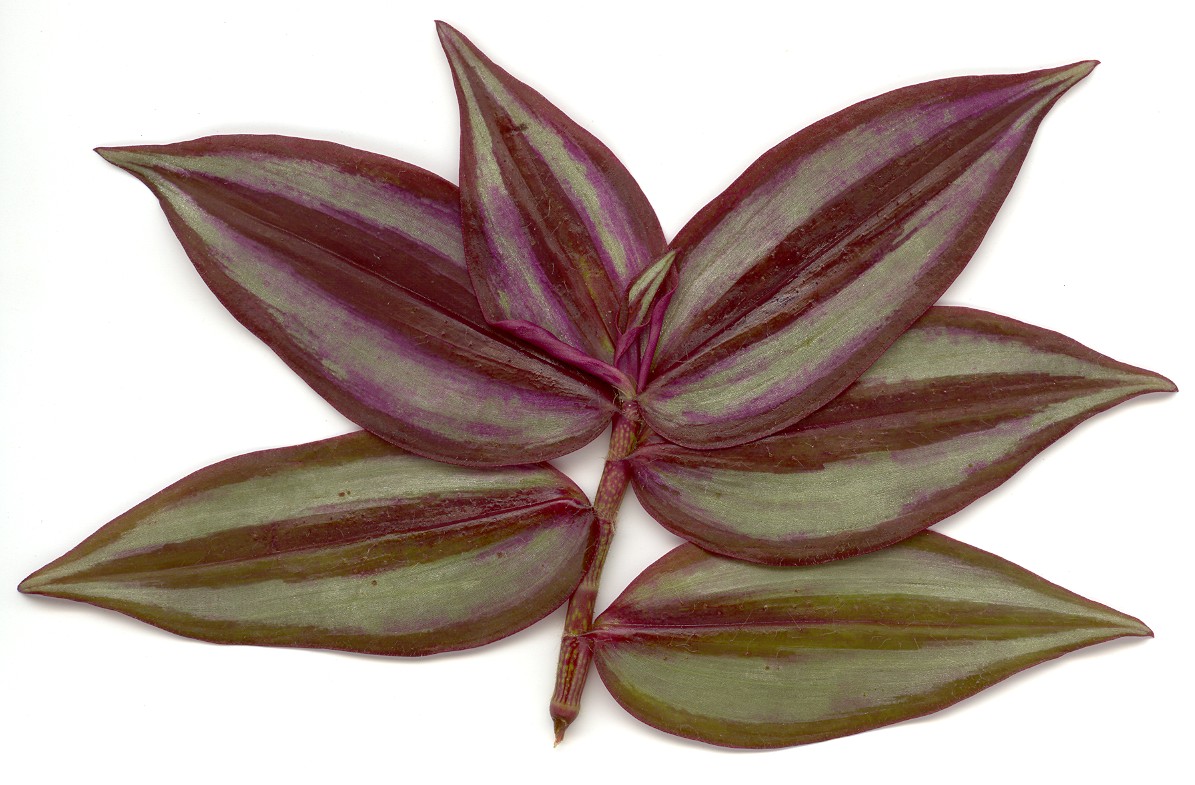 From its Wikipedia article however, I discovered that in Central America, a cold drink is prepared from the leaves, called (Agua de) Matalí. I merely found three non-free pictures (two glasses and a bottle). Looks good!

This plant usually grows abundantly lush (even in radically different ecosystems). Sometimes you even have to thin out some shoots. It’d be great if you could cultivate it not only for its beauty, but also for its nutritional properties.

Is there any reliable evidence for its edibility?

Matali is the Mexican name for Tradescantia zebrina (striped) or Tradescantia pallida (purple), a species of spiderwort native to the Gulf Coast of eastern Mexico. In the US, it's known as inch plant, purpleheart, and wandering jew, and it's used for ornamental planting. In Mexico, the leaves are infused to make agua de matali, a refreshing, cool tonic. Chef Christian Bravo riffs on the traditional drink to make a mocktail that he serves in his restaurant Punta del Mar in Merida, Yucatan. Matali grows all over Austin, so we can enjoy it here, too. The purple variety makes an especially pretty presentation.

In a saucepan, bring water and sugar to a boil; add matali leaves and remove from heat. Cover and let rest for five minutes. Strain infused liquid and cool to room temperature.

Place ice in a tall glass, add lime juice and mint leaves, and fill with matali liquid. Stir, then garnish with a slice of lime.

And since it's Easter, the plant gets its name from the Jew who was cursed to live forever (well, until the second coming) for mocking Jesus of Nazareth who was on his way to Golgotha to be crucified. Like this unfortunate immortal, the plant is indestructible, and gets everywhere in your garden.

There is conflicting information on the web regarding the edibility of this plant (for humans), and most of it doesn't seem to be from any major reputable scientific source. It is not listed in any of the Herbal Dictionaries I've checked, including Wiki's list.

Either way, from what information is available, Tradescantia zebrina is not considered one of the culinary herbs, and its use has generally been restricted to medicinal purposes, in the same way as, say, St. John's Wort or Valerian. Considered to 'strengthen the blood' (the jury's out on what that actually means, I've no idea, sounds like nonsense to me), and has been used as a treatment for colds, tuberculosis, high blood pressure and 'problems of the uterus' (again, ?). Some people may have a strong reaction to this plant, either by contact or ingestion, depending on their individual sensitivities. It is, though, perfectly safe for reptiles to consume, though likely only in small amounts:-

As for the taste of any tisane or tea made from its leaves, I'd imagine most of the pleasure in taste will come from the high amount of sugar and citrus juice rather than the Tradescantia leaves themselves, judging by the recipe given in another answer (reminds me of the recipe for 'nail soup', an old Serbian joke...) So, ultimately, no, I don't think you could consider Tradescantia zebrina a 'crop' plant.

I learned that this plant is edible, when traveling in Uruguay in February 2016. Upon returning home we here at Earthship Biotecture have been eating it in salads all the time, as we have it growing profusely in our greenhouses. It does not have a distinctive taste, but makes the salads look really colorful and beautiful, and I am sure it adds plenty of nutritional value, due to the intense purple color under the leaves.

It is a great plant as it also grows well in low light and shaded spots, which is unusual for a food plant, as most food plants normally need plenty of light to thrive.

This plant definitely gets a space in my greenhouse.

Not the answer you're looking for? Browse other questions tagged edible or ask your own question.

2
What are some deer resistant edible plants?
3
What is the name of this plant, is it edible, and how can I care for it?
3
Edible plants for very shady indoor location
2
Are there maintenence free edible plants for sandy iron rich soil in harsh climate?
5
Can ginger grown in a garden landscape be used as an edible spice?
4
Edible, indoor, winter plants. What lights? (and other advice)
1
Shrub Identification, Edible or not?
3
Do toxic mushrooms that grow near a plant affect its edible / poisonous traits?
1
Petunia flowers, edible or not?