Aloe is drooping, is it ok?

My friend almost killed this aloe, it was just a dead stalk, and gave it to me to try to fix. I've got it to grow again: 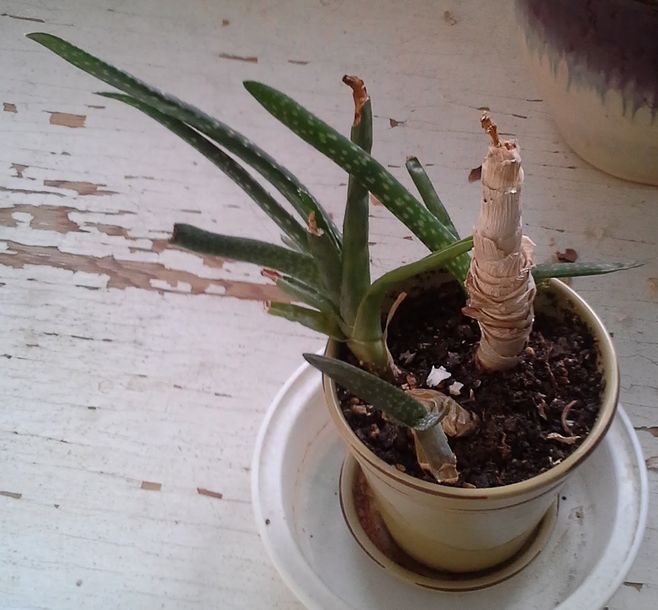 but now it's drooping over the edge of the pot: 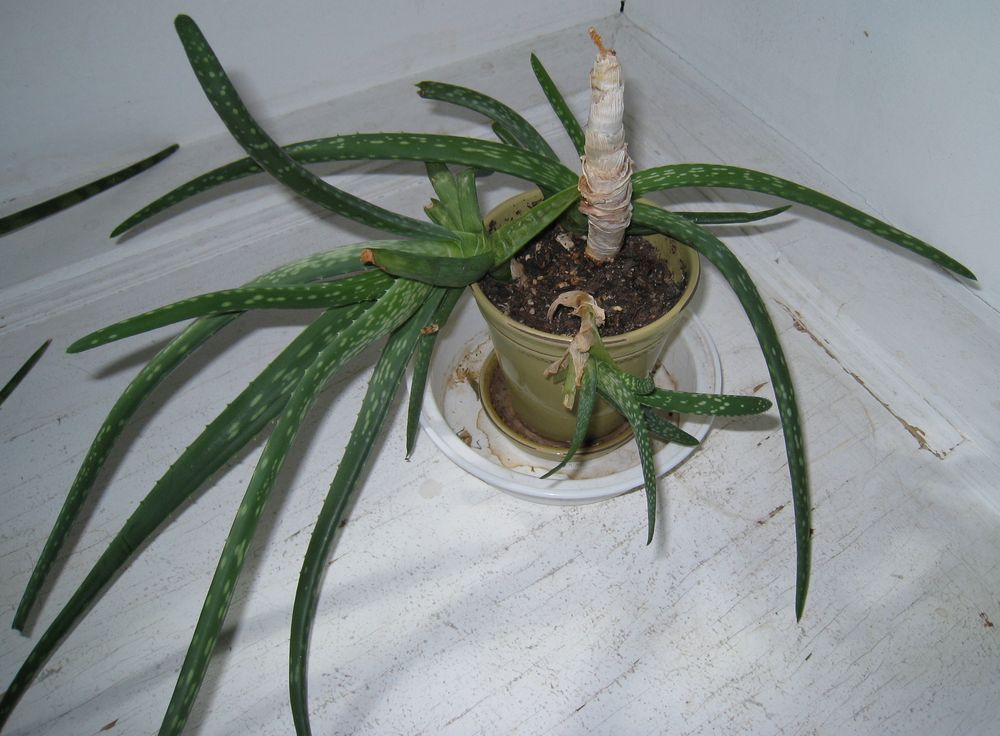 I water it once every week or two, when I remember. The soil always feels dry to the touch when I do. It's in "Cactus palm and citrus soil" from Home Depot.

The leaves feel the same firmness as my other aloe that seems to be doing well: 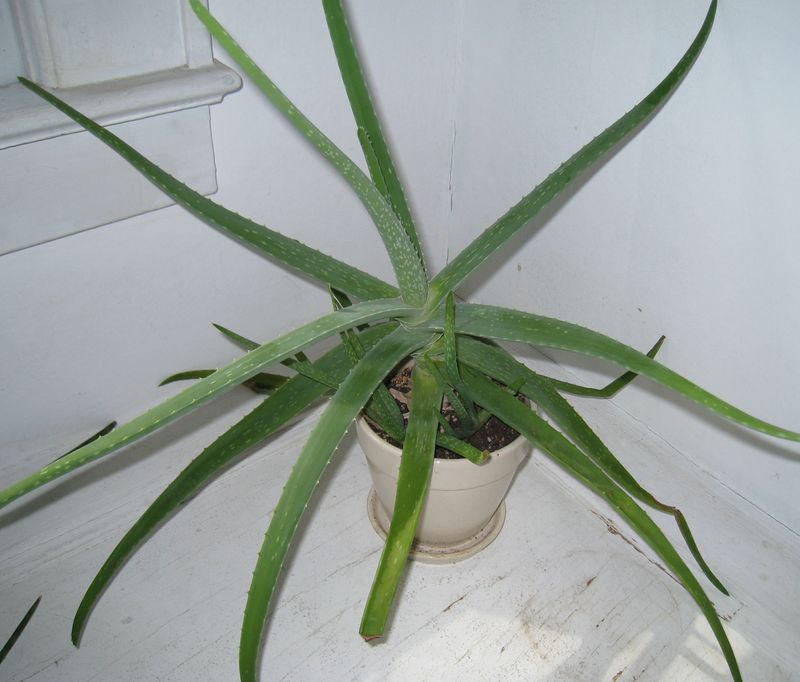 It's hard to tell from the photos but the leaves on your problematic aloe seem different to your "other aloe". Perhaps they're different species and thus will have different different habits ie. not supporting themselves well.

It looks like you have have three aloe babies growing in that one pot. It'd be better if you lifted them into separate pots, placing them upright so they're roots have the chance to support them upright. To do this, you should lift the whole plant out and brush off as much soil as you can. Then carefully separate the baby plants from the main plant, the best way is to cut them off with a sharp knife.

As to your 3 suggestions, you should rightly be wary of overwatering Aloe since it can lead to root rot. It doesn't look like it's suffering from this particularly. If I overwater my aloes I see a build up of fruit flies around the pot, suggesting something is rotting.

You should be equally careful of underwatering, especially if your soil medium is peat based. Aloes like to be dry whilst they're dormant through winter, however if you let peat dry out then you'll never be able to rehydrate it. Which is a mystery to me why it's often marketed at cacti / succulent growers?

I believe growing space is the issue here, but technically not due to pot size. Aloes form shallow horizontal root systems, so with 3 plants crowded into one pot they're likely to be in each other's way. Certainly transplant them into bigger pots, but think wider not deeper.

You should definitely re-pot the three "babies" in separate pots, to get them away from the old dead material which is a constant risk for attracting bugs, fungus diseases, etc. Possibly they are not getting enough light - I think the plantlet at the front of your picture looks a bit "leggy". Remove the old damaged leaves (using a sterilized knife) when you re-pot them, as well.

Obviously the easiest way to save a dying plant is to try to get it to grow, but in general it would be better to keep them dry and almost dormant over winter, especially if you want them to flower in summer.

Not the answer you're looking for? Browse other questions tagged watering aloe or ask your own question.

10
How do I protect the roots and adjust watering levels in a non-draining indoor pot?
10
How much watering does aloe require?
2
Is my aloe dead?
12
Can I cut the top off a drooping aloe plant?
7
Aloe Vera Plant drooping
2
Aloe leaves turned gelatinous
4
Drooping Aloe? Is my Aloe healthy?
0
Small aloe watering help
1
Moldy rubber tree plant
1
Aloe barberae yellowing or dying?