How can I make this succulent less splayed-out and lanky?

1) I think this is a Sansevieria suffruticosa, but I'm just guessing based on internet pictures. Does that seem right?

It made these flowers once, 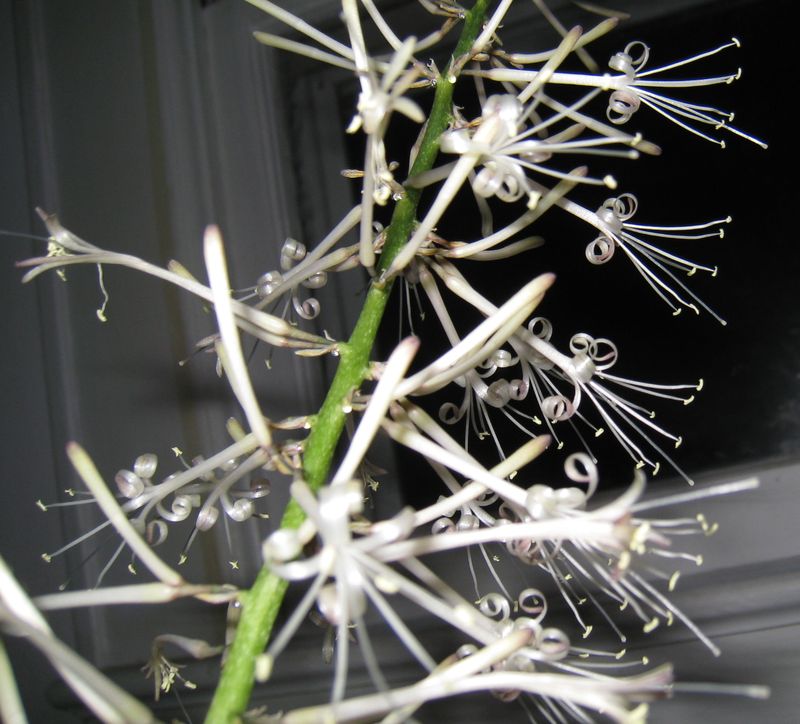 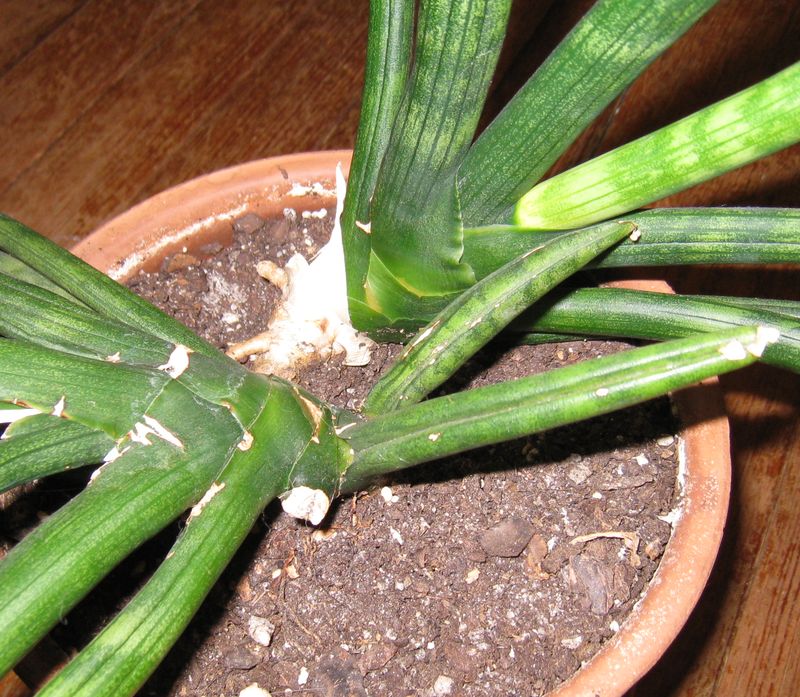 2) It's grown extremely long and lanky-looking. The leaves are >30 inches long, and sprawled and twisted all over the place. Are they supposed to do this? Should I have been pruning this in some way to prevent this from happening? I've seen similar plants where the spines go straight up, but it doesn't look like mine would do that based on the way they fan out at the base. 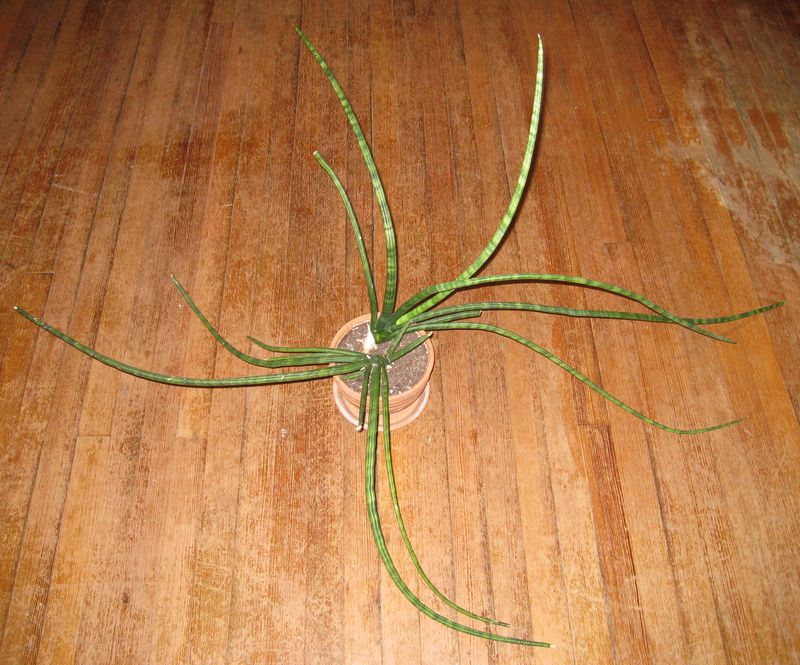 I think its actually Sansevieria cylindrica, and as such, it needs higher light levels than many of the other varieties. Grown in bright daylight, it will be more erect and is less likely to collapse the way yours has done, though some stems may still splay to an extent. It also looks as if it needs to be set just slightly lower in its pot, so that the soil is supporting the base of the plant better.

If you can find a spot for it where it will get bright daylight, even with some sun, then I'd cut out the more splayed out stems, leaving the more upright ones. As the pot its currently in is almost full to the brim, I suggest you find a slightly taller pot, but not bigger otherwise, and repot, increasing by not more than quarter to half an inch the depth at which its planted, or just add horticultural grit to the top of the pot to provide a bit more support, again no deeper than quarter of an inch, and see what happens. With regard to the height of the pot, its better to always have one that's tall enough to leave a clear half an inch at the top with no soil or plant roots, to facilitate watering (stops it running over the edge before penetrating the soil). With better light conditions, it should produce more erect growth. More info about this plant generally in the link below - growing as a houseplant, scroll down the page

Not the answer you're looking for? Browse other questions tagged houseplants pruning succulents or ask your own question.

13
Is there a way to prune or train my tree to grow more horizontally?
8
How can I safely prune a melon vine?
4
Question Repotting Sansevieria (Mother-In-Law's Tounge)
2
Jabily/elephant tree (Operculicarya decaryi) bonsai
10
Bonsai basil? Tips on herbal bonsai
5
How do I prune Verbena bonariensis?
6
How can I stop removed branch stumps from spouting 'beards'?
3
Should I prune old dead sections of my rose bush while new growth is appearing at the base?
2
What is this plant with bean-like structure at the base of its stem?